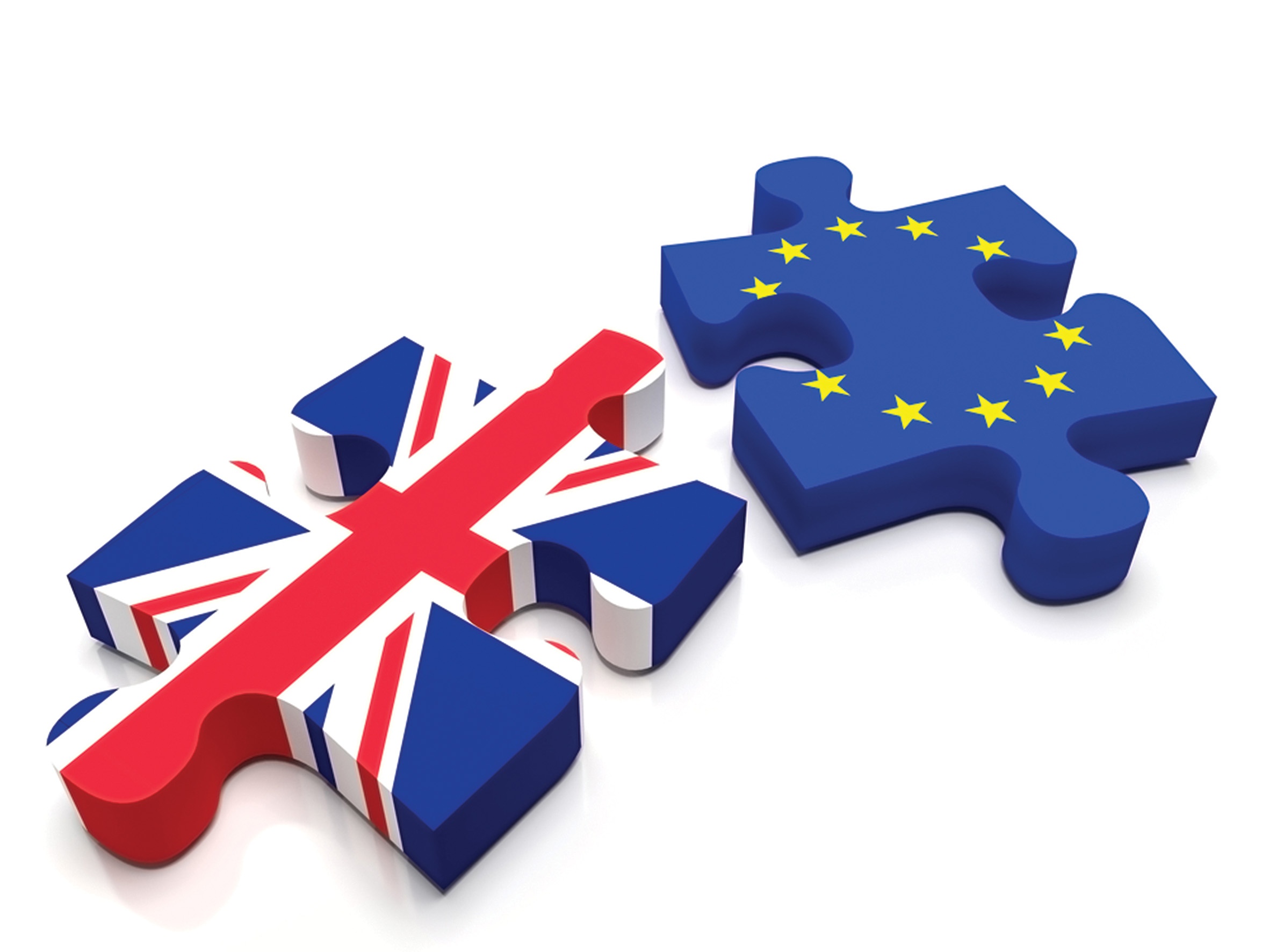 Politians, bankers, big businessmen and journalists have all been making their pronouncements about whether we should leave the European Union or stay in it.

They all give their opinions on whether we will be richer or poorer, safer or at risk.  Do we need the EU as trading partners or will we be better off independently trading in world markets?  But I’ve yet to hear any leader in church or state calling the nation to seek the guidance of God for the future wellbeing and prosperity of Britain. 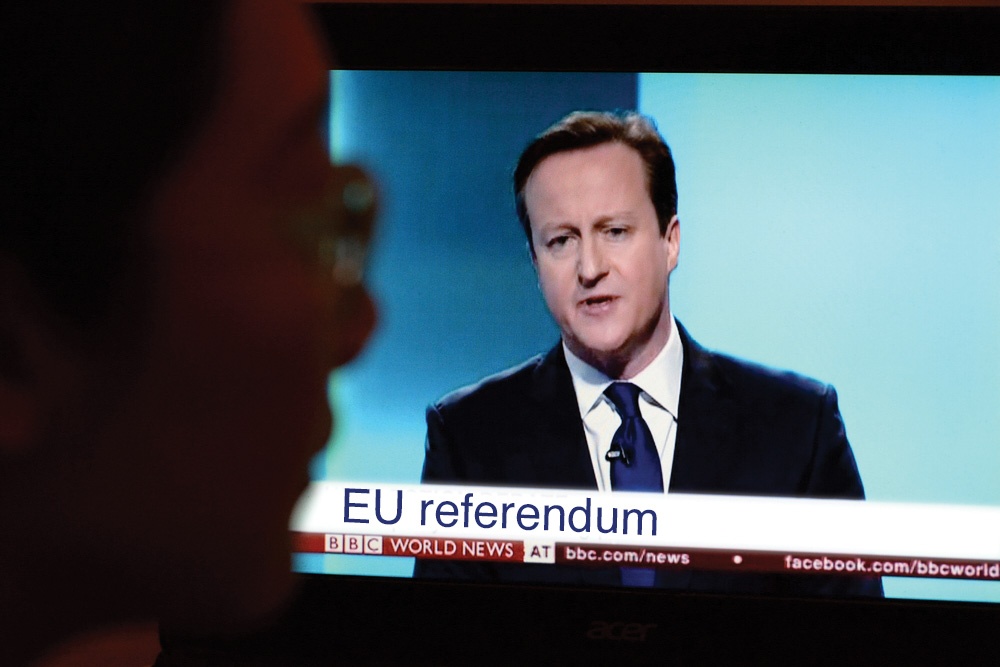 The Prime Minister promised to seek major reforms in the EU so that he could recommend the country to vote in the Referendum to stay in a ‘Reformed’ Europe.  But no such ‘reformation’ has been achieved.

There is no change to the Common Agricultural Policy which is strangling the life out of British farming. Farmers have the highest rate of suicide of any occupation and the dairy farming industry is likely to be wiped out because of EU regulations.

There is no change in the Fisheries Policy which forces our fishermen to throw thousands of fish back into the sea in order not to exceed their quotas, whilst we buy fish caught by foreign fishermen in our own waters. Britannia certainly does not ‘rule the waves’ around our shores since we gave away our sovereignty to the EU.

And there is no change in the predominance of the European Court of Justice that takes precedence over our own legal system, which many believe to be the best in the world. It has been developed over the past 800 years, since Magna Carta.

In this newspaper we are not only concerned with economic, political and social matters but with the spiritual health of the nation.   We remember that in the negotiations leading up to the Maastricht Treaty there were strong attempts to get some reference to the centuries-long Judaeo-Christian tradition shared by all the nations of Europe. This was vehemently resisted by the secular humanists who have gained power among the unelected officials in the European Union.

Their atheist values have had a fundamental effect in promoting the secularisation of Britain.  It was EU law that paved the way for Same-Sex Marriage in Britain, and the European Court has the power to overrule our laws in the UK.  This means that our Parliament no longer has the power to govern the nation in accordance with the will of the electors.

A 2010 case law challenge to the EU ‘Charter of Fundamental Rights’ (that became binding in December 2009) from Austria which, though unsuccessful, led the European court to affirm same-sex relationships as a valid form of family life protected by fundamental human rights:

This opened the door for a challenge to the law in Britain restricting marriage to persons of the opposite gender, paving the way for the Same-Sex Marriage Bill. Our politicians knew that it would not be long before our laws in Britain would be challenged in the European court and David Cameron knew that it would be politically expedient to go for it with the support of the Lib Dems and the secular humanists on the Opposition benches being forced to change the law by the EU.

There is a basic spiritual truth that when a nation deliberately rejects the truth of God’s word, it puts itself outside the blessing and protection of God. This is what has happened in Europe, which has gone from being the most Christian continent in the world to being the most secular.

Today the nations of Europe are facing multiple problems as they struggle to cope with a vast influx of migrants, high unemployment and growing social discontent, compounded by the desperate attempts to maintain the Euro, which are causing incredible suffering to the poor in countries such as Greece, Spain and Portugal.

Of course they all want Britain to stay in, to help prop up this ungodly and repressive system, which is why all the leaders spent so much time trying to shuffle together a few crumbs for our Prime Minister to take back to London and claim it as a new deal in a “reformed Europe”. This is so far from the truth as to be laughable if it were not so serious.

Politicians and leaders of big businesses are combining to try to scare the voting public into remaining in the EU. But the greatest fear is not in leaving, but in staying in an ungodly and failing organisation. The warning signs have been there for a long time. Now we have the opportunity of escaping before the collapse comes – like Lot getting out of Sodom, or Abraham leaving Ur.

Of course it leads us into unknown territory, but this is where trust in God is far more important than making pacts and treaties with other nations. Jeremiah had to warn the politicians in his day that making treaties with other nations would lead to disaster. He said “The Lord has rejected those you trust; you will not be helped by them” (Jer 2:37). Sadly, the leaders and the people refused to listen and only a few years later Jerusalem was destroyed by the Babylonians who invaded the land.

The big question facing us today in Britain is whether or not we have sufficient trust in God for him to be able to lead the nation into ways of righteousness and prosperity.

God is not dependent upon numbers! He loves to work out his salvation with just a handful of people who are totally committed to him like Gideon’s 300; and like the 120 disciples on the Day of Pentecost who shouldered responsibility for the ‘Great Commission’, taking the message of God’s salvation to all the world.

Today, God is calling the faithful remnant in Britain to intercede to save the nation. As the prayers of the faithful saved the nation at the time our soldiers were rescued from Dunkirk and our airmen won the Battle of Britain against the might of the Nazi war machine, so too faithful believing prayer has the power to influence the destiny of the nation.

God is mobilising the faithful remnant in Britain to intercede to save the nation.

We are being offered just such an opportunity to put our trust in God. Even though we will be treading unfamiliar paths; if we are doing this in trust in God, he will respond and ensure that blessing will come upon the nation.

The God of Creation, who holds the nations in his hands, is faithful to keep his promises. He says:

I will lead the blind by ways they have not known, along unfamiliar paths I will guide them; I will turn the darkness into light before them and make the rough places smooth. (Isa 42:16)  The faithful remnant of believers in Britain today have the opportunity to bless the nation through their prayers and through their witness; that if we put our trust in the Lord he will lead us, not only into ways of righteousness but into times of prosperity and peace.