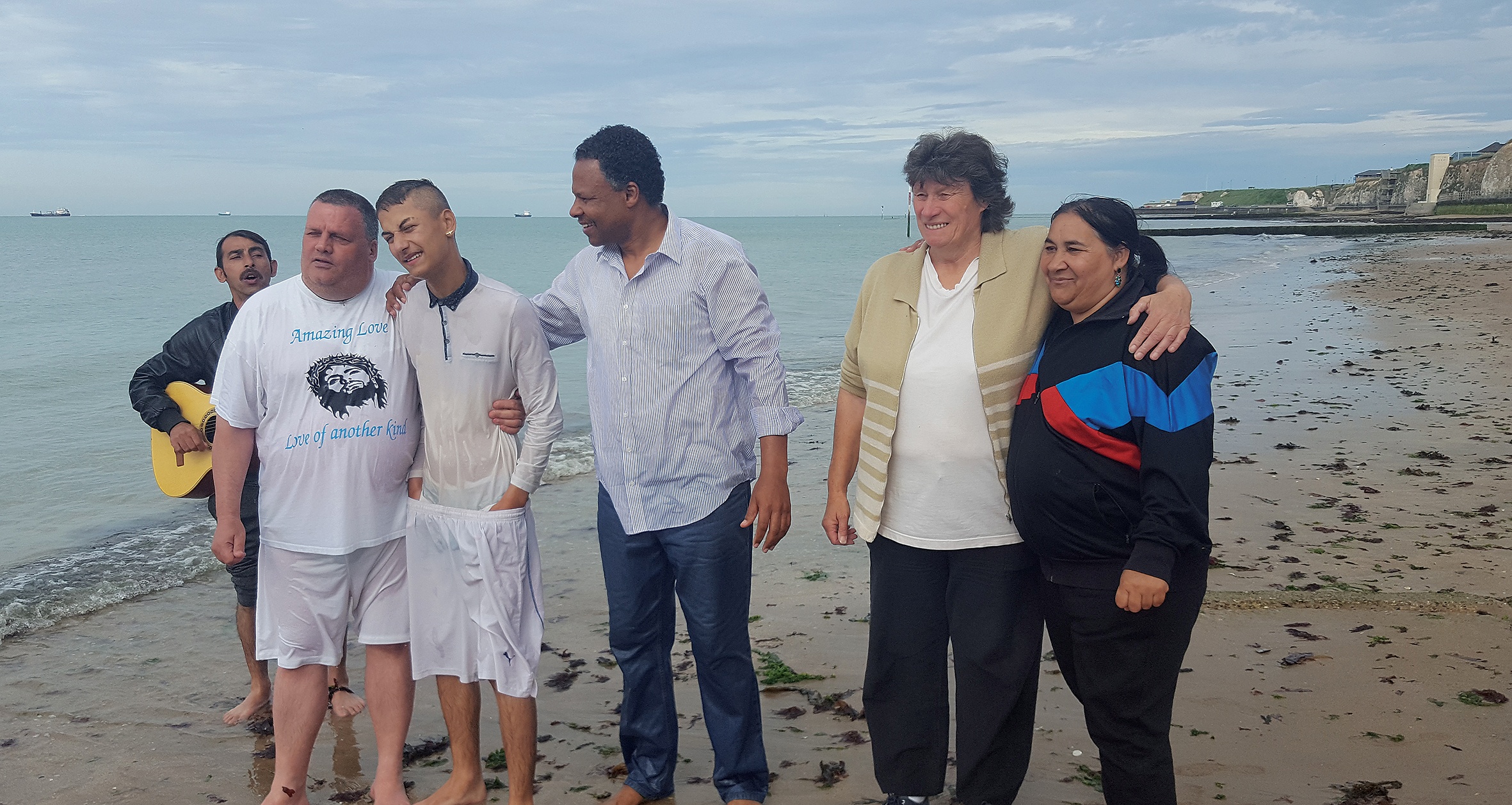 A conference featuring visiting American preacher John Shiver (pronounced Shyver) was part of the activities that birthed a new outreach fellowship in Cliftonville at the start of the summer.

John was on his 39th trip to the UK and spoke on a topic we don’t hear much about these days – “The Blood of Jesus”.

A week earlier the fellowship had taken part in a yearly community fair in which they gave biblical prophetic encouragement to people using the ‘Jesus deck’ – a pack of cards about the life of Jesus.

The fellowship was birthed through the ministry of Robin Jegede-Brimson who also leads a church and prayer community in Whitstable. Robin reports, “For several months the Lord has laid Cliftonville on my heart. Every time I came to the area I would feel like God has given us authority here; eventually after much prayer we obeyed his prompting and started meetings at a local hotel as we began to reach out to people in the area, seeking to disciple them and bring them into the Christian family.”

Already this new outreach has seen its first converts to Christianity, including ‘street kids’ and its first sea-water baptism.