How do you wave an Israeli flag in public? 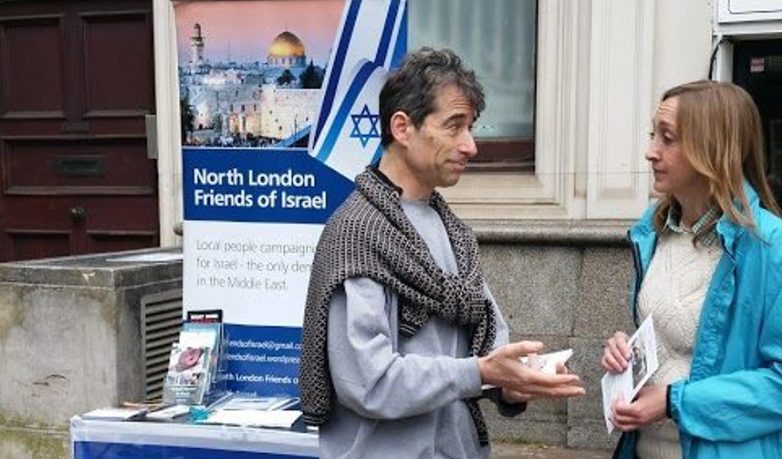 For most people the idea of waving an Israeli flag in public probably seems suicidal. We have become used to the idea that supporting Israel is a sort of guilty secret, not to be revealed in public.

At North London Friends of Israel we decided that we had to be visible. When we stand in a busy shopping street or a local festival with leaflets, literature and Israeli flags, we are making a strong statement. A key part of that statement is that we are ordinary, local people.

We have been running our programme of stalls for nearly two years. During that time we have distributed thousands of leaflets, signed up dozens of new contacts and had many interesting (and over-whelmingly courteous and constructive) conversations.

For every one of the volunteers involved, the first time was intensely nerve-wracking. It was with almost a shock that we discovered you really can stand and talk to your neighbours openly about Israel.

Has there been hostility? Very occasionally, but when it happens we avoid confrontation and agree to differ. We have made contact with many who are supportive, and some of them have become active in their turn.

North London Friends of Israel is part of a growing movement with branches all over the UK (and Ireland) and embraces Christians as well as Jews.

In our area, where the majority of British Jews live, most of our current membership are in the boroughs of Barnet and Enfield. We are also keen to recruit in Haringey, Camden and elsewhere in North London. So please join us if you’re fed up with the attacks on Israel and want to help change public perceptions.