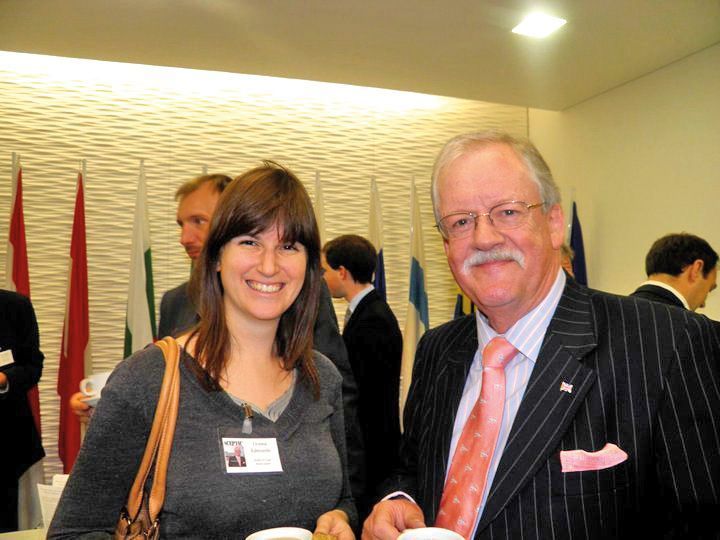 Another Christian candidate, Donna Edmunds, speaks of surviving a media storm – and how Richard Dawkins provoked her into becoming a Christian

Her comment that business owners should be allowed to refuse services to anyone they wanted for any reason reached the national press and was interpreted as implying prejudice on her part.

When the Brighton Argus newspaper asked the 33-year-old to clarify her statement, she was able to explain, “I’m a libertarian, so I don’t think the state should have a role on who business owners serve.  I wouldn’t refuse to serve gay people and in no way endorse any form of discrimination.  I regret what I wrote and can see how an essentially libertarian stance could be broadly misinterpreted.  I believe in cutting red tape for business and I also strongly believe in an individual’s personal and religious freedoms.”

It has not deterred Donna from standing as a prospective European Parliament member for the south-east and she has drawn strength from the support of fellow church members.  “I had a number of people approach me that Sunday after church to express both sympathy that I had been so badly misrepresented, and to agree with my original statement.

“I think that many Christians in particular are uncomfortable with the way that ‘equal rights’ has come to mean that some sections of society are awarded preferential treatment, possibly because Christians seem to be bearing the brunt of this legislation, such as the Christian Bed and Breakfast owners.  There is an unfair double standard.”

Donna has been a Christian for five years – persuaded, ironically, by Richard Dawkins’ book, “The God Delusion”.

“Being utterly unconvinced by it, I decided to find out more. I started by attending Southover Church in Lewes, whose ministerial team I cannot praise highly enough. Their  warm reception meant I was keen to go back week after week, to make new friends and ultimately to find a new way of life.”

Currently she attends the parish church in Barcombe, where she moved two years ago and again speaks warmly of its clergy.

Donna, a zoology graduate from Cardiff, attended Burgess Hill School for Girls and is in favour of grammar schools for the opportunities they provide.  After various jobs she went to work for MEP Roger Helmer, but felt that the EU was “highly damaging” to Britain’s interests.  “I met people who just saw Britain as an off-shore island of Europe, whereas I’m proud of our heritage and values.”

Although elected to Lewes District Council as a Conservative, she was the first councillor to move to UKIP in January last year.  Chief of “about a million reasons” was her belief that the Conservative party had abandoned its economic and social conservatism (low taxes, small state and regard for our cultural heritage).  Locally, her main reason for resigning was over a broken promise on council tax rises.

If elected to Brussels this May, Donna has plans in place for her Ukrainian-born Jewish mother to continue helping care for her two-year-old daughter Kitty, who suffers from Angelman Syndrome, a neuro-genetic disorder which affects children’s speech development.  She says, “To my shame I’m a single parent, but I believe that God forgives our sins if we truly ask for forgiveness – even the big ones”, and declares that her daughter Kitty is “an absolute blessing.”