Who deceived the nation? 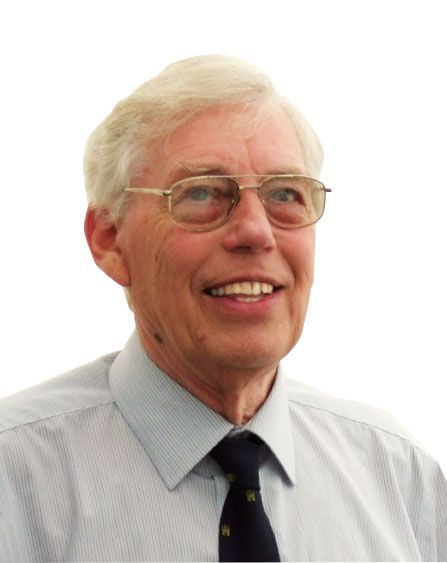 Did the Paralympic ceremonies bring a storm warning?

In the last issue of this newspaper I wrote about the storms that battered the coasts of Britain earlier this year and the floods that devastated the homes of hundreds of families – many of whom are still suffering from the effects. I linked the storms with the denial of our Christian heritage which was broadcast to the world from the closing ceremony of the London Olympics. I gave a quote from the closing ceremony of the Paralympics.

Since then one of my friends has done a careful investigation of both the opening and closing events of the Paralympics. What has been revealed is so shocking that I am almost lost for words! The whole thing was a mixture of atheism, occultism and Satanism bordering on the blasphemous. Christians would be justified in calling for a public enquiry to discover who was responsible for deceiving the nation with this toxic mixture and presenting it to the world as the religious heritage of Britain. These are strong words, but just look at the evidence.

The official programme for the closing ceremony stated, “This evening’s ceremony honours the spirit of festivals.” It then listed eight festivals claiming that these represented the spiritual heritage of the nation. None of them were Christian although Christianity has been with us for 2000 years! The programme said, “As the circle of the seasons turns through the night, we will also honour the elemental forces that shape each year and have been marked by our ancestors through spiritual rites and ceremony.”

The Queen and the PM

In the presence of the Queen and other members of the Royal family, and the Prime Minister and other leaders of the nation – the central theme of the opening ceremony featured an apple. It was claimed to be a tribute to Sir Isaac Newton when an apple fell on his head inspiring him to formulate the theory of gravity, but this was a flimsy pretext. Everyone was given an apple as they entered the stadium. They were all told to bite the apple at the same moment during the opening ceremony.

This was an allusion to the Garden of Eden and it was a celebration of the Fall of mankind when Eve took a bite of the apple from the tree of life that would enable her to be like God, knowing good and evil. The audience were told that there were 62,046 apples distributed for this ritual. To read this occult sign you have to take the sum of the digits: 6+2+0+4+6 = 18 which is 6+6+6, the number of the mark of the beast in Revelation 13.18.

All this appears to have been carefully planned deliberately to deceive the people who all celebrated the Fall together. This was followed by teaching the audience to sing a song which confirmed what they had all just done. It was entitled “I am what I am”. The first two verses were –

I am what I am

I am my own special creation

So come take a look

Give me the hook or the ovation

Life is not worth a damn

Till you can say, hey world, I am what I am

This repetition of the phrase “I am” which is the biblical name for God was designed to underline the atheist mantra denying the existence of God and emphasising the victory of evil over good and thus turning upside down the message of the Bible and mocking the God of Creation.

If the Queen sang these words she would have been denying the solemn vows to uphold the Christian faith that she made at her Coronation. Did the organisers of these events consult her Majesty or the Government before they broadcast to the world their atheist agenda as representing the faith of the British people? It is doubtful if more than a handful of the tens of thousands singing this ditty and biting the apple knew what they were doing. But how did the organisers manage to deceive the nation, or by whose authority? Why is it only just coming to light?