Last issue HEART led with a report on how two respected Christian media stations were facing major challenges. Here are the latest developments at the time of going to press 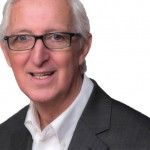 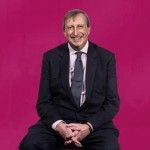 
A FIVE MONTH OLD INVESTIGATION by the Charity Commission into the accounts of the Revelation Foundation which hosts Revelation TV has taken a step forward – now that the accounts will be actually reviewed.

The Commission states that members of the public alleged the charity was being used for ‘private advantage’. A public statement said the Commission ‘subsequently scrutinised the charity’s accounts and identified regulatory concerns’, such as a ‘potential significant loss of charitable funds’.

Chairman Gordon Pettie pointed out the Commission had looked at the public audited accounts filed annually with the Commission and Companies House – but not the actual accounts.

He said: “They have now written to say that they would like to examine the Revelation Foundation’s books, bank statements, invoices etc, at our accountant’s offices in February. We are disappointed that it has taken five months to do what one would assume should have been the first action that they took.”

Mr Pettie will meet Commission representatives at the end of January to discuss the issue. Meanwhile HEART understands that Premier Christian Radio still faces extinction if £1 million is not raised to renew its radio licence, as previously reported.