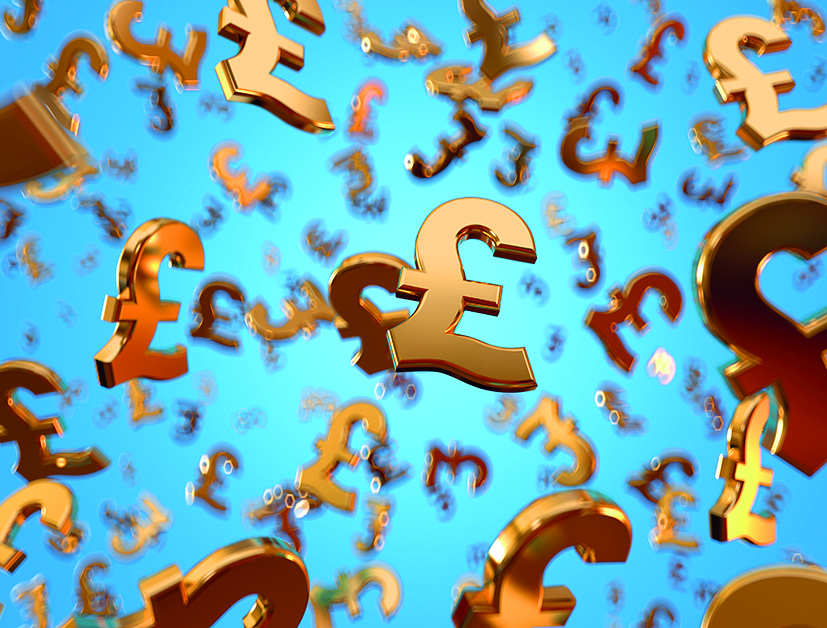 Driven primarily by fear, the measures introduced in the pandemic have been catastrophic for many people.

With populations weakened mentally and financially, our debt- based money system is now being replaced by a new regime. 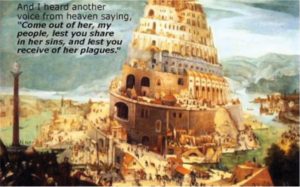 Fear has driven global populations into accepting draconian measures by governments that threaten democracy itself.

Millions of small-to-medium-sized businesses have closed, which has been devastating to economies. 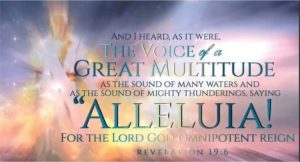 People are confused. Why would governments introduce policies that are wrecking economies? Why do this for the sake of a so-called pandemic flu-like virus that hundreds, if not thousands of doctors and scientists of international repute, say has a recovery rate of more than 99.7 per cent?

It is now dawning on many people that there is more than meets the eye to this onslaught of governments in unison across the world.

The 2008 global debt crisis, was, I believe, the first major sign that revealed our world monetary debt-based system (sustained only by massive amounts of money printing over many years) had suffered the equivalent of a near fatal heart attack. The system could be likened to a drug addict being kept alive by more and more of the same drugs.

But the patient (world economy) was near to death and the withdrawal of a drug – money printing – that was keeping the addict alive, needed to be withdrawn.

We are now in the process of this debt- based money system being replaced by a new system. But what is this new system to be?

Coming into view is the introduction of what central bankers are calling CBDC (Central Bank Digital Currency). The current world money system that requires ever increasing amounts of unrepayable debt, now in the multi- trillions, is ending.

I believe that everything we thought we knew about how life works is about to change.

Many well-known world leaders, including former US Presidents Bush and Obama, and ex-UK Prime Minister Gordon Brown, have, over many decades, referred to the dawning of a ‘New World Order’. But none of us should be surprised by this because it is crystal clear in the prophetic Scriptures that a time such as this would come.

Who would have thought that we would be the ones alive at this moment in time?

The big picture is gradually coming into view. More and more people are beginning to realise that a pathway is emerging.

It is drawing the world closer and closer towards outcomes that will eventually prevent people from having the ability to buy and sell. There will be no freedom without accepting the digitalised systems that will be able to identify anyone on earth, as outlined in the book of Revelation in the Bible. 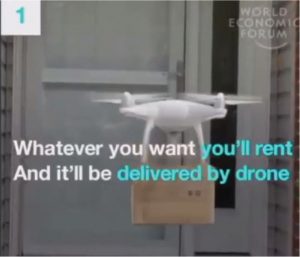 Because world trade is the lifeblood that enables people to buy and sell, and it cannot function without money, the first ‘system’ has to be the introduction of a replacement for the now failed debt-based monetary system. That is why central banks are at the point of launching Central Bank Digital Currencies.

This will enable central authorities to control the flow of money (as they can now) through mass manipulation. But this new system will also enable them to utilise mass identification surveillance techniques.

The clearest example of how this is working in a large population can be seen in China’s Social Credit System, which uses advanced AI (Artificial Intelligence) computer systems to track everything citizens do.

It is not even possible to use the train or buy an unsuitable book unless your digital ID shows that you are a ‘good citizen’, in which case you will have a ‘green’ on your digital passport that means you are complying with government dictates. 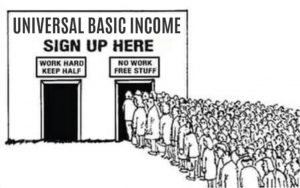 This is not new – history is full of tyrannical leaders who persuaded people of the need to be kept safe. Of course, all the references by world elites to the New World Order are for the ‘common good’.

The need to accept rules and regulations, which include having to use currency that has been digitalised and issued by the central banking system, is the ultimate control. The clear intention is to replace cash, that enables people to transact anonymously, with a method of control that prevents any transaction from being made if it doesn’t comply.

And so, who are these elites making decisions for our apparent good?

Helpful clues to the people hidden in the background came from Simon Johnson, former chief economist of the International Monetary Fund, and Gillian Tett, a British author and journalist at the Financial Times, where she is chair of the editorial board and editor-at-large, US.

They appeared in the award-winning film, ‘Four Horsemen’, by Mark Braund and directed by Ross Ashcroft, which was considered one of the top documentaries when released in 2012.

‘Four Horsemen’ lifted the lid on how the world really works, describing an “elite class, which rules with unparalleled power and unchecked corruption, while the general population sits narcotised by a widespread sense of apathy”. The introduction to the video is described by the makers, Renegade Inc, as “a time when we will never   return to business as usual. Twenty- three international thinkers, government advisors and Wall Street money men break the silence and explain how to establish a more moral and just society.

“‘Four Horsemen’ is free from mainstream media propaganda – the film doesn’t bash bankers, criticise politicians or get involved in conspiracy theories. It ignites the debate about how to usher a new economic paradigm into the world which would dramatically improve the quality of life for billions”.

You can still see the film on You Tube at this link: https://www.youtube.com/watch?v=5fbvquHSPJU

The illusion of growth and so-called wealth is about to end. All the paper assets that are currently held and counted as wealth are likely to literally dissolve because they represent only debt.

The introduction of a new, digital, centralised money system controlled by central banks can then emerge and replace the old debt-based system, which has run its course.

Agustín Carstens, General Manager of the Bank of International Settlements, is recorded as saying: (see video link): “We intend to introduce CBDC (Chinese Social Credit System) as cash, but there is a huge difference here. For example, with cash, we don’t know who is using a $100 bill today and we don’t know who is using a 1000 peso note today. “A key difference with the CBDC is that the central bank will have absolute control over all the regulations that determine the use of that central bank activity and also, we will have the technology to enforce that. Those two issues are extremely important and that makes a huge difference as to what cash is.”

The implementation of AI technology and robotics will eventually replace human labour. A Universal Basic Income would sustain all those who no longer have jobs, although in order to qualify, people will soon learn they will have to abide by strict rules and regulations. This will be just like the Chinese Social Credit System, which totally controls the lives and movements of millions of people who know nothing different.

No doubt, readers will want to know what they can do to protect their assets in the light of these utopian and authoritarian regulations to come. This is, of course, a very complicated subject, but in simple terms, everybody needs to consider ensuring that a large majority of any cash or savings is actually invested into tangibles, which would include land, property and other assets, and that can actually be held without any liability against them through any third party source.

Recognising the signs of the times 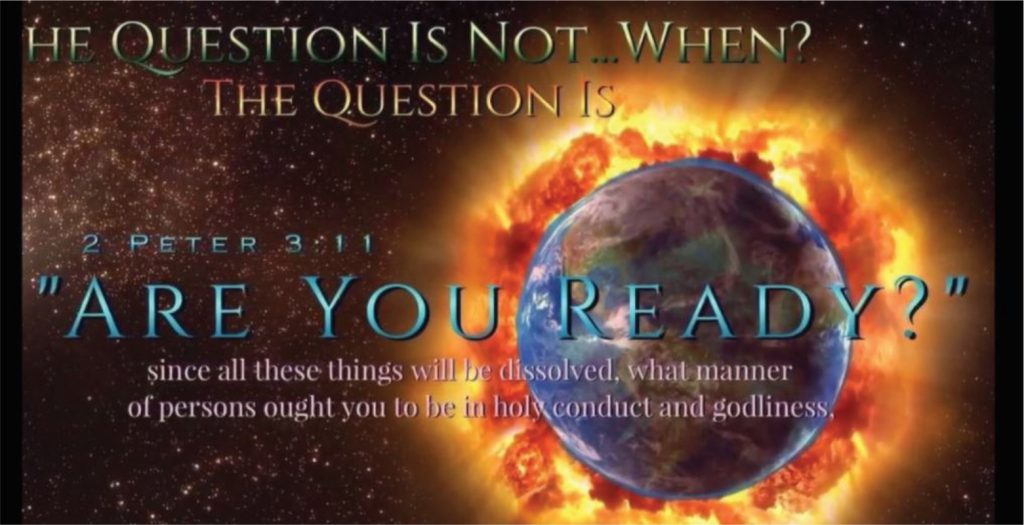 Clearly, we cannot know the future, but we are commanded to watch for the signs of the times (just as Jesus told those he spoke to when he first came).

He was astounded that the people knew how to read the weather signs but could not recognise the signs of the times that spoke of his coming to earth.

The challenge for all Bible-believing Christians, born of the Holy Spirit and seeking to hear from the Lord, must surely be to check the signs to see whether they are in line with the prophetic Scriptures that speak about the second coming of Jesus. But are they?

That we are nearing the return of Jesus Christ to reclaim the earth for himself and to rule for 1,000 years is now being proclaimed by many Bible- believing Christians. But we also need to realise that we are nearing the end of the Church age, which will involve the rise of the ‘beast system’, described in the Bible, together with an overlord (the Antichrist) who will control the entire world.

In the book of Genesis, when sin first entered the world, mankind was set on a self-determining future, wanting to do away with the concept of God.

At the building of the Tower of Babel, Satan used Nimrod to cause the people to come together as one through the use of a common language. This was despite God’s command to go and scatter to fill the earth.

The Bible says that Nimrod urged people to want to make a name for themselves and to reach to the heavens – effectively to be as God.

Today we can see that in man’s continued striving for independence and to be like God he has finally, through technological expertise, reached the stage where he can believe that he can be eternal.

Thus the elites have enabled themselves to literally control the masses through the processes I have described. They have manipulated the future, which will serve the purposes of the Antichrist. These powerful elitist   individuals have always believed in evolution and the concept of eugenics which they believe will enable them to control the world’s population. To them, our sheer numbers could not be sustained with the limited resources available, leading to the destruction of the planet.

The elitist individuals involved often come from dark backgrounds and include members of powerful families like the Gates and Rockefellers. With connections that have infiltrated deep into the heart of society at so many levels over many generations, they now wield great power within organisations including the World Health Organisation, the pharmaceutical industry and many of the top trans-global corporations, where major conflicts of interest exist.

The truth is, that for those with eyes to see and ears to hear, it is possible to see the manipulation and convergence of events that is being used to bring about Satan’s greatest ambition, which is to receive the worship of the whole world that belongs only to the Lord God.

This article is based on a talk given by Graham Bridger last December, 2021. It follows on from his session, ‘The Death of Dreams’ given at the Navigating the Pandemic Fog conference last March,

His book, ‘Converging Sins and Rejection of Truth’ is available from Amazon.