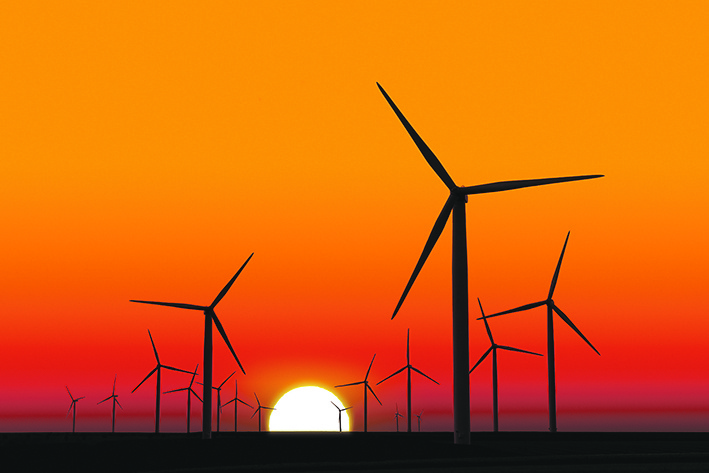 Their vision for your future

Prince Charles has been involved with environmental affairs for decades and I believe his intentions concerning the environment are very sincere.

But the fact he is now endorsing the World Economic Forum’s (WEF) ‘Great Reset’ initiative, working with Klaus Schwab, the founder, brings him into another league. Does the heir to the throne have any real idea about what he is  involved with?

Does Prince Charles have any real idea about what he is  involved with?

It is far more than noble measures to tackle climate change. I have been studying this for years and believe that the Great Reset involves nothing less than the complete reorganisation of the whole world’s monetary system. In fact, this was confirmed by the managing director of the International Monetary Fund (IMF), Kristalina Georgieva, who said this is a “new Bretton Woods moment”.

She is referring to a meeting of world leaders in July 1944 in a hotel in Bretton Woods, New Hampshire, who prepared to implement a new world monetary policy after World War 2 with the US dollar as the world’s reserve currency.

With the impending failure of our current monetary system, now drowning in debt that can never be repaid, a new system is once again being prepared. But this time it is in line with the move towards a fully digital, Utopian world envisaged by Central Banks, the United Nations and the WEF.

The WEF, more widely known simply after its Swiss host town, Davos, has been meeting for over 50 years and is now attended by around 3000 participants from over 100 countries. This includes over 50 heads of state, major world leaders, the World Bank, the IMF, United Nations and the World Health Organisation. It also includes about 800 of the world’s richest corporations, with Bill Gates from the Bill and Melinda Gates foundation and CEOs from Amazon, Microsoft and other major high-tech players.

Have you heard the slogan, “Build back better” recently? Joe Biden adopted it as his campaign slogan and it has been repeated by world leaders including  our own Prime Minister, Boris Johnson. This mantra is in line with the Utopian vision of the United Nations 2030 agenda, ‘Building a more sustainable future’, supported by the Pope.

It appears that the Covid-19 crisis has been very useful as far as the WEF is concerned. Indeed, Klaus Schwab has published a book this year called ‘Covid-19: The Great Reset’. For some of us, it’s quite a scary read.

Schwab asserts that the world will “never” return to normal, despite also admitting that coronavirus “doesn’t pose a new existential threat.”

The world will “never” return to normal

In one of his other books – ‘Shaping the future of the Fourth Industrial Revolution:  a guide to building a better world’ – Schwab speaks of ‘stakeholder capitalism’, which encompasses changing all the systems we take for granted today, from the way we produce and transport goods and services, to the way we communicate, the way we collaborate, and how we experience the world around us.

Schwab also hails the arrival of “implanted devices (that) will likely also help to communicate thoughts normally expressed verbally through a ‘built-in’ smartphone, and potentially unexpressed thoughts or moods by reading brain waves and other signals.” Ostensibly useful for apprehending criminals, this has been interpreted as a future where people have their every movement tracked and every thought read by an implantable microchip.

“You’ll own nothing and you’ll never have been happier”

In other words, it’s the management of the masses by a privileged elite, under the guise of knowing what’s best for you better than you do. You may also have heard the slogan, “You’ll own nothing and you’ll never have been happier”, from an article written by Ida Auken, a young globalist leader and member of the Global Future Council on Cities and Urbanisation of the World Economic Forum. (Forbes magazine, November 2016)

Forbes magazine also reported on 14 January that Bill Gates is now the biggest owner of US farmland; he and other billionaires such as Amazon’s Jeff Bezos are buying up huge swathes of farmland while preparing millions to own nothing.

It is clear that the WEF is guiding and leading the world towards a dystopian future and there is a need to seriously study their future plans.

Firstly, the plans of Klaus Schwab and others working with those in the high-tech world like Elon Musk and Ray Kurzweil, the chief engineer at Google, who are intent on fusing the physical, digital and biological world together. Some fear this will lead to transhumanism.

Secondly, Schwab’s plans in working alongside the Bill and Melinda Gates Foundation where, together, they staged a high-level pandemic tabletop exercise, ‘Event 201’ (18 October 2019). It was designed to ‘play out’ how to manage a real worldwide coronavirus epidemic just a few weeks before the real Covid-19 crisis hit the world.

Thirdly, to consider the involvement of the Bill and Melinda Gates Foundation and GAVI, the Global Alliance for Vaccines and Immunisation, which Gates founded. He recently stated that the best investments he has ever made have been in the pharmaceutical industry and he is very keen to promote worldwide take-up of vaccines.

Fourthly, to consider the complexity of the WEF website’s ‘Strategic Intelligence Planner”, which could only have been created over years of planning for worldwide influence. I believe it reveals the sinister intentions of those who believe they can re-shape the world. Identity, 5G and artificial intelligence feature in the Fourth Industrial Revolution section. The fusion of your personal, financial and health identities are being trumpeted as a benefit, but of course the strings attached will be pulled by faceless high-tech entities.

Last but not least, the fact that America is the last bastion of democratic power to be toppled by the globalists. As Joe Biden prepared to become the 46th US president, he issued a series of executive orders to sweep away some of Donald Trump’s most controversial policies which had kept the US and her key ally, Israel, safe.

Whatever we might think about Trump, we need to remember that these policies restored Jerusalem as the capital of Israel, were anti-abortion and prevented Iran from being able to threaten Israel with annihilation.

In his books about the Fourth Industrial Revolution, Klaus Schwab explains how all disciplines, economies and industries will be impacted – and it will do so at an unprecedented rate. I seem to recall a well-known leader during the Second World War with similar Utopian intentions who through his fiery speeches stirred a nation into the most sinister outcome imaginable.

Should we be afraid? How should we prepare and pray? I hope to deal with this in a follow-up article.

In his book ‘Converging Signs and Rejection of Truth – are we ready for the Return of Jesus Christ?’ Graham Bridger explains how his background in banking, fund management and financial strategic planning led him to begin researching the root causes of the 2008 global financial debt crisis. He considers how current world events are in line with Bible prophecy and the need to prepare for the return of Jesus Christ.

Prince Charles says: “The pandemic is a chance to think big and act now”

WEF website: The Fourth Industrial Revolution – what it means and how to respond

WEF website – What is it to be human in the Fourth Industrial Revolution?