The dark shadow of eugenics behind ‘pro choice’ 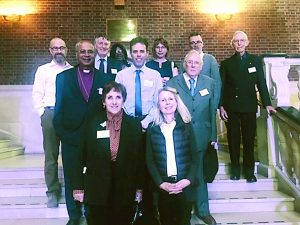 Perhaps the most shocking evidence presented at this conference was the fact that the horrors of backstreet abortions had been grossly exaggerated in order to achieve the 1967 Abortion Act.

In fact, the data on maternal deaths and illegal abortions which underpinned the Act was simply non-existent, according to Rev Lynda Rose, CEO of Voice for Justice UK (VfJUK) and convenor of the conference.

Perhaps the most shocking evidence presented at this conference was the fact that the horrors of backstreet abortions had been grossly exaggerated in order to achieve the 1967 Abortion Act.

Also concealed was the shadow of eugenics behind the founding of the Abortion Law Reform Association (ALRA) in 1936. Its campaigners were motivated by the supposed ‘perfectibility’ of the human race, believing that contraception and abortion should be used to prevent the poor from ‘breeding’.

Marie Stopes (1880-1958) lobbied Parliament to legislate for compulsory sterilisation to “ensure the sterility of the hopelessly rotten and radically diseased… by the elimination of wasteful lives”.

In 2018, one in four pregnancies ended in termination, and the number of recorded abortions in England and Wales – 200,608 – reached an all-time high. This statistic of 530 lives lost each day will only increase with abortion now allowed in Northern Ireland, the last part of the UK to have held out against state-sponsored terminations. Had these children been born, our fertility rate would not have slumped so dramatically. Now the Gender Equality Advisory Council is pushing for abortion to be allowed up to birth. 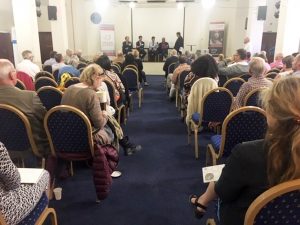 Question time with the panel

VfJUK’s strategy director Robert Harris highlighted how disability is not a protected characteristic for the unborn; indeed, those who condemn gender abortion don’t have the same qualms if the baby might be disabled.

Unborn babies have a life in the womb; foetal neonatologist Professor John Wyatt showed images of the preborn sleeping, hiccupping and pummelling.

In his professional role he had cared for babies born as prematurely as 22 weeks on a downstairs ward, while upstairs, women whose unborn child had been diagnosed with a foetal abnormality were put in the profoundly distressing position of deciding whether they should keep or abort an often significantly older pre-born child. He also spoke of the huge amount of hidden grief experienced by men who had lost their child. By excluding men from abortion they have been stripped of responsibility.

Infertility treatment already foreshadows the designer baby where parents will be able to select their future child’s characteristics. It screens large numbers of embryos for defects to determine who will be ‘disaggregated’ and the few who will be born.

Bishop Michael Nazir-Ali, who had spent many uncomfortable years at the Human Fertilisation and Embryology Authority (HFEA), gave biblical examples of the pre-born infant, such as Elizabeth calling the six-week embryonic Jesus, “My Lord”.

Three brave women testified to how they’d been almost press-ganged into abortions as recent, badly off migrants. A moving testimony came from a woman who, aged 17 and new to the country, became pregnant by a man who abandoned her. She was led to believe abortion was the only ‘choice’, and to this day grieves for her first child.

As Robert Harris pointed out, it takes an act of doublethink to see abortion providers as offering ‘choice’ to women who feel that abortion is the only alternative. When we hear “My body, my choice”, we need to remember the hidden body and soul.

With thanks to Belinda Brown