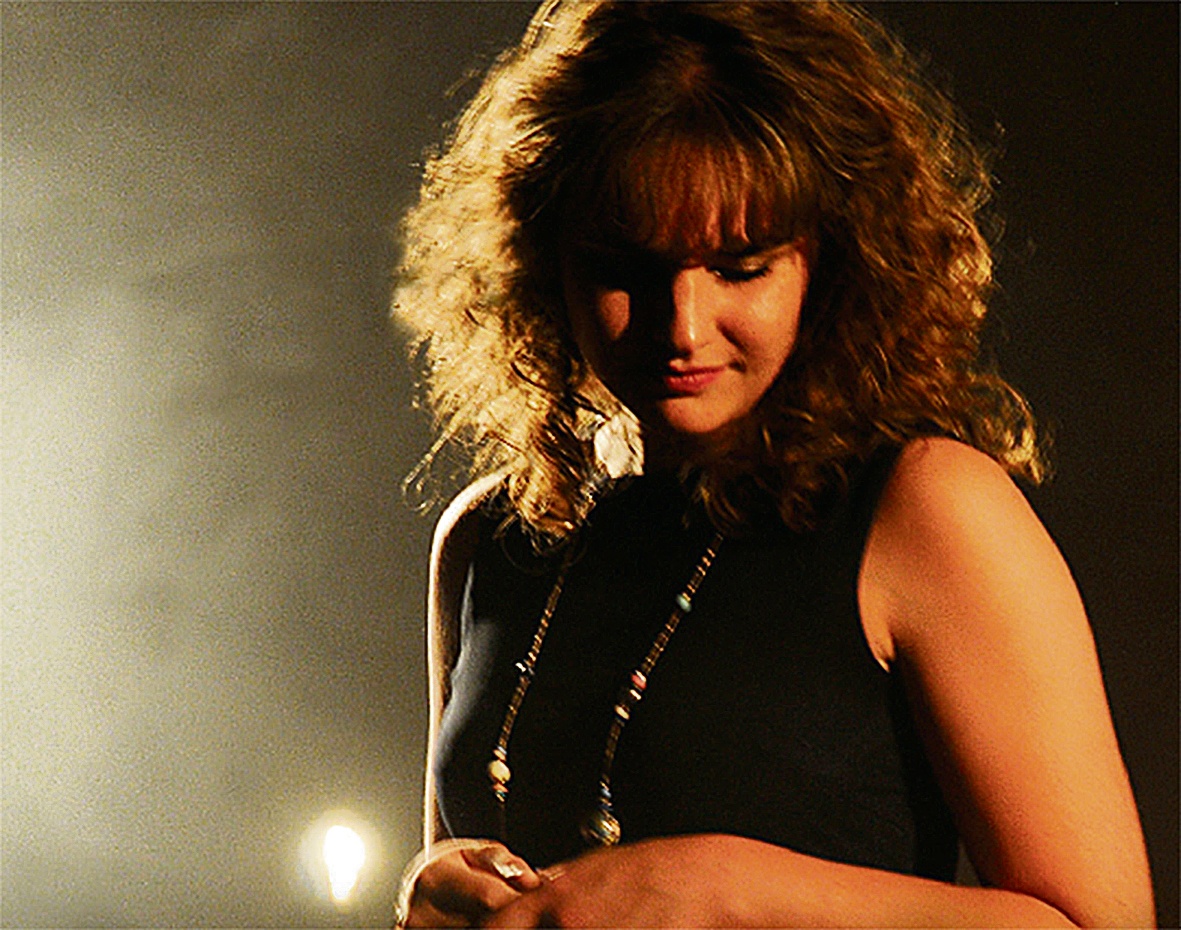 This was a concert featuring young singer/songwriter Melissa Hubert. Her audience was mostly young people and families who made an enthusiastic and supportive crowd.

Melissa’s songs are all her own work drawn mostly from scripture, both up-beat and tender. She holds attention well, and moved to and fro with confidence in an elegant figure-skimming dress.

The programme was drawn from her two albums, ‘In the Frame’ and the recently released ‘Jericho’. There was also a song written only four days before. Inspired by seeing her Mum go through difficult treatment, Melissa wrote a song for her and accompanied herself on the piano.   Sung with great feeling, it was truly anointed.

The song of the evening was ‘Rock of Ages’, an up-beat number I was still humming the next day.

In the backing group were sister Aisling (pronounced ‘Ashling’) on tambourine and vocals with lovely harmonies, Matt Kerr on guitars and vocals, who also did a set of songs in the second half, Elaine Patience on electro-acoustic violin, and Mike Sandeman on keyboard. Mike has also produced Melissa’s albums and wrote the score for ‘The Garden of Gethsemane’, a high spot of the evening.

Family friend Andrea Minichiello Williams gave a talk on Christian Concern outlining its work in support of Christians persecuted in Britain and in fighting increasingly ungodly legislation. Andrea’s organisation has also represented Aisling Hubert in her fight to prosecute a doctor for performing an abortion on a girl due to her gender.

In his introduction, actor and media consultant Israel Oyelumade (who had helped Melissa prepare for the evening), described Melissa as a modern-day psalmist whose work touches the heart and brings healing.

Putting the key in my front door at home after the concert, I realised I was different from when I had gone out: I had been gently uplifted and refreshed.

More information and albums are available from melissamusic.co.uk