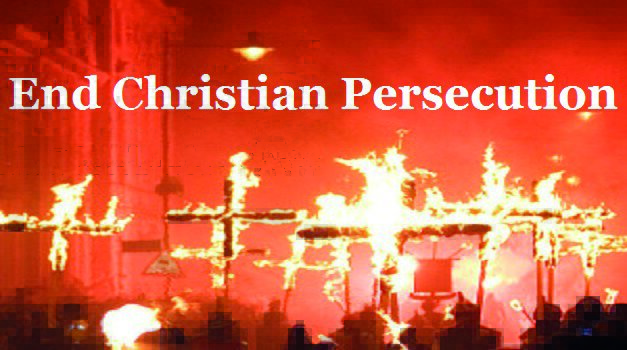 What we can learn from the persecuted Pilgrim Fathers

Surveillance, fines, imprisonment, being deprived of livelihoods – no, not a future lockdown, but the factors that drove the Pilgrim Fathers to set sail in the Mayflower. Historian Philip Quenby says it provides important lessons for what is unfolding around us

Climate change, rapid technological innovation, religious persecution. No, not 2020 but 1620. Researching my book ‘One Small Candle: Mayflower and the Pilgrim Fathers’, I was struck time and again by the similarities between their world and ours.

This isn’t distant history. It’s a bang-up-to-the-minute glimpse into what we’re facing, and why. And it provides important lessons for how we need to respond to what’s unfolding around us.

Technological innovation? Just like the internet, movable type printing exponentially increased the rate at which ideas could spread, while a host of new inventions (refracting telescopes, for example) enabled new discoveries and sparked new ways of thinking about the world.

Separatists were widely regarded as cranks, troublemakers or fanatics

But the biggest parallels between then and now are ideological. Take the Church. The people we call Pilgrim Fathers were Separatists. Unlike Puritans, they weren’t interested in reformation of the Church as it then was.

Instead, they looked for restoration of the Church as it had been in its earliest days. With today’s denominational churches seemingly moving further and further from the biblical pattern and orthodox teaching, that’s something to ponder.

Or consider their position in society. Separatists were a minority within a minority, widely regarded as cranks, troublemakers or fanatics; even Shakespeare had a dig at them in his play ‘Twelfth Night’. Separatists had to stand firm for their beliefs in the face of widespread mockery and condemnation from the world around.

They also faced persecution by the government of James Stuart: surveillance, fines, imprisonment, being deprived of homes, possessions and livelihoods. Eventually, they were driven into exile.

King James’ political philosophy was the ‘divine right of kings’ – the idea that kings were chosen by God and answerable to him alone. According to this way of looking at the world, the king’s word was law and he had to be obeyed, come what may.

The relationship of the individual to the state was one that left no room for freedom of conscience. For Bible-believing Christians then, as now, this threw up difficult issues concerning the balance between proper submission to the governing authorities (Romans 13:1) and the need to obey God rather than men (Acts 5:29).

The more I looked at it, the more I saw how the society the pilgrims built in America grew out of the biblical ideas of covenant and consent and the more I became convinced we can’t have genuine freedom, democracy and rule of law without the Bible. It’s the Bible that sets a moral framework for just laws and tells us leaders are subject to the same law as everyone else, so a ruler’s authority is under judgment and his power is limited.

We’ve allowed the Enlightenment to lay claim to this heritage. It’s time to reclaim it, and to learn from the wisdom of our forefathers in their fight for freedom, justice and the right to worship God as they chose.

‘One Small Candle: Mayflower and the Pilgrim Fathers’ by Philip Quenby is available in print and e-book formats direct from Onwards and Upwards Publishers and on Amazon. See:
https://www.onwardsandupwards.org/product/one-small-candle

A new crisis is facing Christians in Algeria, which reveals the extent of the Algerian state’s excessive sensitivity.

The crisis erupted one morning in October when one of the radio stations broadcast a Lebanese song, in which a clip says: “That night Jesus visited us … that night Jesus coloured us.”

On the strength of this, the radio director was investigated for broadcasting hymns glorifying the Christian religion before
being dismissed from his job, which caused a social media uproar.

Historically, since the beginning of the 1960s, with the escalation of restrictions on Christians, the proportion of Christians in Algeria has declined from 12%, to only 1% of the population.

According to a report by the US Commission on International Religious Freedom, Christians in Algeria were subjected to state repression, which resulted in the closure of more than a dozen churches in 2019, and the closure continued the following year. To date, the churches have not been opened again, and the commission has recommended that Algeria be placed on the State Department’s special watch list.

One lady told me: “I have struggled a lot as a Christian here. To be Christian in Algeria is different from one state to another; I was threatened in one of the states by people who wanted me to convert to Islam to ensure my safety.”

The persecution of Christians, a marginalised majority, remains a painful fact in Algeria, while the international community is silent.

A protest for the children kidnapped from schools in Nigeria was held outside the Nigerian High Commission in London at the end of October.

The event was organised by Christian Solidarity Worldwide (CSW) as part of its Sing For Freedom campaign. Joining the campaigners was Lord David Alton of Liverpool and CSW’s founder and president, Mervyn Thomas.

Thomas said: “We particularly remember, as we have done so many times on this spot, Leah Sharibu. She is 18 years old now, but she was 14 years old when she was taken by Boko Haram, and she’s now been held for nearly four years for one reason. The one reason is she has refused to renounce her faith in Jesus, and so she’s still being held captive.

“And of course we remember the Chibok girls as part of this campaign… 270 girls who were kidnapped in 2014, and there are still 110 of them missing today.  We’re here today to stand in solidarity with them.”

Speaking at the protest, Lord Alton of Liverpool said the recent surge in mass abductions “means the lives of Nigerian students generally are being commoditised by armed non-state actors of Fulani ethnicity. Since December 2020, the country has witnessed 14 such attacks on educational establishments… in the northwest and centre, with over 1,100 students abducted for ransom, and at least ten of them have died.”

Pastor Fred Williams said: “These attacks are deliberate.  They are soft targets.  They are intentionally showing their strength. It’s not just kidnappings, it’s not just killings, it’s also a show of power. It’s political… Kaduna state right now is like the eye of the storm in Nigeria, especially southern Kaduna.” He added “the silence is deafening” in regard to the Nigerian government’s continued failure to address the ongoing crisis in the country.

Meanwhile, the murder of Christians by jihadists continues in Nigeria. Morning Star News reports that in Kaduna state alone, eight Christians were killed in several incidents in October, including an attack on a church in which dozens of worshippers were also abducted.

Human rights charity Amnesty International has come to the defence of a Christian convert in Algeria.

Foudhil Bahloul has been imprisoned for collecting offerings, called “illegal donations”, and distributing Bibles. In July, Bahloul was given a six-month sentence and fined 100,000 Algerian dinars after being accused of spreading “poisonous ideas” and undermining faith in Islam by giving away Christian books.

Amnesty criticised the decline in religious freedom in Algeria and the law on non-Muslim worship. Amnesty representative Amna Guellali said: “This discriminatory law is being used as a weapon to repress those who do not follow Islam in an assault against their fundamental freedoms.

“Instead of targeting non-Islamic believers, Algeria’s authorities must work on protecting the right to freedom of thought, conscience, religion or belief — which includes the freedom to manifest that belief.”

In Algeria, Muslims can change their faith but attempting to convert someone is illegal. Last November, voters approved a new constitution which reduced religious freedoms.

Release International, a charity supporting religious freedom, believes that Christian priests are still being murdered by Eritrean forces in the Ethiopian region of Tigray.

As civil war continues in Tigray, with Eritrea sending troops into the conflict, Eritrean soldiers have been targeting Christians.

In November 2020, at least 78 priests and 750 civilians in Ethiopia’s sacred city of Aksum were slaughtered, and Ethiopian Orthodox Church sources believe an Eritrean army was responsible.

But according to former prisoner of faith Helen Berhane, even today, “Eritrean troops are killing a lot of priests and raping their wives…

“Some of the priests stand holding their crosses, so they cut their hands. And when the soldiers ask the priests to remove their hats, when they say no, they shoot them. Hundreds of priests are dying in this conflict at the hands of Eritrean soldiers.”

In 2002, Eritrea closed most churches and imprisoned many Christians. Some, like Berhane, were tortured.

Release International called for British churches to pray for Eritrea during the International Day of Prayer for the Persecuted Church on 7 November.

All schools in the Tapoa province of Burkina Faso have been closed by Islamic extremists, according to
International Christian Concern.

A spokesperson for a local youth movement, Marcel Ouoba, reported that the schools were shut in October. Ouba said: “The terrorists have taken over and control all the entrance and exit points” and the whole province “has fallen into evil hands – the state no longer controls anything”.

Burkina Faso was a haven of religious tolerance until Islamic fundamentalism spread to the country and all the Sahel region of Africa in 2015. The takeover of Tapoa means that Christians in the region will face forced conversions and violence.

This year the International Day of Prayer for the Persecuted Church was held online, on Sunday 7 November.

The event was organised by the Evangelical Alliance (EA) in partnership with Open Doors UK, Christian Solidarity Worldwide (CSW) and Release International.

The EA’s CEO Gavin Calver said: “More than 340 million Christians worldwide suffer because they simply put their faith in Christ Jesus… it’s vital that we always keep them in our prayers.”

But he added: “It’s crucial we do not lose sight of the wonderful work God is doing where his people face persecution: faithful and resilient disciples are being formed, and the Church is growing.”