Victory for rights of parents over children’s jabs 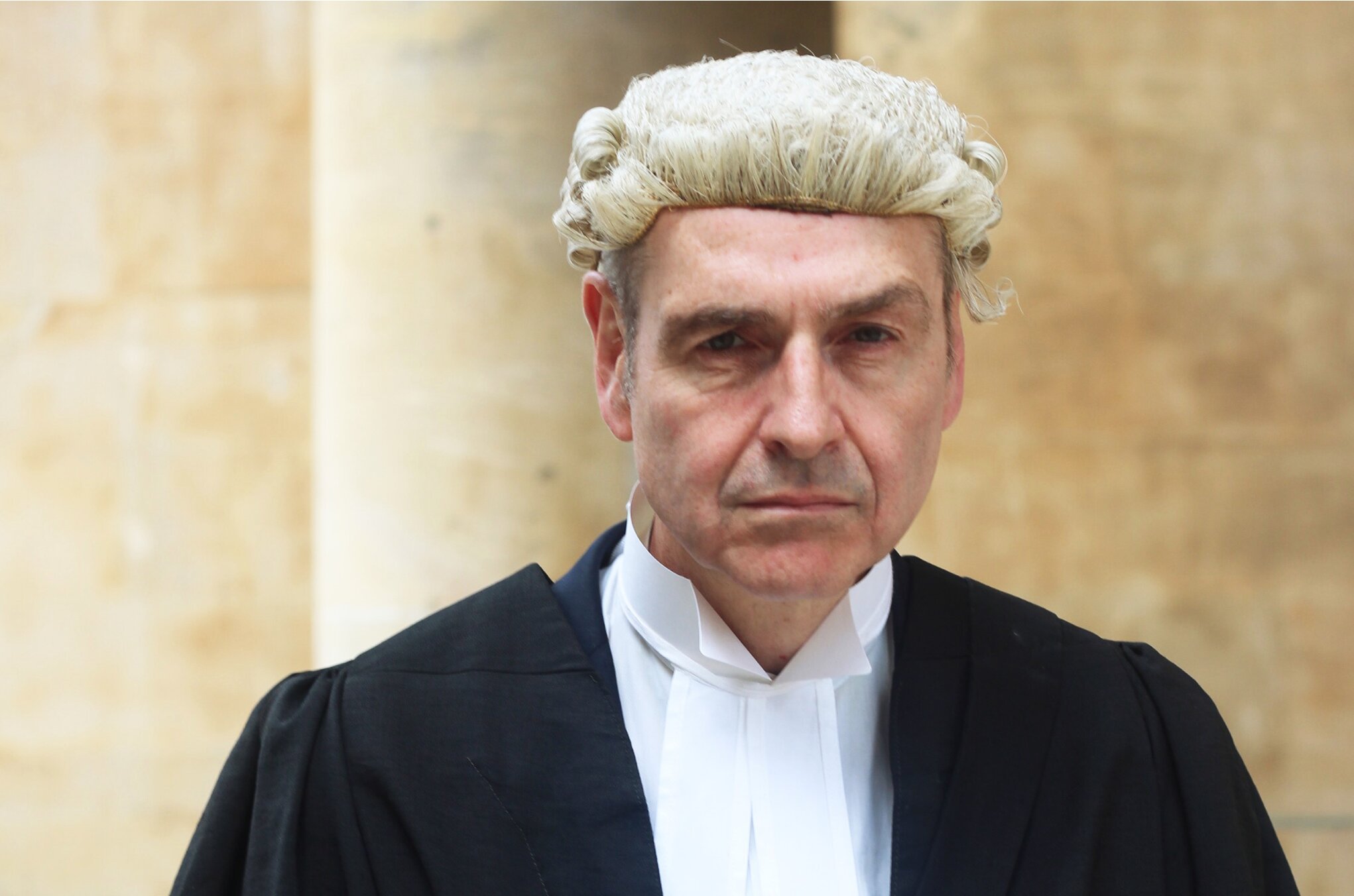 After Chief Medical Officer Chris Whitty’s announcement that pupils aged 12-15 would be given the Covid vaccine with or without parental consent, human rights barrister Paul Diamond and other groups such as Lawyers for Liberty wrote letters to schools and NHS authorities. Sir Chris Whitty had already overridden advice from the JCVI (Joint Committee on Vaccination and Immunisation) against giving the jabs to children.

Now Paul Diamond and his wife have been assured by their local NHS vaccinating authority that their sons will not be injected at school without their consent. Significantly, this also includes the children of parents who have failed to respond to the NHS’s letter, a letter which has been criticised for calling the Pfizer vaccine “established, safe and effective”, despite the unreported death and injury toll since the vaccine programme was rolled out (see yellowcard@ukcolumn.org for the MHRA’s own adverse effects statistics presented in a clear format). Children are also not considered to be at any significant risk from the disease.

Parents must expressly consent to their child receiving the Pfizer vaccine

Sir Chris Whitty had decreed that children could be vaccinated without their parents’ consent under the ‘Gillick competence’ rule, but the Diamonds’ letter successfully challenged that use of the law.

Paul Diamond’s wife, Alice, told HEART: “Hertfordshire’s NHS vaccination body SAIS (School Age Immunisation Service) has expressly assured parents that no pupil without expressed parental consent (including those parents who fail to respond) will be given the Sars 2 Covid vaccination. In other words, parents must expressly consent to their child receiving the Pfizer vaccine.”

The school nurse’s email reply stated that their team had taken the decision not to accept Gillick competence as consent to the Covid vaccines. Only those pupils whose parents had completed a consent on an online portal by midday the day before would be invited to the vaccination session.

Other local health authorities and schools have also respected parents’ rights after being presented with legal letters, according to UK Column, and HEART has learned that Sussex NHS trust has backed down after a parent, also a pastor, filled out the form refusing consent. The pastor was told that around half the pupils at his children’s high school had not had the controversial ‘vaccinations’.

The Hertfordshire climbdown came as a reply to a strong letter with legal undertones written by Paul Diamond. His wife, Alice, told HEART: “The NHS distributing body seems to be scared – they must be feeling the government is letting them pick up the pieces [over children’s vaccinations] and is backing down.”

The Diamonds received a reply to their letter the next day, 30 September 2021, but Mrs Diamond, who is in touch with local freedom campaigners such as Stand in the Park, told HEART that other parents elsewhere in Britain and even in their own county did not get similar replies to their letters.

She told HEART: “Whether pro-Covid vax or having reservations, no child should be made responsible for a medical decision of this magnitude. The vaccinations are at the very least still in the try-out phase. Moreover children should ultimately not be used as a shield to protect adults.

“Some very dedicated parents have approached schools with liability letters based on Common Law, but did not get much response from the schools and certainly not a backing down letter from the SAIS. But they were greatly relieved and elated when I showed them the response we got.

“At our local secondary school I know of only a few parents who dared to ask any questions. There are so many parents who feel intimidated and alone in this. People need to hear it and be encouraged.”

To download an reusable copy of the letter sent by the Diamonds click here. An excellent pastoral letter about children receiving the Covid injections by Rev William Philip, a vicar who is a former cardiologist, can be downloaded at: https://tron.church/update-letter

Rather than focus on the controversies surrounding the Pfizer ‘vaccines’ (the ones selected by the government despite an earlier statement from Pfizer that it was not suitable for under 16s), or the high Covid survival rate among children, Paul Diamond’s letter focussed on the so-called ‘Gillick competence’ aspect of the law.

He told HEART: “There have been a number of legal challenges to the lockdown, child vaccinations and, I understand, care workers. All have been unsuccessful, because of the principle that it is not for the Court to determine governmental policy. The power of the courts is limited to a review of rationality (which, is self evidently, very limited).

Any medical intervention without permission could be an assault

“In writing to the school I purposely sought to avoid this direct confrontation (which I did not feel would be successful), but focused on well established legal principles (which could not be disputed). This was the legal test of Gillick competence. I suspect individuals did not want to risk their career, so we received the positive response we needed.”

How can a temporary school nurse know whether a child suffers from an allergy without the medical records?

These were the points Mr Diamond highlighted: this is not legal advice.

1. Under the Common Law any medical intervention without permission can be an assault. There are specific provisions for children (Gillick competence), young persons (16-18) and adults.

2. Gillick competence was established by the House of Lords from 1985. It has certain requirements such as your GP should consult with you, should have access to medical records, and the treatment (in Gillick) was not controversial medically.

3. His letter did not challenge the ‘vax’ per se, but focused on how the authority proposed to comply with this proposition of law. How can a temporary school nurse (answerable to a remote doctor) satisfy this test in order to comply with their professional obligations? For example, how would they know whether a child suffered from an allergy without the medical records?

4. A breach thereof would be a breach of the professional code of the GMC (General Medical Council) and RCN (Royal College of Nursing), as well as a  possible criminal assault.

“My mission is to leave a window of freedom open”

Paul Diamond is probably best known for his case over the right of a British Airways employee to wear a discreet cross at work. Known as the “BA cross case”, it ran from 2006-13 and he represented Nurse Chaplin before the European Court.

He says: “It is bizarre that 13 British judges said the cross was not a protected Christian symbol! So we went to the ECHR (Europan Court of Human Rights), where a judge from a former Communist country said yes, it’s a Christian symbol!”

He also successfully represented trainee social worker Felix Ngole against the University of Sheffield after it threw him off his degree course for voicing a biblical view of marriage. Mr Diamond fought this and other notable cases as former counsel for Christian Concern. He believes that defending individuals over their opinions against their professional bodies will be a “very big” area legally as this procedure could be used as a means to limit the freedoms of Christian professionals.

“Genocide was being committed against Syrian Christians”

Currently, as well as wanting to help care workers and others threatened by “no jab, no job” regulations, he wants to draw attention to the plight of Afghan Christian refugees. In 2014 he got involved with Syrian Christians: “Genocide was being committed against them; it was said in Parliament that parents watched their children ‘put through a dough kneader and burnt in an oven’.”

Their plight was highlighted at the time by the late Lord Weidenfeld, who came to Britain on the Kindertransport; this was the escape route for ten thousand Jewish children from Nazi Germany, Austria, Czechoslovakia and Poland in which civil servant Sir Nicholas Winton played a leading role. Most of the children never saw their parents again because Jewish adults were deported and perished in the concentration camps.

Some of those children who survived voiced their gratitude to Sir Nicholas in a moving TV programme several years ago. Lord Weidenfeld was raised by a Christian family and felt he owed Christians a debt of gratitude, so was appalled by the plight of the Syrian Christians.

Paul Diamond and others were working behind the scenes to help the Syrian Christians but now feels that they failed: “Of the 4,850 Syrian refugees accepted by Britain, some 98.7 per cent were not Christians or Yazidis, but Muslims – the majority religion and therefore safest. Since then there are still just 119 Christians who have been allowed into Britain, which I think is now 126 thanks to our campaigning.”

He believes the British government’s measures for Afghan refugees will be similarly biased; it has offered to take in 5,000 people a year for four years, but unlike the Muslim population, which has regional ‘protectors’ (the Shias have Iran and the Sunnis look to other Sunni nations such as Saudi Arabia) the Afghan Christians are uniquely vulnerable. It is also not widely known that the 20-year presence of US and British troops led to a growth in the Christian population. Now those Western ‘protectors’ have abruptly left and the betrayal was increased by the US inexplicably leaving behind details of many who converted.

The plight of refugees is particularly close to Mr Diamond’s heart because his mother, like Lord Weidenfeld himself, came to Britain on the Kindertransport and was assisted by Sir Nicholas. His desire to help the underdog has led him to work out a strategy to help care workers who have lost their jobs since 11 November if they declined the Covid jab.

Paul and Alice Diamond believe that Christians must take a stand now to protect our national freedom. Mr Diamond told a meeting in September: “We must fight the Covid passport and similar restrictions by bringing targeted legal challenges. My mission is to leave a window of freedom open.” He would like to work with a junior lawyer and a “run-around” and says a legal executive could be trained.

This is a fight that can be won

Although his Dutch-born wife, who also has a human rights background, is keen to link up those nationwide who are ready to support one another in various ways, Paul Diamond believes that the fight to retain civil freedoms can be won. The alternative is unthinkable for a man who admits he can barely operate a coffee machine: “I’d last two minutes picking berries.”

Perhaps those refuseniks who don’t fancy baking bread over a brick stove can breathe easy for a while.