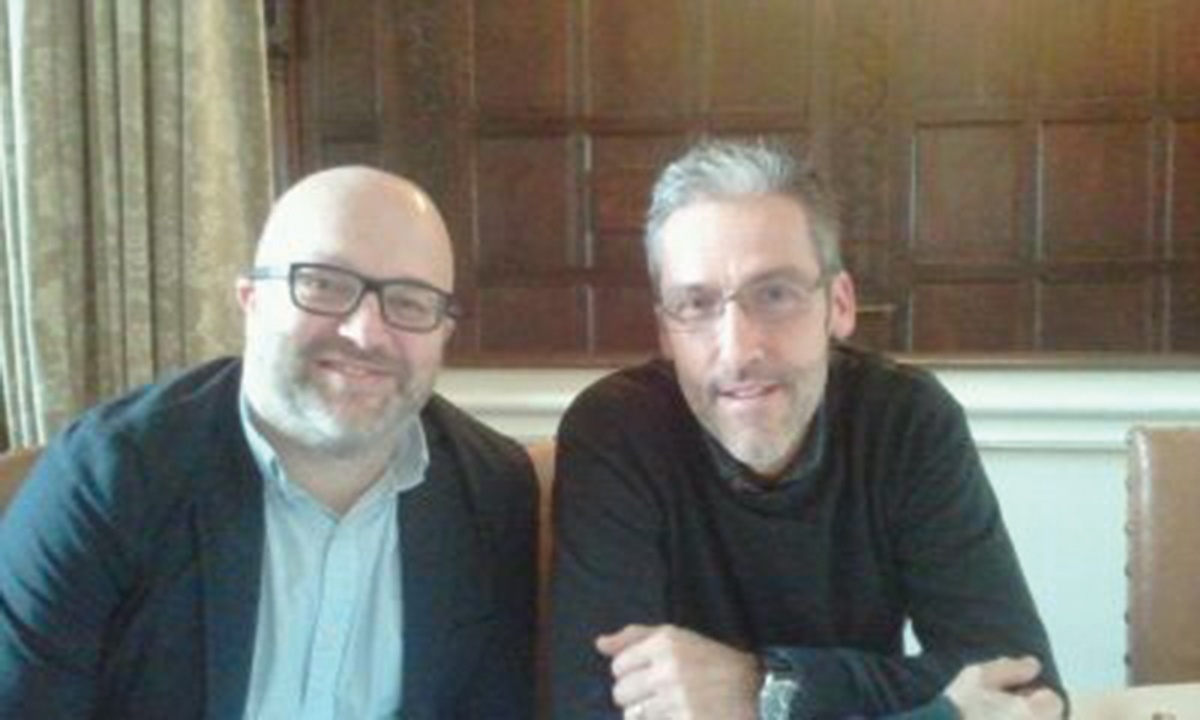 Sitting cosily next to each other at a prayer breakfast, these two may not be immediately familiar, but they are two of the most influential Christian leaders in the south-east.

Tim Jupp is organiser of the Big Church Day Out, and Clive Urquhart is Senior Pastor of Kingdom Faith Church, Horsham and son of the distinguished Bible teacher and author Colin Urquhart.

HEART’s editor met them both at Wiston House where schoolteacher Justin Blake had put on the West Sussex Prayer Breakfast. An invitation-only event, guests paid £15 each for a cooked breakfast and the chance to hear Steve Chalke speak about his work. As the praying was done by a visiting chaplain in delightful rhyme (“Lord, for every plateful, we ask you’ll make us grateful”), Tim and Clive had plenty of time to catch up.

It turned out they had known each other for decades, ever since they met in Ishmael’s band when Tim was a keyboard player and Clive a drummer. Now a deacon at Chichester Cathedral, ‘Ish’ will be appearing at this year’s Big Church Day Out.

Tim revealed that the whole event, although just one weekend, now occupies him all year: “As soon as it’s over, I start on next year’s planning.”

As well as Ishmael for the older Christian visitors this year, there will be ‘An evening with C S Lewis’.

The rest of the 20,000 plus visitors will see and hear their usual favourites, including Matt Redman, Tim Hughes and Jesus Culture.