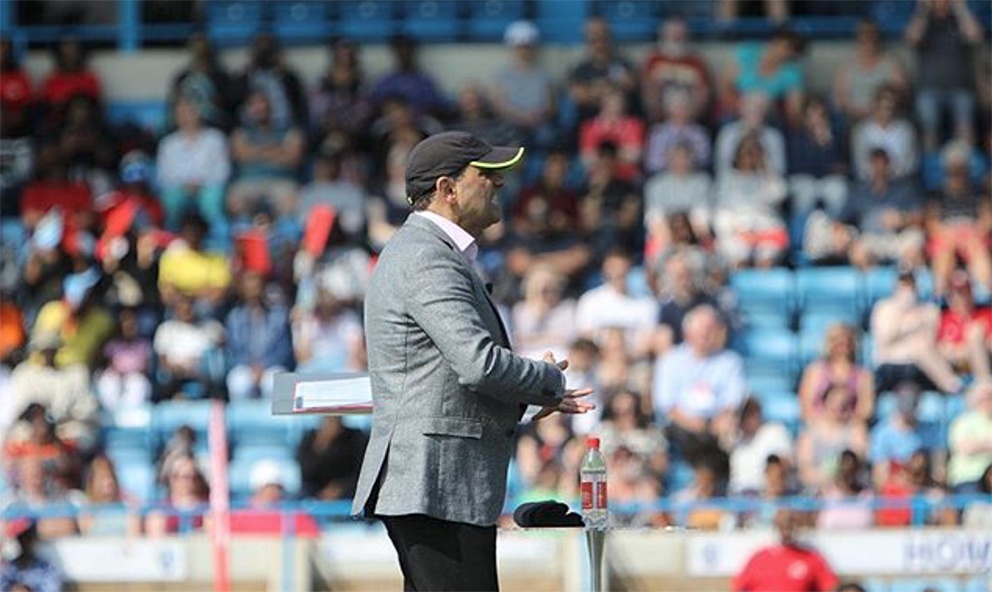 If the late Billy Graham had told a crowd that they should respond to the Gospel invitation today because he didn’t know if they’d be alive tomorrow, a sombre silence would have descended.

When Canon J John says it, they laugh.

Dr Graham’s listeners had, of course, survived or seen World War 2. They were – or knew – returning soldiers, and had mourned those who hadn’t made it back.

J John’s oldest audience members are baby boomers; unless they work in the emergency services or the military, death is not an everyday occurrence. So the Gospel according to J John is littered with jokes and delivered with a light touch. It’s brilliantly designed to hold the attention of a generation that expects top quality entertainment, whose excuses for not going to church probably include the fear of being bored for more than five minutes.

More than 50 north Kent churches had got together to fill two sides of Priestfield Stadium, home of Gillingham FC. With church members bringing ‘just one’ or more guests, nearly 5,000 tickets had gone. Keen readers will recall that I was so enthused by the packed launch event at KICC’s enormous Chatham campus that it became the cover story in last year’s Christmas issue.

Music and worship were led by songwriter and producer Noel Robinson, and by the massed voices of WECAN Sing UK, headed up by T Jae Cole and the Powerhouse Gospel choir. The thousands in the stands joined in, which was my main indicator that I was near the stadium as I roamed the nearby streets because, sadly, on-site parking was restricted.

in Jesus Christ in their own lives. J John’s wife Killy joined him in talking to the recent Deputy Mayor of Medway, as well as to Red Daynes, a reformed criminal with drugs and prison in his past, and former ballerina Julie Sheldon who had been healed through prayer from an incurable
disease.

Happily I arrived in the blistering heat to hear the main event and receive a glossy programme, which quite a few of us used as a fan or head cover.

Sporting a smart jacket despite the heat, J John warmed up the crowd with a good dozen definitions of Jesus that dazzled in their wit and ingenuity: “He’s the way, so traffic wardens can understand, he’s the deliverer so postmen can understand, the truth so politicians can understand…” Unsurprisingly, the latter gained the biggest laugh.

He spoke of the need to RSVP to a party or wedding invitation. God has invited each of us to his Son’s celebration, and we should think seriously about answering.

As he concluded, he invited anyone who would like to take the opportunity to respond to come down to the side of the ‘hallowed’ turf of Priestfield. There they spoke to a team member and gave contact details so that they could be put in touch with a local church.

The organisers reported that 260 people, of all ages and ethnicities, went down. For nearly half, 125 of them, it was a first time response to receive God’s love in Christ.

Thus the hard work, prayer and unity of 50 churches were answered. And although this was an unusual event for the stadium, nobody could deny it was a result, with the name of Jesus rather than a patch of grass being truly hallowed.