Five ways to check if your church is biblical

The church needs some form of structure

If God wanted his Church to adhere to a specific model, he would have given one.

Christians sometimes behave as if they are the arbiters of the only correct church model (‘Bible-based church’, Letters, June/July).

The essence of the New Testament faith is a relationship between the believer and their redeemer Jesus Christ, through the personal indwelling of the Holy Spirit.

God knew that giving us a specific model would stifle the work of the Holy Spirit and remove the individual’s responsibility to develop a personal relationship with our Saviour. Religion and ritual give a false sense of security and spirituality (this explains why some Christians emphasise Jewish traditions over New Testament practice).

Of course, the Church needs some form of structure, otherwise we’d degenerate into a chaotic reign of people’s opinions, which is just as bad as legalism.

Acts 2:42 is widely considered to be the closest thing we have to a statement of purpose for a church: “And they continued steadfastly in the apostles’ doctrine and fellowship, in the breaking of bread, and in prayers.”

So a church should:

Too many Christians miss the significance of having elders.

The New Testament distinguishes a church from just any gathering of Christians by the appointment of (a plurality of) elders.

In Acts, new groups of believers were only referred to as “churches” after elders had been appointed.

Any other definition of church is merely “teaching as doctrines the commandments of men” (Mark 7:7).

Help! My friend Charlie identifies as a grand piano 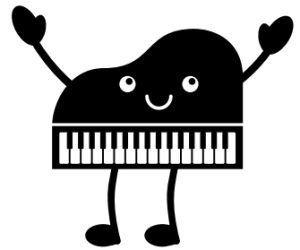 My friend Charlie recently started identifying as a grand piano.

This has come as a shock to his friends and family, because last year he was a happy, middle-ranking executive.

Now he is a glowering grand piano who insists that relationship with him is a zero-sum game: you either accept his new identity, or you’re no longer a friend. He wants his wife to recognise herself as a Hammond organ and believes this will make them a perfect pair.

All co-workers will call Charlie by his preferred pronoun, ‘it’, and use his new name, Steinway.

How should I relate to Charlie and his grieving family?

Unsurprisingly, his employer’s HR department has been very supportive, insisting that all co-workers call Charlie by his preferred pronoun ‘it’ and use his new name, Steinway. Failure to do so will henceforth be considered as harassment.

Charlie is progressively changing his body, with alternate teeth painted white and black. He looks absurd, but I feel I cannot say so, as some do-gooder may accuse me of ‘hate speech’ and call the police.

Why should I be compelled to acknowledge an evident falsehood? Is my right to call Charlie a man lower than his ‘right’ to identify as a grand piano? Who sets this hierarchy of rights and why must the majority always be compelled to satisfy the demands of the minority?

The BBC plans a documentary series exploring the joys of transitioning to ‘pianohood’. The C of E is planning new liturgy to celebrate transitioning, and breakaway ‘priests’ have declared they do not mind what instrument that transitioners propose to become, as God loves them all, equally. Their draft liturgy includes the clarion affirmation, “In my Father’s orchestra there are many instruments.”

As families are wrenched apart by our new religion of ‘transitioning’, some political parties are recognising a potential new constituency of those aggrieved at the promotion of crazy, ‘progressive’ doctrines on the status of humankind. Many people are now becoming angered at a profound reduction of freedom to object and call a spade a spade (whether or not it identifies as one).

Perhaps a political upheaval is coming

The end of free speech? Perhaps a political upheaval is coming.

Charlie is imposing his worldview on his wife, his family, his co-workers and on society as a whole.

But Charlie is not a grand piano – and never will be.

Time to shake off the old church structures

Post-pandemic, many have returned to traditions that they can control and predict

The pandemic has awoken many believers from a slumber of false security and comfort.

Believers have seen that the Lord is shaking all nations, as prophesied in Haggai 2:6-9. But Haggai also declares that “the glory of [the] latter temple shall be greater than the former.”

Their foundation was a living relationship with Jesus, not an institution

So believers are asking, “Where are the miracles and the manifest presence of God?”

In fact, following the pandemic, many have returned to traditions that they can control and predict. We have soulish substitutes for the glory of God, designed to keep people happy. In the spiritual realm we have a false priesthood, worshipping at false altars.

Yet the Father’s house was meant to be filled with the breath of life. The early disciples weren’t confined to a template, but turned the world upside down as the Spirit empowered them. Their foundation was a living relationship with Jesus, not an institution.

I believe that when Rome made Christianity the state religion, a ‘Roman template’ was enacted in the invisible world. Do we need to repent of this religious ‘template’, which is now ingrained in our spiritual DNA?

This is the hour of change. We must seek first the Kingdom of God (Matthew 6:33). We must live IN Jesus rather than just FOR him (John 14:10), doing the Father’s works from a place of freedom and rest.

It’s his Church, not ours!

When our heavenly Bridegroom returns, may we be ready and full of the breath of life.

We need to know which trumpet is sounding

The Book of Revelation gives the order of end-time events.

There are many uncertain ‘trumpets’ concerning the end of the times of the Gentiles and the rapture of the Bride of Christ (1 Corinthians 14:8). This is partly due to not seeing that the seven seals, trumpets and bowls that are heralded on earth by Moses and Elijah refer to the order of the same seven judgements.

The seventh trumpet is not the calling together of the saints. It initiates the final judgement. Christ then returns to earth with the great army of saints whom he has saved from his wrath (Revelation 7 and 19). They rule with him for a millennium as priests and kings and the regathered sons of Israel administer his kingdom from Jerusalem.

If you want to be part of the Bride, please read my very detailed study posted at www.answertonearlyeverything.com, where I explain that the sounding of the last post is the recall at the end of a battle.

The recall of the completed body of the saints in 1 Corinthians 15 is to join their Lord before he pours out his wrath on the earth as described in 1 Thessalonians 4:14-18, 5:8-10 and Revelation 5. The sealed 144,000 replace the Church of Jesus Christ on earth. The hit and miss approach of the ‘wise or foolish virgins’ of Matthew 25 is not recommended.