From Wolves to Weald 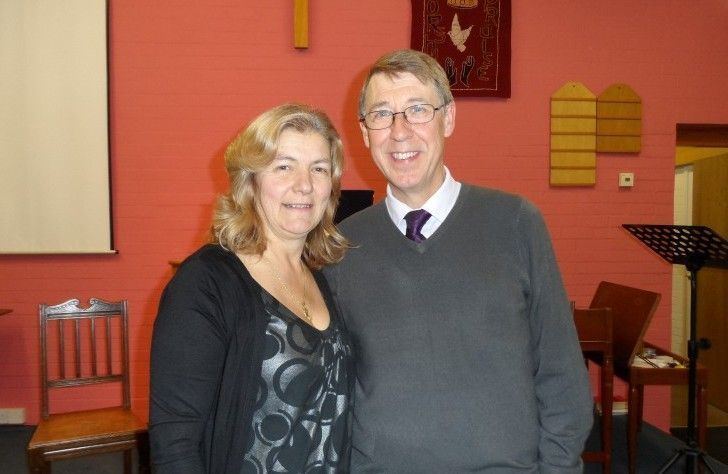 What do Wolverhampton Wanderers, theology, Brighton’s homeless and a food bank have in common? The answer is they’re all passions of Mervyn Weeks, a new pastor in Lindfield, the pretty village outside Haywards Heath.
Mervyn is known to Brighton churchgoers as the man in charge of the Brighton Basics Bank, supplying food and household basics to those in financial crisis.  But now he’s focussing his caring heart on Lindfield Evangelical Free Church, where he was officially inducted as its new pastor on 2November, over five years after the previous pastor, Trevor Lewis, left to take up a pastorate in High Wycombe.

Mervyn, 62, spent much of his childhood in Staffordshire where he enjoyed singing in a choir and developed a lifelong passion for Wolverhampton Wanderers. The family later moved to Brighton, where an apprenticeship led to a career in the printing industry. In 1975 he married Alison, then a bank clerk, now the bursar of Hove Park School.

The couple, who have three grown-up children and three grandchildren, were converted shortly after getting married and attended Bishop Hannington Church in Hove and then its sister church, Holy Cross.  During this time Mervyn completed the Church of England’s Bishops Certificate Course in Theology, and subsequently worked with and managed Off the Fence Trust, serving rough sleepers on the streets of Brighton and Hove. He felt God calling him to more of a pastoral ministry, and after serving as chaplain to a fairly large Methodist residential care home in Bexhill and serving the Brighton and Hove City Mission, he accepted the call from Lindfield EFC.

Many with connections with the City Mission, including Tony Smith of BHCM, who gave an address at the service, expressed their disappointment at losing Mervyn’s ministry in Brighton and Hove, but at the same time were convinced that his calling was from God and were anxious to express their encouragement to Mervyn and Alison in taking this step of faith.

Mervyn testifies, “My hope for the future is to see the church grow, and to equip me further to explore training. I believe God has his hand on us as a couple, and that he has called me to serve him in Lindfield, and I feel very privileged and humbled to be invited to join a great church as their pastor.” The church, together with Mervyn and Alison, greatly looks forward to God’s blessing on this new chapter in its history.

Trevor Baxter (member of the congregation)