The letter, ‘Bible prophecy unfolding?’ (by Rob Tromans, Aug/Sept) speculated how God is going use current events to fulfil his eschatological purposes. 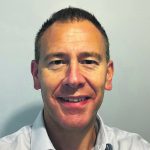 Certainly the disproportionate response to the coronavirus by governments (economically, politically and sociologically) makes little sense from a human perspective and can only be understood from a spiritual perspective. Is God causing unregenerate rulers to make decisions detrimental to their own well-being, as seen in the Bible? Only time will tell.

The EU may become one of the ten regions, but nothing more

Mr Tromans referred to a “new ten-nation Europe to rule the world, fulfilling the prophecies of Daniel and Revelation”.

The prophecies of Daniel 2 (the statue’s ten toes) and Daniel 7 (the ten horns) do indicate that the world will be divided into ten regions after a one world government has been set up, but this isn’t the EU.

While end-times teachers made much of the EU taking on its tenth member, nothing happened, because it had zero prophetic significance. Indeed, the EU subsequently grew to 28 member states, but then (praise God!) lost the UK.

The EU is built on the old Roman Empire (The Treaty of Rome), which is why many end-times teachers view the whole of Daniel’s fourth Gentile empire as the Roman Empire, and why they try to make the EU fit the text, but it doesn’t. Daniel 7:23 says the fourth and final empire will “be different from all other kingdoms, and shall devour the whole earth”, which the Roman Empire never came close to doing; it never even ruled all the known world at the time.

The EU may be a prototype of what will be rolled out globally, but it’s not the fulfilment. The most anyone could speculate is that the EU may become one of the ten regions, but nothing more.

Scripture also makes clear that the Antichrist will only rise to power after (not before) the world has been divided into ten regions (kingdoms).