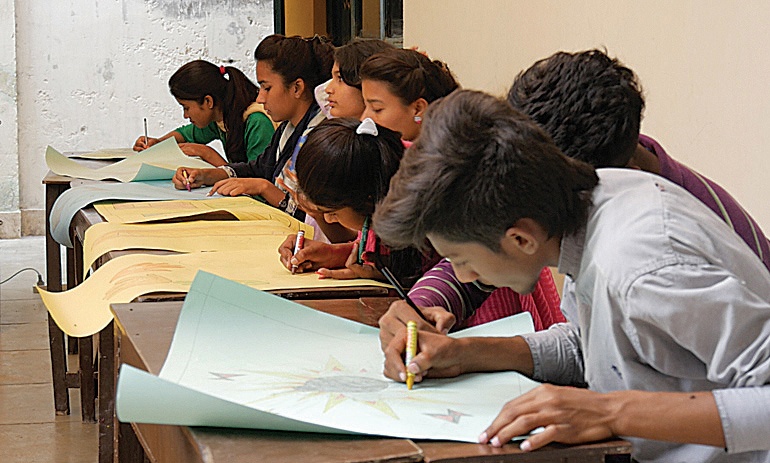 Students at a Christian school in Youhanabad, an impoverished Pakistani Christian community that has suffered terrorist attacks

The report, ‘Faith and a Future’, finds that students in Burma, Iran, Mexico, Nigeria and Pakistan face verbal, psychological and even physical abuse from students and teachers. These countries may have signed up to freedom of religion under international law, but experience on the ground shows their education systems are not complying. Some even produce a prejudiced curriculum that perpetuates persecution.

The Executive Director of the National Commission for Justice and Peace in Pakistan, Cecil Chaudhry Jr, told Premier Radio: “We do not have the right to study our own religion in school, whereas Muslims do have Islamic studies as a compulsory subject.

“We are given the option of taking up ethics as a replacement to Islamic studies… [but] most of the schools don’t have a teacher to teach ethics.”