Reactions to President Trump’s earth-shaking decision on Jerusalem prove the stage is set for the battle of the ages:

Apocalyptic battle will be over the status of Jerusalem

BATTLEFIELD VIEW: A stunning scene of the plain of Jezreel, otherwise known as Armageddon, from the traditional site of Elijah’s battle with the false prophets on Mt Carmel

END_OF_DOCUMENT_TOKEN_TO_BE_REPLACED

Peace Amidst the Chaos 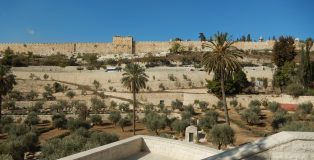 Days of rage, incited by Palestinian leaders, have been accompanied by a chorus of condemnation from European and other political chiefs – with the honourable exception of the Czech Republic and some African countries.

END_OF_DOCUMENT_TOKEN_TO_BE_REPLACED 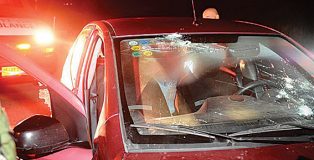 Terrorists shot the Israeli, 35, in his car  END_OF_DOCUMENT_TOKEN_TO_BE_REPLACED 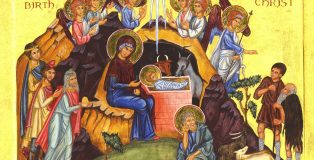 BETHLEHEM, JUDEA (ANS – December 21, 2017) – Whatever you may think as harassed shoppers or parents, Christmas does not come too soon. It’s an example of God’s perfect timing, though I appreciate that the Messiah’s actual birthday was more likely to have been during the Feast of Tabernacles. END_OF_DOCUMENT_TOKEN_TO_BE_REPLACED 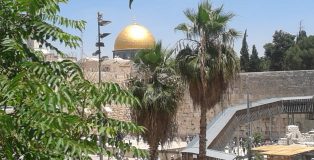 Trump move could provoke Armageddon scenario, but God is in charge

While the West continues to indulge in the most bizarre forms of political correctness1, the Middle East is bracing itself for a possible Armageddon scenario involving nuclear weapons.

END_OF_DOCUMENT_TOKEN_TO_BE_REPLACED

The miracle of modern Israel 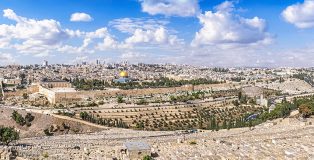 View of Jerusalem from the Mount of Olives

Walking in the steps of the prophets, patriarchs and Messiah, Charles and Linda Gardner had a wonderful tour with a few days’ bonus, courtesy of the British Embassy…

The God of Israel rules 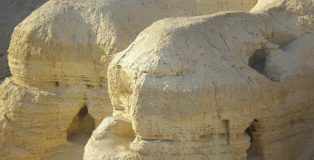 The threats of the North Korean dictator are frightening indeed, and could well ignite a nuclear war, but they are part of a bigger picture of worldwide rebellion against the God of creation. On a more specific front, they’re a smokescreen for a potential Armageddon in the Middle East as Russian-backed Iran and its allies move dangerously close to Israel’s borders. END_OF_DOCUMENT_TOKEN_TO_BE_REPLACED

It’s time to back Israel 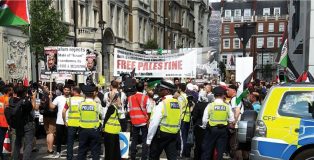 Police holding the line against a sea of anti-Israel marchers
Picture: Christians United for Israel

Disaster awaits if we don’t stand with the Jewish nation

As Londoners are left reeling with shock at a succession of terrible tragedies, angry residents and pundits inevitably start looking for someone to blame.

At the rally following London’s Al Quds1 march, the Iranian-inspired day calling for the destruction of Israel, one speaker perversely blamed the tragic West London fire on ‘Zionists’.2

And having failed to give a clear lead on so many ethical issues, the UK Government’s moral backbone is once more being tested – this time on the crucial issue of whether or not we will stand with Israel in her time of need. END_OF_DOCUMENT_TOKEN_TO_BE_REPLACED 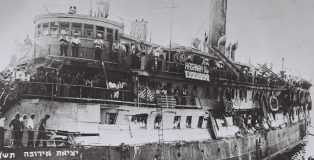 But British Government refuses to apologise over Balfour Declaration

British politicians are once again demonstrating the moral confusion that has seen them pass so many laws contradicting the biblical precepts upon which our civilisation was based.

The latest example is the suggestion from an influential House of Lords committee that the UK Government recognise a new state of Palestine. END_OF_DOCUMENT_TOKEN_TO_BE_REPLACED