Canadian jailed for handing out tracts 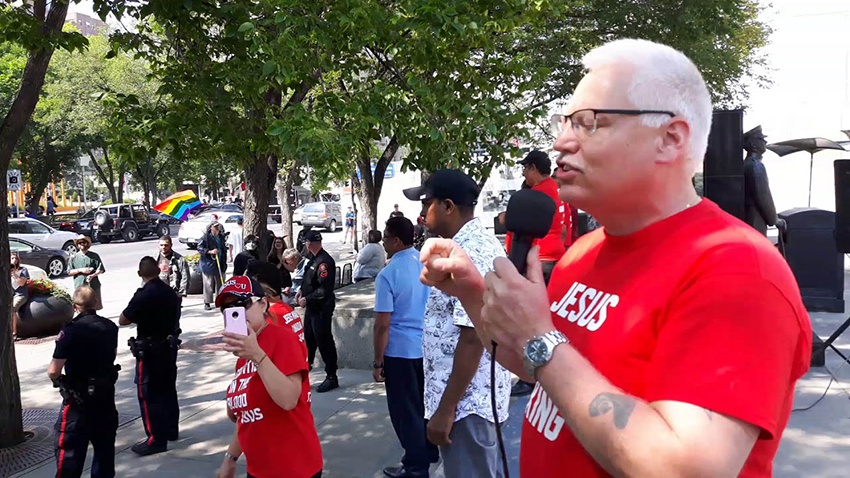 A Christian who handed out ‘Jesus saves’ leaflets at a gay pride parade in Toronto has been charged with hate crime and faces two years in jail.

The tracts also suggested that gay sex risked “eternal peril” but repentance would bring “the free gift of eternal life”, but did not say anything hateful about homosexuals.

Whatcott, who turned himself in to police custody in June, says he was not fed for 24 hours, and has refused to pay the $7,500 damages handed down by the high court.