Brexit – my reluctant conversion to ‘no-deal’

For nearly 20 years, I have been an ardent and active supporter of leaving the EU and took part in over 20 debates and rallies during the 2016 referendum campaign.

My reasons for doing so have been based on the Bible’s teaching, especially that the nation state is God’s creation.

Conscious of the injunction in Romans 12:18 to “live peaceably with all men” as far as possible, I felt quite sad that, during the referendum campaign, I found myself opposed to some remainers whom I really quite liked and most regretted having to be battling against.

So I am longing to see the bitterness in our nation come to an end. Yet even among Christians, when it comes to Brexit, there is division, as well as in the nation at large.

I don’t think this is caused by Brexit per se but by the way Mrs May and her team mishandled it, because she viewed Brexit as a problem to be solved rather than an opportunity to be grasped.

I am now a most reluctant ‘no-dealer’, because her three wasted years mean that there isn’t time to consider any of the other less divisive options which might have seen us leave perhaps less cleanly – with enough of a break to satisfy leavers but without the uncertainties which have fuelled the machinations of the hard-line remainers.

However, I do believe that it was God’s kindness to our undeserving nation that we voted to leave the EU three years ago. We certainly don’t deserve any divine favours, given our national apostasy and rebellion against the Word of God in recent years.

Have we been able to discern God’s providence in the three years of muddle which followed the historic vote to leave?  I believe so.

Firstly, given the solid pro-EU stance of the majority of Labour MPs and activists since the late 1980s, it was inconceivable that a leaver could ever have been chosen as Labour Party leader. For all Jeremy Corbyn’s many faults, his lack of enthusiasm for the EU has certainly assisted the Brexit cause.

Equally unlikely was the decision of the American people in 2017 to choose an anglophile president who ardently supported Brexit and disliked the EU.

Then there has been the miraculous threefold rejection of Mrs May’s disastrous Withdrawal Agreement, which would actually have been a legally binding treaty, tying us into the EU without a voice.

Meanwhile, the most fanatical attempts of remainers to derail the process have failed – both in the courts and in their efforts to secure a second referendum or the overturning of Article 50. Instead of rising up in anger, the public mood has swung increasingly towards leaving, wanting the politicians to “just get on with it.”

Yet from a human perspective, there is still a long way to go before we can be confident of a genuine Brexit.  There were rumours that Boris Johnson would try to persuade the EU to abandon the backstop and then to try to push through what would still be a recycled version of Mrs May’s deal through Parliament.

The EU has insisted that the backstop is not negotiable, and some influential Tory MPs are very alert to the Withdrawal Agreement’s many other totally unsatisfactory features, including the defence tie-up, the surrender of our fishing industry, the ongoing role of the European Court of Justice and the difficulties of moving on from the restrictions of the transition period to a much looser relationship.

The economic consequences of a ‘no-deal’ Brexit (see Will Brexit bring economic death or glory?) are not likely to last long, but the benefits will stay.

In fact, I believe that it will take just one day outside the Common Fisheries Policy, and free to set our own tariffs, for us never to want to rejoin the EU.  This is why the remain campaign is getting so desperate. Once we leave, not many ordinary people who voted remain are likely to become ‘rejoiners’. They just want life to move on.

The economic consequences of a ‘no-deal’ Brexit are not likely to last long, but the benefits will stay

Nor will both sides go into a state of hibernation after a ‘no-deal’ exit. The inference from some analyses is that if we don’t sign something with the EU before Brexit day, we will continue for ever – or at least for some considerable time – to have to rely on so-called ‘World Trade Organisation terms’ for our trade with the EU.

Common sense says that this is ridiculous. While an ideological element, particularly within the French government, is keen to punish the UK for leaving, other countries, notably Germany, are likely to be more pragmatic. Why cut off your nose to spite your face?

Indeed, Foreign Secretary Dominic Raab has stated, “The prospect of reverting and getting a good deal will be easier after we have left…. The reason being we (would do so) as an independent third country (ie no longer an EU member state) and less subject to… the demands of the EU as we are now.”

His comments have attracted criticism from, among others, the Institute for Government think tank on the grounds that the EU’s mechanism for signing off trade deals with third countries is more complicated than the process for ratifying the Withdrawal Agreement. Such an arrangement would nevertheless enable us to be far freer from the EU’s clutches than any deal signed before 31 October.

The hidden ‘blessing’ of Babel 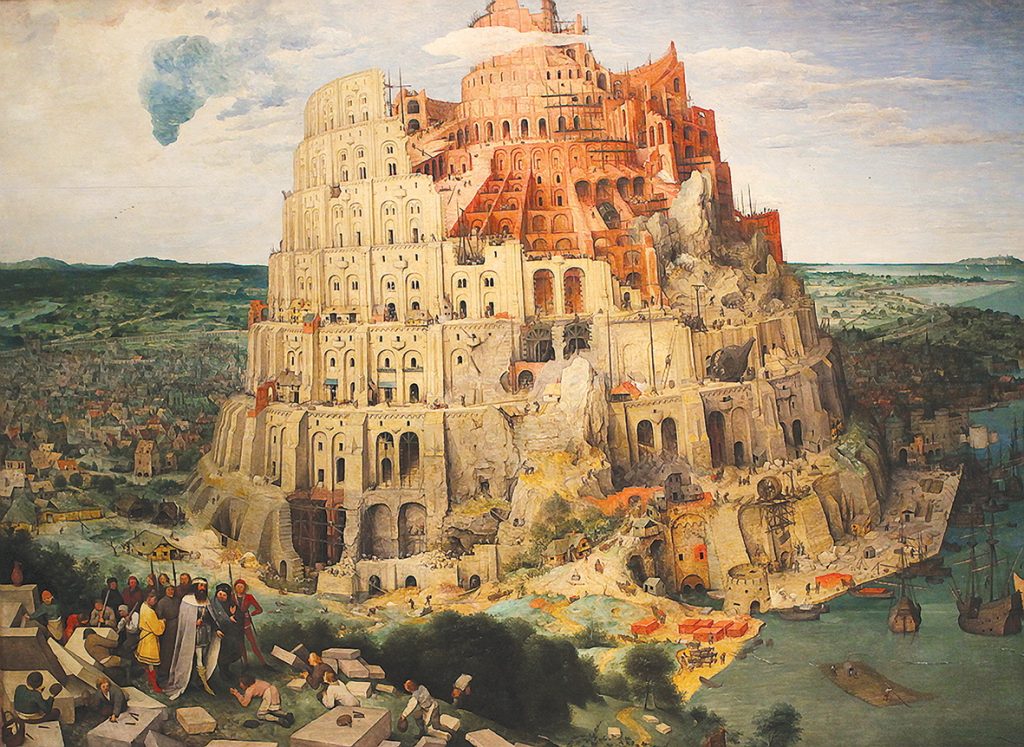 Although the nations emerged out of an act of judgement following the building of the Tower of Babel, there was still a blessing tucked away.

The creation of the nations with their different languages and cultures makes it harder, although obviously not impossible, for aspiring tyrants to build up large empires as Nimrod had done in Genesis 10:8. He is called a “mighty one” and commentators suggest that the Hebrew implies he was a cruel and vicious man. Indeed, it was Nero on the throne when Paul was writing to the Romans.

God’s people have seen loss of independence as divine judgement

Historically, God’s people have seen loss of independence as divine judgement. Freedom has always been one of the defining features of Christianity – both the individual’s freedom from legalism and licentiousness, but also in the freedoms it has brought to society.

The blessings of the Reformation period illustrate this well. The countries where the Reformation – and especially Calvinistic doctrine – was triumphant, such as Switzerland, the Netherlands and (to some extent) our own land, kept the state in check and were far freer than, for example, France or Spain. The USA, a country whose foundations were very much grounded in the Word of God, has been one of the freest and most prosperous countries in history.

Even though Switzerland today is nothing like the country it was in the days of Zwingli, Bullinger and Calvin, I would argue that its decision not to join the EU and its excellent constitution, whereby the people can hold their politicians to account through binding referendums, can be viewed as a legacy of the great reformers.

The fact is that the EU with its pooled sovereignty and slow, ongoing emasculation of national institutions is an unbiblical abnormality. While I would grant that neither side in the 2016 referendum campaign covered itself in glory, the pro-EU side has a much longer history of deceit going right back to the lies told by Edward Heath in the 1960s and 1970s.

Indeed, the EU has always been a political project disguised as an economic project, as catalogued by Dr Richard North and the late Christopher Booker in their seminal history of the European project, ‘The Great Deception’. I doubt if many of the 17,410,742 leave voters would have read this book, but many could smell a rat, especially older voters who remembered Edward Heath’s deception, and they cast their ballot accordingly.

For these reasons, I have never had any doubt that our leaving the EU would be a great deliverance on a par with the events of Drake’s defeat of the Spanish Armada in 1588 – the righting of a historic wrong.

At the time people regarded the ‘Protestant wind’ – the appalling weather conditions which wreaked as much havoc with the Spanish fleet as Sir Francis Drake’s fire ships – as God working to deliver our nation from the bondage of Spanish (and Roman Catholic) control. “The Lord blew and they were scattered” was inscribed on the commemorative medal of the time to celebrate God’s role in this great deliverance.

Over four centuries later, it is the same God who has brought us thus far. Surely he will complete the work and grant our country freedom? For I have long prayed that this regained freedom may be the springboard to the spiritual awakening which we need far more.

Why the 2016 vote was God’s providence 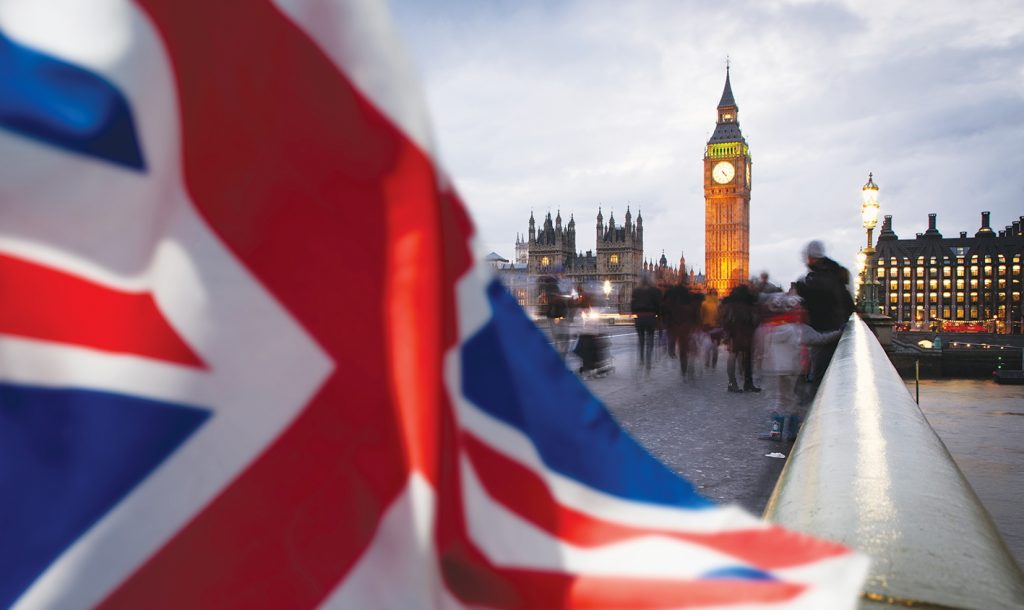 It was an article by former MEP Patrick O’ Flynn that first drew my attention to the providential circumstances leading up to the Brexit vote, which he simply described as “good luck”. His points are summarised below, along with some comments of my own.

Excluded from the ERM: James Goldsmith’s Referendum Party placed pressure on successive governments to allow us a referendum on joining the euro. We were on course to join the single currency until ‘Black Wednesday’, 16 September 1992, when sterling was forced out of the European Exchange Rate Mechanism (ERM) as we were unable to keep the pound above the agreed lower limit.

Without this providential development, which also marked the beginning of our country’s economic recovery from the recession of 1989-91, the process of semi-detachment from the EU which culminated in the leave vote could never have happened.

Popular discontent: Massive migration from Eastern Europe and the failure of the Labour government to offer us a referendum on the Lisbon Treaty both stoked popular anger against the EU and the political classes.

Interestingly, Tony Blair had based his intention not to impose any immigration restrictions on a study by a German think tank which calculated that a mere 15,000 Poles would come to the UK. In 2004 alone, 94,000 arrived on our shores with a further 162,000 following the following year.

Referendum pledge: Having promised a referendum in the days of the coalition government, when several pundits were predicting that the days of single-party governments were over, David Cameron had never expected to have to honour his pledge.

Polling day downpour: On 23 June 2016, the heavens opened in our remain-leaning capital city, resulting in many London Europhiles showing their great commitment to the EU cause by staying at home in the dry.

John Petley is a monetary analyst for the Institute of International Monetary Research, set up by the economist Professor Tim Congdon. An evangelical Christian, he and his wife are members of Mayfield Baptist Chapel, East Sussex