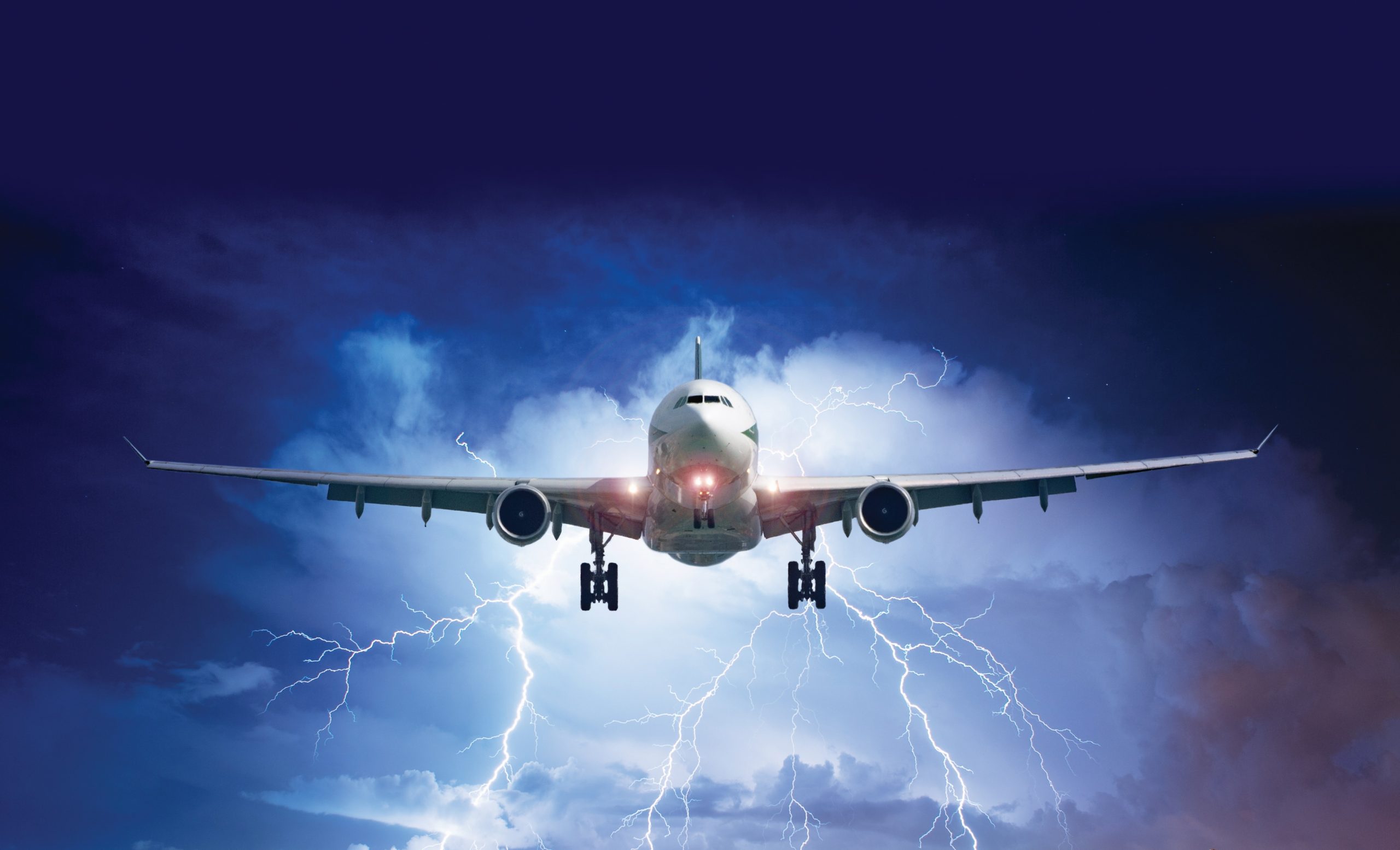 Deal or no deal? What will be the new Prime Minister’s policies?

Only time will tell, but there are some certainties.

While it is highly likely that a no-deal Brexit will be disruptive for some sectors of the economy in the short term, the fundamentals of the UK economy are sound and the only real long-term threat is a Labour government. If the madcap socialist policies of Corbyn and McDonnell were ever implemented, our country would become the Venezuela of the North Atlantic – but without the oil.

It must be emphasised that Brexit was always a political rather than an economic decision. “Take back control” was one of the slogans of the 2016 referendum – repatriating those policy areas which our politicians have ceded to unelected bureaucrats in Brussels.

However, such a move inevitably has economic consequences. Firstly, if we achieve a decent Brexit settlement, we will no longer be paying into the EU’s coffers unless we wish to pay a participation fee for those schemes available to non-member states, such as the Erasmus student exchange scheme.

In 2013, the economist Tim Congdon calculated that by leaving the EU we could end up better off to the tune of 0.25 per cent of GDP. Not a huge amount, but not to be sniffed at either. He claimed that the biggest savings would come from the repeal of restrictive legislation imposed by the EU.

However, many regulations originate with global bodies, with the EU merely acting as a conduit. Unless we were also to resign from these global bodies, we would not be able to repeal that much.

Being in charge of our own trading arrangements will be a benefit. Free of the EU, we can rientate our trade away from stagnating Europe, focussing our efforts instead on the growing economies of Asia and Latin America.

The claim that trade negotiations are now only conducted between large blocs (and therefore we will lose out by leaving the EU) is mistaken. Organisations like the World Trade Organisation (WTO) are seeking – in spite of Donald Trump’s protectionism –  to reduce trade barriers at all levels.

Furthermore, countries are moving away from large-scale free trade deals towards smaller sectoral arrangements. The EU has signed mutual recognition agreements with a number of countries with whom it has not concluded a Free Trade Agreement, including China, Japan and Australia.

Looking to the long term, there is therefore no reason to take any notice of the Treasury’s predictions that the UK will be worse off in 2036 by between 0.7 per cent and 7.7 per cent because of Brexit. There were far too many voices warning of recession in 2016 if we merely voted to leave.

In fact, the UK economy performed very well in the first two years after the referendum. Along with a general cooling of global trade, it is the uncertainty about Brexit which is currently slowing the UK economy’s growth.

Some sectors of the economy will benefit immediately from a decent Brexit deal – or even from no deal.

No deal could well be better for our fishermen, as they would escape the net of the destructive Common Fisheries Policy and have a chance to revive this significant industry.

Our train operators will also benefit as soon as Parliament gets round to reviewing – and, I hope, repealing – the EU’s Interoperability Directive, which requires our trains to be compatible with Europe’s rail systems. This complex framework for registering new rolling stock has been an unnecessary burden as, thanks to the Channel, there are very few international train services in the UK! A simpler registration process could soon be substituted for new trains, saving time and money. *

Obviously the Directive has a political dimension – the integration of the EU’s rail networks is part of the EU’s political integration process – but there is also a practical element. Germany, for instance, has land borders with eight other EU countries, so the  smooth operation of cross-border trains is far more important for them than for us.

Much concern has been expressed about the effect of Brexit on the City of London. Some EU-based banks have already scaled down their UK operations and one report claimed that Brexit would result in a 12 to 18 per cent loss of revenue and a seven to eight per cent drop in employment.

In reality, it is unlikely that there would be losses on this scale. The financial sector is remarkably resilient and Brexit will not significantly affect the factors which have made the City such a successful financial centre. We will still be operating on a time zone which conveniently allows London-based workers to interact with their colleagues in Singapore and Hong Kong at the start of the working day and with Wall Street in late afternoon UK time.

In the run-up to the 2016 referendum, Gerard Lyons, the chief economic advisor to Boris Johnson when he was Mayor of London and former chief economist of Standard Chartered Bank, said the City of London’s success was not dependent upon the UK remaining part of the EU, while Sir Nigel Wicks, the chairman of the British Bankers Association, added, “If the City did not exist… where else in Europe would it be?” He did not think Paris or Frankfurt could replicate the City of London.

A survey of business in the City, undertaken by advocacy group TheCityUK in 2008-9, concluded that by far the largest category of companies came into what it called the “hard to impossible to leave” category, so despite much huffing and puffing from some quarters, they will stay.

Indeed, there could be a number of benefits for the City. The EU has never felt comfortable with the City’s success, so the less say it has in its regulation, the better.  One regulation which emanates from the EU and could therefore be repealed is the Fund Manager’s Directive, which Tim Congdon has identified as particularly damaging.

It would be good, too, if our post-Brexit government teamed up with Switzerland to co-ordinate resistance to any EU bullying, as the Swiss have recently been put under a lot of pressure (which they have so far withstood) on account of their successful financial sector.

Another rarely-mentioned benefit will be the cessation of our liabilities for EU debts. Although we did not sign up to the Euro (stage three of Monetary Union), we signed up to stages one and two, which means that if the Euro were to implode, we would have to cough up substantially due to our £9 billion shareholding in the European Investment Bank and the Bank of England’s stake in the European Central Bank (ECB).

However, some short-term disruption is almost inevitable under any scenario.

Those countries which signed Free Trade deals with the EU may not all immediately ‘roll over’ these arrangements with the UK; sheep farmers may not immediately find a new market for their product, freelance musicians may not be able to work in EU member states and the motor industry may face problems with the supply chain.

For manufacturing, the supply chain issue is not so easy to solve as extra customs checks required for imported motor vehicle components, for example, could result in shortages due to the time delay crossing international boundaries. Stockpiling parts in advance would alleviate the problem for perhaps a few weeks but warehouse facilities are only finite.

Nigel Farage and Jacob Rees-Mogg, as well as Boris Johnson, have advocated the use of Article 24 of the WTO’s General Agreement on Trade and Tariffs (GATT). This allows pairs or groups of countries to break the non-discrimination principle by continuing to trade tariff-free with each other but not the rest of the WTO by creating free trade agreements and customs unions.

The big problem is that the EU, representing a group of countries, has not as yet given any indication that it is keen to go down this route. Will threats of a no-deal Brexit concentrate minds in Brussels?

When Greenland was presented with an unsatisfactory deal during its negotiations to leave the EEC (as it then was) in the 1980s, it threatened to order all EEC fishing boats out of its waters on the day it reclaimed independence.

Faced with this ultimatum, Brussels quickly softened its tone, even though Greenland’s overall population is only that of a mid-sized English market town. Some sort of limited interim deal on crucial areas of trade is not impossible, but only if our new team of negotiators, unlike Theresa May, refuses to cave in.

Thankfully, with Mrs May’s departure, preparations for a no-deal Brexit have been resumed and short-term help could be available for at least some of the most vulnerable sectors, for example, by the government covering the tariffs that will be imposed on agricultural exports.

In summary, we could be in for a bumpy ride in the days and weeks immediately following October 31, especially if many trading arrangements with the EU simply fall away with nothing to replace them. Even without a full-blown ‘deal’, a few limited agreements to cover the most vulnerable areas of trade in the immediate post-Brexit period may well be possible before Brexit day – mutual recognition agreements, for example.

Looking further ahead, there is every reason to believe that in five years’ time the UK will have shrugged off Brexit and will have returned to being a major independent and successful player on the world’s economic stage.

Pray for those likely to be most affected by a bumpy departure from the EU – the motor industry, sheep farmers and freelance workers within the services sector. Pray that there will be time to sign a number of mutual recognition agreements to help the car manufacturers if a full deal does not materialise (as it probably won’t).

Pray that there will be no further hold-ups to Brexit and that we will leave properly (as opposed to leaving with some variant of Mrs May’s fatally flawed deal) on 31 October. All the recent uncertainty has had a negative effect on business.

Pray that we will make a clean break from the Common Fisheries Policy and that our coastal communities can be revived.

Pray that we will be fully disentangled from the EU’s programme of military integration.

Pray that the country will come together after Brexit and that the bitter divisions will be healed. Pray that very few current ‘remainers’ will turn into ‘rejoiners’ after we leave, as the country needs to move on from Brexit and our 46 unhappy years as an EU member state.

Pray that God in his mercy may use Brexit as a catalyst for a spiritual awakening.

John Petley is a monetary analyst for the Institute of International Monetary Research, set up by the economist Professor Tim Congdon. An evangelical Christian, he took part in over 20 debates and rallies during the 2016 EU referendum campaign. He and his wife are members of Mayfield Baptist Chapel, East Sussex