A MESSIAH FIT FOR THE KING 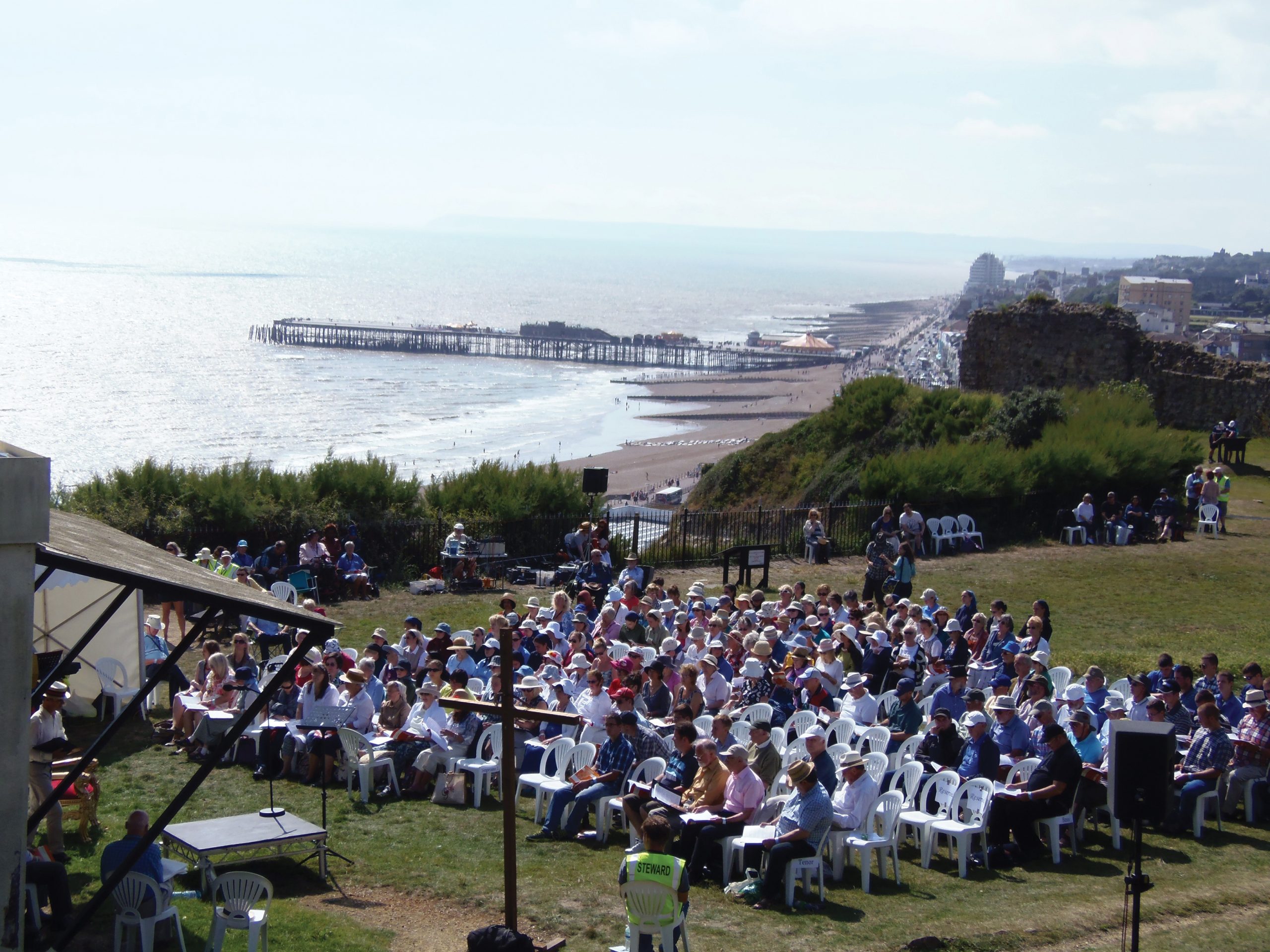 This extraordinary community effort to perform one of the world’s greatest oratorios depicting the life of Jesus, included organist Nigel Howard conducting world class trumpeter Crispian Steele-Perkins and a choir comprising singers from churches, choirs and other organisations from across East Sussex, including the Darvell Community, part of the Bruderhof, based at Robertsbridge.

Organiser Katie Harrison commented, “Down the centuries many Kings and Queens of England have strolled the castle corridors since the reign of William the Conqueror. It was therefore fitting that Jesus, the King of all kings, be honoured in that place.”

Once associated with fear and warfare 950 years ago, the castle became a place filled with peace and worship.

Good wishes were sent by HM the Queen, and also Prince Philip Kiril of Prussia who is now an ordained minister in Germany.

The finale was rounded off with a fireworks salute – a fitting end to a spectacular afternoon. In honour of Handel’s desire to support the poor through Messiah, a collection taken at the end raised £1040.23 for The Snowflake Trust which provides shelter for the homeless during winter.

Katie Harrison enthused: “It was an amazing event with loads of people from Hastings present.”