BACK TO THE BIBLE

Judeo-Christian values grounded our social and commercial life in truth, loyalty and trustworthiness

Regular readers of this paper will know that on this page we usually look at current news stories from a biblical perspective. Our objective is to look at what is happening in the nation or on the international scene and to try to discern if there is anything that God may be saying to us. This was the ministry exercised by the biblical prophets who brought the word of the Lord to Israel. We don’t claim to be in that class, but we do have the word of the Lord to guide us in looking at what is happening in our lifetime.

During the past month three major stories have been occupying the newspapers and TV news: the collapse of Carillion, the problems in the NHS, and squalid conditions in our prisons.

Although on the surface they all look very different, if we take a closer look there is a common thread, all leading back to one major source – the neglect of our Judeo-Christian heritage – in other words as a nation we have turned our backs upon the social values we derived from the Bible. Just look at the evidence.

The collapse of global contractor Carillion has caused problems for many small businesses and affected the lives of tens of thousands of workers. It resulted from our government trying to get world-class public services on the cheap.

It was an idea generated in John Major’s government but implemented when Gordon Brown was in charge of the Treasury in Tony Blair’s New Labour government. So, both our main political parties have egg on their faces for the monstrous folly that has put millions of pounds into the pockets of venture capitalists at the expense of the British taxpayer.

At a time when interest rates were high the government wished to keep borrowing to a minimum so they let private investors put up the capital for big construction projects, agreeing to buy back the assets over a period of many years. But buying anything on the ‘never-never’ only delays the pain. Now we are told that projects valued at £60 billion are costing the British taxpayer £199 billion.

The papers have also been full of the problems in the NHS due to the flu epidemic and related winter illnesses. Why are our hospitals and care services under such strain and stress?

More nurses are leaving than joining the profession and there have been countless stories of patients left waiting for hours in ambulances or in corridors. Our NHS used to be the pride of the nation and the envy of the world, but this is no longer true, so what has gone wrong? 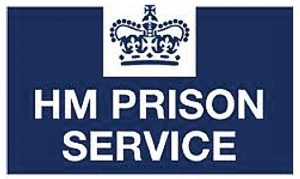 A third big story that has been occupying the media since the new year is conditions in our prisons. Not only are they grossly overcrowded but also some of them are said to be inhabited by rats and cockroaches, with insanitary conditions for the men where drugs are freely available and violence often occurs. Prison warders are said to be stressed and in fear of suffering violent attacks while prisoners themselves are often involved in self-harm and even suicide.

The root of it all

There is a link between these three stories which goes directly to the root of all our social problems today. It is that as a nation we have abandoned our traditional social values which have given prosperity and stability to the nation in former generations.

I’m not saying that there has ever been a golden age when everything was perfect in the nation and everyone enjoyed peace and prosperity. But the social values from our Judaeo-Christian biblical heritage gave us strong and stable family life. They regulated our relationships with other people so that social and commercial life was based upon truth, integrity, loyalty, faithfulness, trustworthiness and fidelity.

It is these values that are lacking today.  Many children have chaotic home lives where they are never taught the basics of right and wrong and serving others rather than self. This is why many boys and girls don’t want to go into the serving professions: they look for anything that will make a quick and easy living.

Family breakdown lies at the root of most of our social problems. The trauma of domestic abuse and child abuse leaves lasting scars. When children are shunted from one household to another, forced to accept other adults or siblings into the home and suffer the upheaval of having to live in a reconstituted family, it interrupts their schoolwork, destroys their friendships and undermines their self-confidence, resulting in depression and ill-health which affects them for the rest of their lives.

Many of the problems in the NHS stem from family breakdown and beds occupied by elderly people who in former generations would have been cared for within the family. Today they are left at the mercy of the state and care services or live in lonely isolation.
It is family breakdown that lies behind the formation of gangs of youths in inner-city areas where the gang becomes a substitute family especially for fatherless boys who have never known the love and stability of a father figure. This is why our youth offenders’ institutions and prisons are overflowing with young men, many with drugs or alcohol problems, or depressive illnesses.

When will the nation wake up to recognise that the only answer to our social problems lies in reinstating biblical values at the heart of our national life, in family, in education and in industry and commerce – and in all our community relationships?

This is where Christians have an enormous responsibility and opportunity. According to Lord Farmer of Bishopsgate who campaigns in the House of Lords for political measures to strengthen marriage and family life, the tide is turning in the nation because people are beginning to recognise the harm that family breakdown has done. He is calling for the government to set up a ‘Ministry for Family Breakdown’.

Christians should be praying for Michael Farmer’s protection, because it is not easy being a Christian in Parliament. In our church life and in our homes, we should be showing the nation the value of loving faithful marriage and family life. This could be the first step towards restoring our biblical heritage.