With tears, they tell us of the horrible things they have seen and experienced

EXCLUSIVE: Stories you won’t see in the secular press. This Sussex-based mission group reports from their first-hand experience of working with persecuted minorities in Iraq

To most of the world, the Yezedis of northern Iraq were unknown a few months ago. But Sussex-based mission organisation World in Need has been working with them for the past 23 years, says its director, David Shamiri

To us the Yezedis are our old friends, people with whom we’ve been working since World In Need was founded in 1991. Many of the children, and sometimes whole families, are sponsored through us and this support has, for many, made a huge difference. 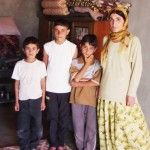 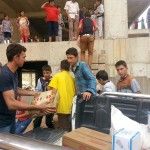 Misunderstood and maligned, the Yezedis have always faced discrimination and persecution, but rarely has the threat been as brutal as it is today. ISIS have swept through the area like a plague, killing men, raping women, beheading children. No-one is spared. No-one is safe.

Among those we helped recently was a family who escaped from a village where 1700 students were executed by ISIS because they were the ‘wrong’ type of Muslim. Non-Muslim people such as the Yezedis would have had no hope of survival at all, had they stayed. With tears they tell us of the horrible things they have seen and experienced.

We’ve also been able to help 600 Yezedi families who have been living on a construction site in Irbil. The construction company has suspended operations so that the people can make their camp there, and World In Need has supplied the money they need for food. We will continue to care for these people, in the short term through emergency supplies as well as long term, through our sponsorship programme.

Although it is important, meeting the earthly needs of the people is not the only way in which we serve them. We also have a care for their spiritual needs, talking to them of Jesus, answering their questions and sharing the Good News, as well as coating them in prayer.

They need us, our help and our prayers more than ever now.

Read our related story about Ukraine

Ukraine: refugees flee into the arms of the Church