Jews teach the Church what is really important

With anti-Semitism on the rise, and Jews under threat as never before, it is astonishing that the government again allowed the staging in London of June’s annual Iranian-backed Al Quds parade. 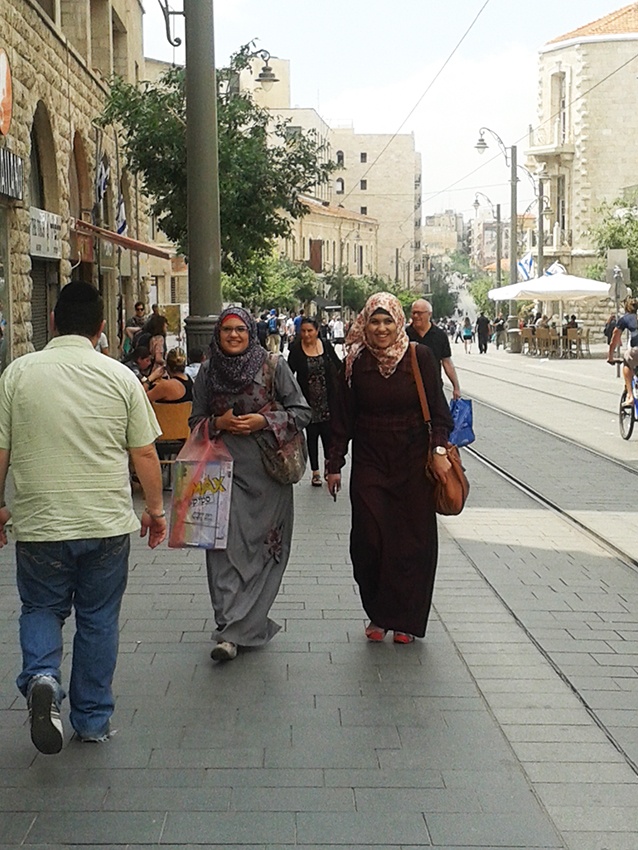 What sense does it make that, in a country where ‘hate speech’ is supposedly illegal, a march fronted by the Hezbollah terrorist group – committed to the destruction of Israel – is free to spread its poison?

Among the cheerleaders, and one of those addressing the rally, was Rev Stephen Sizer, who had already been severely reprimanded for his anti-Semitic views by his own Church of England.1
The whole scenario is an absolute disgrace. And yet Israel’s greatest need is not protection! Bear with me as I will explain in due course.

You will no doubt have heard talk of how we are now said to be living in a post-Christian era, with British society largely having rejected biblical values of the past. But I also detect a very worrying trend in the Western Church towards a kind of post-Pentecost line of thinking that appears to relegate its teaching as ‘passé’.

As the disciples of Jesus were empowered on the Day of Pentecost to spread the Gospel throughout the world, effectively giving life to what is now known as the Church, does this mean that the body of Christ is now in its death throes?

I have just reviewed the most brilliant book I have ever had the pleasure to read – R T Kendall’s ‘Whatever Happened to the Gospel?’ – and hereby offer this piece as a brief postscript to the much-beloved preacher’s latest volume.

Whatever happened to Pentecost? Many British churches seem to have stopped celebrating the day, or even mentioning it, although it’s much more than a day anyway – it’s an experience. Even Pentecostals and charismatics, who supposedly base much of their theology on this vitally important feast, seem largely to have abandoned it.

The need for believers to be emboldened with power from on high, for which the resurrected Christ commanded his disciples to wait in Jerusalem, is rarely discussed. And we wonder why there is a lack of power in our witness.

The Bible feasts, which include Passover and Pentecost (also known as Shavuot), are meant to be celebrated to remind us of key truths and of God’s great bounty and deliverance. Pentecost comes 50 days (or seven weeks) after Passover, is also known as the Feast of Weeks, and is a celebration of the first fruits of the harvest – specifically wheat, the main ingredient of bread.
Jews also mark the occasion to celebrate the giving of the Law on Mount Sinai. And Jesus, the ‘bread of life’ born in Bethlehem (literally ‘house of bread’) is the fulfilment of the Law (Matthew 5:17). And thus Pentecost is a fulfilment of Passover. Jesus, who died for our sins of which the Law convicts us (Romans 7:7), sends his Holy Spirit to empower us to keep a Law that is now “written on our hearts” and not just on tablets of stone (Ezekiel 36:26, Romans 2:15, 2 Corinthians 3:3), thus enabling us to witness boldly for the Gospel.

And so it was that, on the Day of Pentecost, 3,000 souls were added to the body of believers. We absolutely cannot do without Pentecost. Jesus paid a very high price for it. It cost him everything.

Britain is proud to have produced one of the outstanding preachers of 20thcentury Pentecostalism, Smith Wigglesworth, who was illiterate prior to his conversion and subsequently only ever read the Bible. He took the message of the Gospel around the world and raised 14 people from the dead in the process – a modern-day apostle if ever there was one.

Yet today Pentecost is largely forgotten and considered almost irrelevant; something of an embarrassment even. To their credit, the Anglicans, who in some ways are leading the march towards apostasy, still hold on to the feast.

But Jewish believers are doing much more than that. No doubt partly due to their awareness of the festival’s roots going back thousands of years in their history, they are taking Jesus’ words seriously, and literally, as – empowered by the Holy Spirit – they share the good news, beginning in Jerusalem (Acts 1:8).

Jews for Jesus had specifically chosen the feast of Shavuot to preach the Gospel in the streets of Jerusalem, just as the apostles had done 2,000 years ago. And while they are not claiming that 3,000 souls responded, dozens decided to follow Yeshua (Hebrew for Jesus) as they learnt how he had fulfilled Messianic prophecies in the Tenach (our Old Testament). And hundreds more were willing to discuss his claims to be the Messiah of Israel.

One woman, when reminded of what happened in Jerusalem with Jesus, was shocked, and said: “I need to read those prophecies about the Messiah as soon as possible, because although I always believed in God, I did not know about them.”

The general openness was apparently profound, as I have experienced myself. David Brickner, of Jews for Jesus, wrote in their June update: “Of course, the key to success for those first disciples who began in Jerusalem 2,000 years ago was the power of the Holy Spirit. That is still true for Jews for Jesus and anyone else who wants to do God’s work in his way…I don’t know how much more time we have before the return of the Lord, but just like those first Jews for Jesus, we cannot just stand gazing up into heaven (referring to Jesus’ ascension).”
Israel is currently surrounded by implacable enemies who have vowed to bring about their annihilation. This is why Prime Minister Benjamin Netanyahu, the target of a recent assassination plot, is warning Theresa May and other European leaders of the danger posed by Iran.

Yet their greatest need is not defence. For God, who brought them back to the Promised Land in fulfilment of ancient prophecies, also plans to restore them to a living relationship with him. And when they are back with their Lord, the Lord will come back to the world. (Zechariah 12:10 & 14:4)

Indeed, as Israel comes to know that he (Jesus) is the Lord, the nations too will understand this truth. (Ezekiel 36:23) And none of this would happen without Pentecost.

Turbulent priest who dared to diss that Royal Wedding sermon