Watch out, there’s a new Sheriff in town

A High Sheriff, to be precise. Vicar’s wife Davina Irwin-Clark will spend a year as Her Majesty’s West Sussex representative for law and order 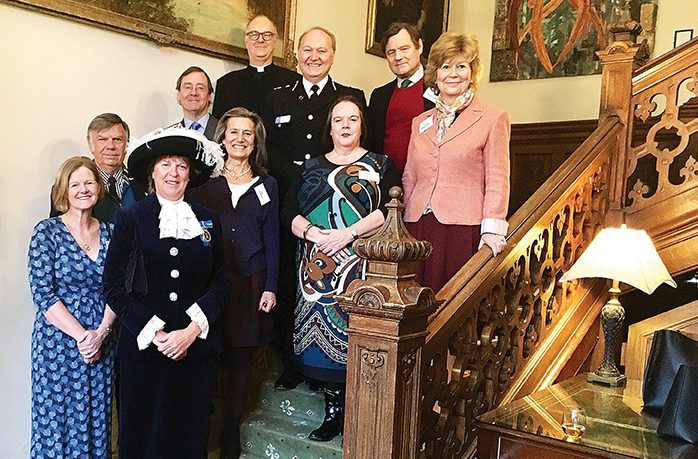 Celebrating 40 years of marriage this summer, Davina Irwin-Clark has spent several decades as a contented ‘BOGOF’ (‘Buy One, Get One Free’) vicar’s wife. But after years of “listening, preaching, encouraging and gallons of coffee,” she has been appointed

the Queen’s High Sheriff for West Sussex, responsible for supporting the judiciary, police, prison service and the Lord Lieutenant.

Thankfully Davina will no longer have to raise taxes, protect the judges with her private army, or arrange elections, but she is looking forward to making a difference in people’s lives. Although she and her husband, Peter, have an adult son and daughter, and “five and a half” grandchildren, a key factor in her life and ministry has been the loss of two of her children as babies.

Now she wants to bring her experiences to bear on how the judicial system affects “fractured families, marriage breakdown and children going into crisis. The effectiveness of early intervention where possible can’t be overstated, so I will aim to make helpful connections for relevant charities and also individuals so that people don’t fall through the cracks.”

Davina was sworn in on 22 March, in front of a High Court judge in Lewes, along with a new East Sussex High Sheriff, Mrs Violet Hancock.

Although both her father and grandfather (who commanded the Royal Sussex Regiment) served as High Sheriff before Sussex was divided, she claims the invitation came as a total surprise.

“I prayed about it of course and felt clear that it was a calling to do it, and therefore although humanly a bit daunted, I knew God always equips when he calls.”

Davina, an English graduate, has chosen her husband, Peter, as her chaplain in her new role.

Together they served parishes in Huddersfield, Southampton, Brighton and latterly in Worthing. Since Peter’s retirement, they are learning how to run the family farm at Handcross, mid-Sussex.

“I struggled against the truth of my life”, says abortion survivor Melissa