“I struggled against the truth of my life”, says abortion survivor Melissa 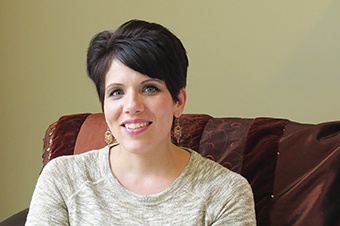 As a baby, Melissa had no name and wasn’t intended to live – until a nurse rescued her from hospital waste

An abortion survivor will share her inspirational story at this year’s March for Life in London.

When Melissa Ohden was just 14, she discovered that she had never been intended to live.

Faced with an unplanned pregnancy as a student, Melissa’s birth mother had been pressured into a termination – and was not told Melissa had survived the procedure, a saline infusion to kill the baby in the womb.

A nurse saved Melissa’s life after hearing her tiny cries as she lay among the hospital’s medical waste. She was later placed for adoption.

Melissa’s memoir, ‘You Carried Me’, describes her years of searching for her birth mother and their “absolutely surreal” reunion. “It’s been a long and painful journey from shame and anger to faith and forgiveness,” she says. “My faith is what gave me the anchor that I needed to get through the darkest days of my life after I found out the story of my survival and struggled against the truth of my life.”

As a result of her experiences, the American campaigner founded the Abortion Survivors Network in 2012 and now speaks up for women, men and children affected by abortion.

The mother of two, who is now 41, is passionate about getting the Church to be “proactive” in addressing abortion, citing a shocking US survey that found that 70 percent of women who had an abortion self-identified as Christians.

She says one young woman at a Christian high school had remarked to her: “I knew that abortion was wrong, but I knew that if I didn’t do it, people would judge me. If I had the abortion, at least then it would be between me and God.”

“We need to have honest discussions about choices that are harmful, but also give grace and love to those that are engaging in them,” Melissa told HEART.

“I believe the most important thing that we can do is love people exactly where they are in their lives, no matter what circumstances they’re in. Pre-marital sex, teenage pregnancy, affairs, there are so many circumstances rooted in sin that ultimately lead to abortion.”

Melissa will be speaking at London’s pro-life festival Lifefest 2019 on 11 May ahead of March for Life’s parade through Westminster with the message ‘Life from conception, no exception’.