Vision for the 21st century church 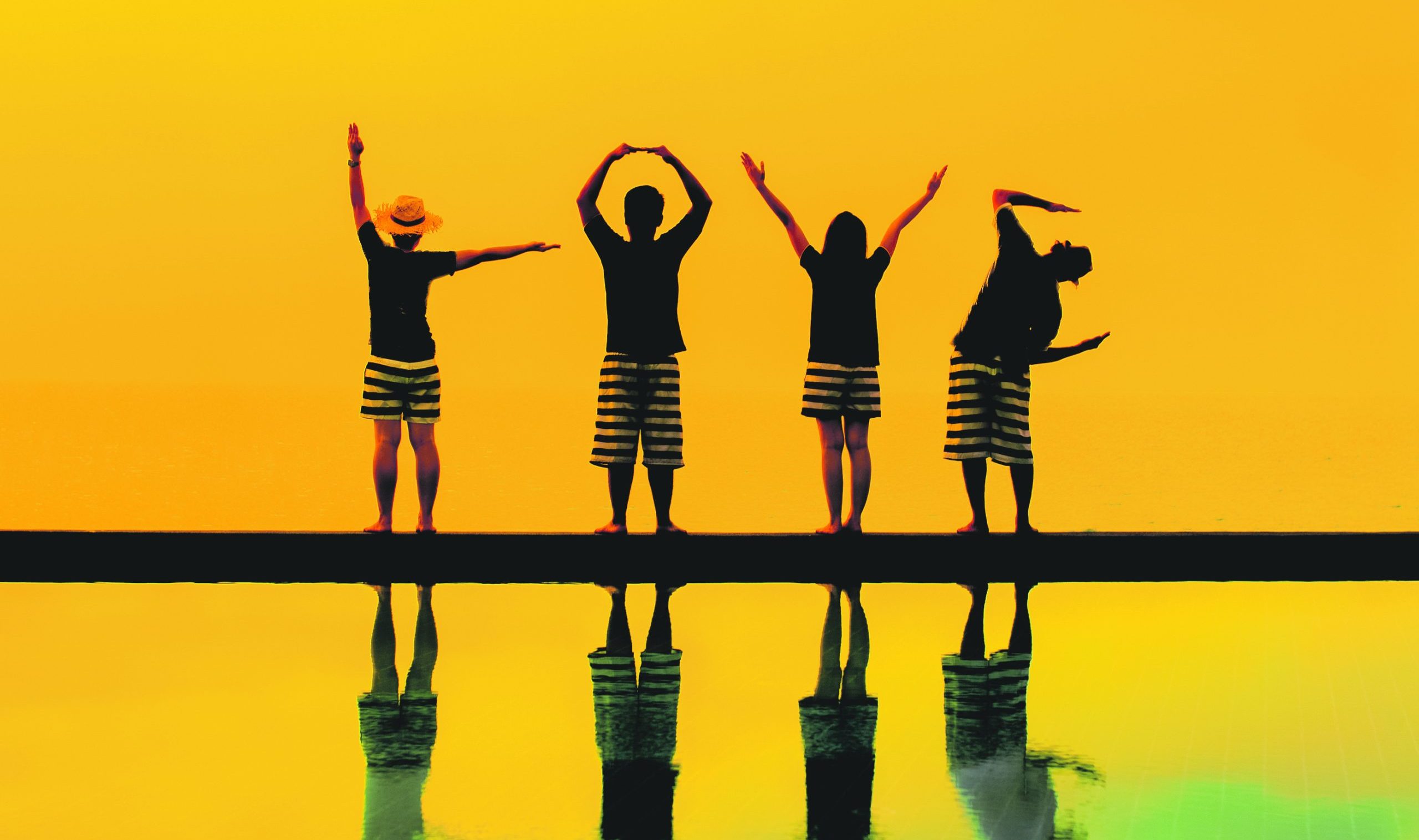 “The time of the Church, as you know it, is over!”

After the unprecedented restrictions of 2020, a radical new vision for the 21st century Church is emerging

Even in our democracies, churches have been closed by state edict, numbers attending services limited and protests made illegal. Across Britain, house groups composed of more than two households, the mainstay of church life, cannot currently legally meet.

Now that Christians in the West have seen how quickly things can change, many of us believe that the Church will never be the same again. We have realised that the events of 2020 have been a wake-up call to the Church.

Indeed, for the past few years Christians have been writing about the rebirth of the ‘ekklesia’, a gathering of ‘called out’ ones. Our blueprint is now the Book of Acts, because we can no longer rely on the security of a regular programme in a church building.

We are seeing the “beginning of sorrows” referred to by Jesus in Matthew 24. The continuing government crackdowns are a pre-cursor, the beginning of another era of the same kind that will bring with it restriction, conditioning and control.

Recently I have been impacted again with a Word from the Lord concerning the Church: “The time of the Church as you know it, is over!”

This is an invitation to be reformed, in our relationship with the Lord, to one another, as well as how we reach people with the good news of Jesus.

If we let God reform us, there will be quite a transformation in church life in the next two to three years. In 2018 I believe God showed me new regional centres, gathering points across the nation, where servant-hearted leaders supported the Church in love and unity.

This would be the last great move of God coming into the UK and Europe.

When the first lockdown was introduced last March, I began to pray over the virus and the pandemic. That was when the word “pre-cursor” came into my mind.

It’s not a word I’d use, so I looked it up. It’s a person or thing that comes before another of the same kind, a forerunner. It also can be a cell or cellular component, from which another is formed.

I believe this is an accurate message from God; it is affecting the whole world and fits with the biblical description of the “beginning of sorrows” in Matthew 24.

If we continue to lead and run church as we know it, we will find ourselves running things on our own

More recently, the other message, “The time of the Church, as you know it, is over!” was accompanied by a very strong sense that if we continue to lead and run church as we know it, we will find ourselves running things on our own, because the Lord has removed his blessing.

I am convinced that this is a message that needs to be heeded.

Therefore it’s vital that leaders stop and re-evaluate what in on God’s heart now.  God’s passion for his Church is very strong and I am convinced he is calling us back to himself in this season.

I am not the only Christian who has been prompted to rethink how the Church operates in recent years, leading to discussions of a return to the ‘ekklesia’.

Back in July 2018,  I felt the Holy Spirit was urging me to write down what he had been putting in my heart concerning his ekklesia – his gathered people – a Church that is truly his.

I now realise how timely this was. Like others, I believe God has used this time of closures to challenge our thinking.

I was led to write a short, biblical overview of what God’s ekklesia is: the corporate body and bride of Christ. It also explains God’s purpose for us and how we as his body should function. It’s a man-sized read: you can read it in an evening!

We have a window of time to work in

Much of the current Church needs a reformation in its structure and function. We are still restricted in an “old wineskin” (Mark 2:21-22) and seem to be satisfied, perhaps not realising how far away we as his ekklesia have drifted from God’s Word and blueprint.

When Jesus said, “I will build my ekklesia and the gates of Hades will not prevail against it”, he was using a word that had no connection to religion. It was used by both the Greek and Roman empires, and in the time of Jesus it referred to a secular institution which had a governing role.

What a great description of Jesus’ Church and her purpose! It is through his Church that his Kingdom comes into people’s lives.

These gatherings were often part of a meal, usually in homes with the breaking of bread and celebrating Jesus’ victory over sin and death

God wants to revive households and homes. In particular, he wants to restore open gatherings where everyone comes together and brings a song, a teaching, a tongue, a revelation or an interpretation. This is body ministry, where everyone contributes to the building up of others.

It’s the type of meeting that the early Church had more than anything else. These gatherings were often part of a meal, usually in homes with the breaking of bread and celebrating Jesus’ victory over sin and death.

We majored on this type of meeting in the first church I led; although we met in a public hall on Sundays, the church’s fundamental strength was in the relationships forged in weekly house groups, where we had strong prayer and worship and members were friends outside the groups. Although I brought teaching in our main meetings, we included “open” times, when members were encouraged to contribute.

We must never forget Jesus’ last command before he went up to heaven: to GO into all the world and proclaim the good news and make disciples in his name.

The ekklesia that Jesus is building is to be in the marketplace. We are to govern, especially in the place of prayer; then we can go out into our communities and workplaces with the spiritual authority that brings people to Christ, heals the sick, casts out demons and sets people free.

To do this, we need a fresh encounter with Jesus; we must seek him wholeheartedly and let the Holy Spirit speak to us and change us from within.

If we do this now, then when persecution comes, we will be reformed

Things in our world are changing fast; we have a window of time to work in, because persecution of the Church is coming.

But if we do this now, then when persecution comes, we will be reformed and ready to function in the way the New Testament has taught us all along.

Paul Taylor is married to Claire; they have four children and eight grandchildren.

With others, Paul pioneered a house church in West Sussex in the 1980s, which grew over the next 14 years. In 1995, he handed it over to other leaders and joined Kingdom Faith Church in Horsham, Sussex, serving as a pastor for 21 years, including working with others to pioneer a church in Crawley.

But having received a clear instruction from God to “Stop, lay everything down and to seek the Lord”, it became clear that the Holy Spirit wanted to reform Paul and his ministry.

In 2017 Paul and Claire were led to Bude, Cornwall and have become part of the local Christian community.

Paul says: “I have been going out, sharing the good news of Jesus with others, knowing there is a ‘harvest’ of people waiting.”

Paul has started a charity, ‘GO2ALL’, to support mission within Cornwall and other parts of the UK and Europe. He is developing relationships with other leaders and ministries across Cornwall and Devon to help train and equip church members to be effective witnesses wherever they go, leading people to Christ and making them true disciples of Jesus. He currently uses his business as an electrical contractor to support the ministry.

From the end of February, Paul plans to have content relevant to believers and non-Christians at www.go2all.org.uk

Paul can be contacted at hello@go2all.org.uk

The booklet, ‘21st century church reformation’, by Paul Taylor, can be ordered from HEART resources. £3 per copy inc p&p or five copies for £10. Bulk orders are available for a further discount.

Prophecies about a reformed Church have also been released by Jarrod Cooper, Sharon Stone and Tomi Arayomi. For copies, please email subscribercommunity@heartpublications.co.uk or send £3 for p&p to the office.