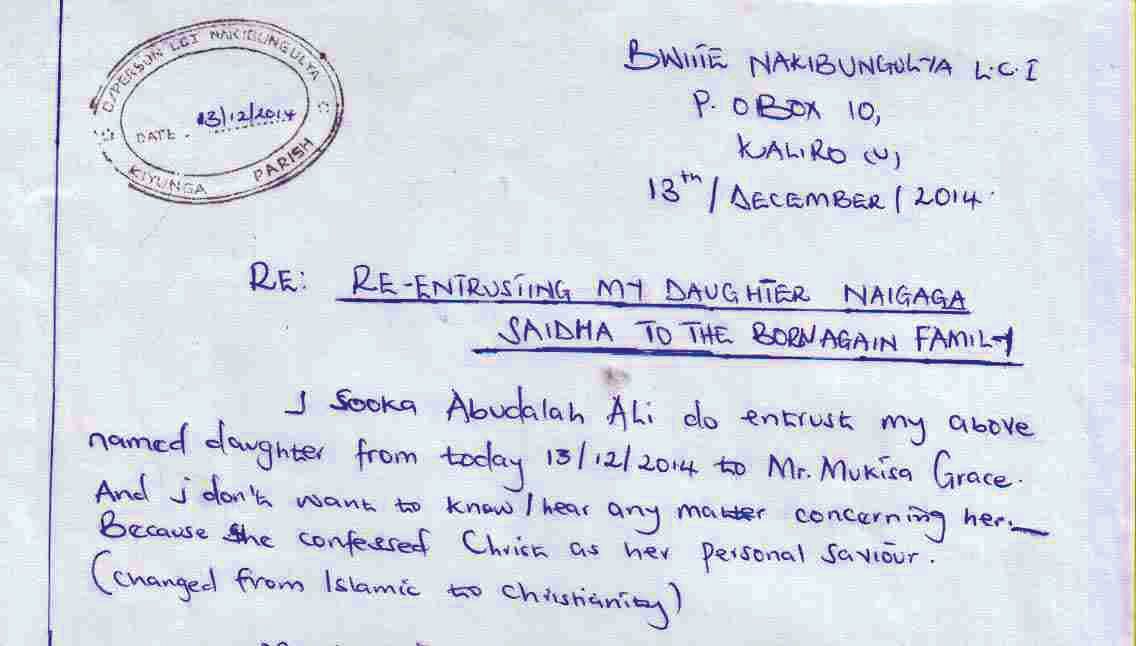 Then he writes letter to ‘disown’ surviving daughter, 12

A TEENAGE GIRL has been traumatised after learning her sister was beaten to death with a club by her father for converting to Christianity.

Sisters Naigaga Saidah, 12, and Namugonya Jamirah, 15, converted from Islam at an evangelical event in Bwita trading center in the Nakibungulya area in Uganda in December. Imam Abudalah Ali of Bwita Mosque in Kaliro District, later beat Jamirah to death. Saidah was also beaten but managed to escape to a local pastor’s house. She found out two weeks later that her sister was dead.

The Imam said Jamirah died in a motorcycle accident, according to a Morning Star report. He tried to get Muslims in the area to kill his surviving daughter and later disowned her. In a letter (see image) he said he was leaving her in the hands of born again Christians.

Saidah is in need of prayers, counseling, medical support and school fees.