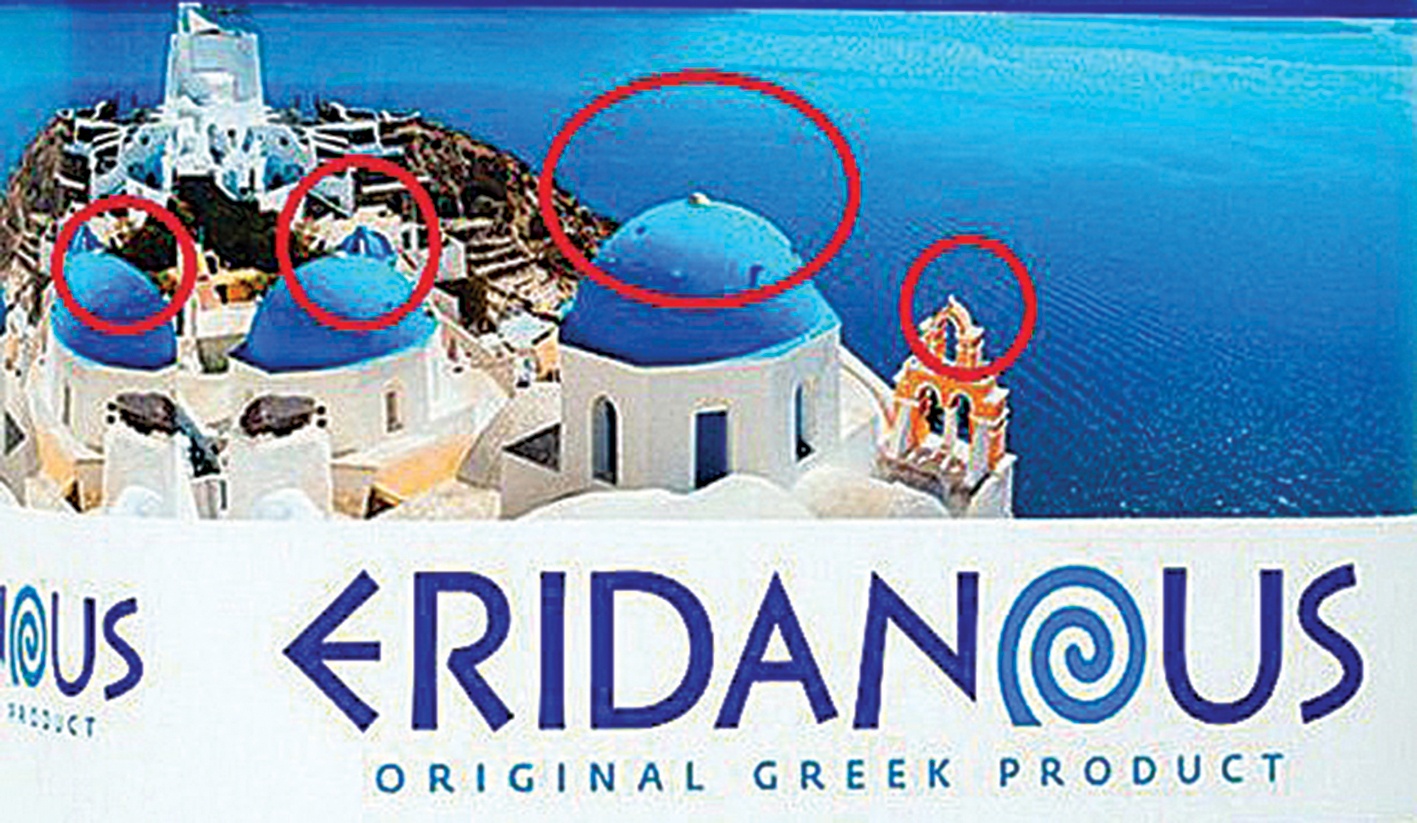 The digitally-altered Santorini church as it appeared on Lidl packaging (Credit: Stacy Cashman at RamblingTraveler.com)

Lidl has been caught out deleting crosses from packaging photos.

The supermarket chain digitally removed the crosses from photos used to illustrate their Eirdanous range of Greek food. The pictures were of a Greek Orthodox church in Santorini.

After disgruntled shoppers drew attention to the Photoshopped images, Lidl UK told Premier Radio: “We are sincerely sorry for any offence caused by the artwork on our Eridanous product range and can confirm that we will be revising the packaging design as soon as possible.”

Anglican evangelist J John, of Greek descent, commented: “It’s a worrying and silly trend but the Church has seen worse and outlived it. From the first Good Friday onwards there have been repeated efforts to bury the truth of the cross and the One who died on it. Yet the name of the church in the image is the Anastasis – the Greek word for the resurrection. It’s a reminder that no one can keep the truth hidden. The Roman Empire couldn’t and I don’t think Lidl will.”