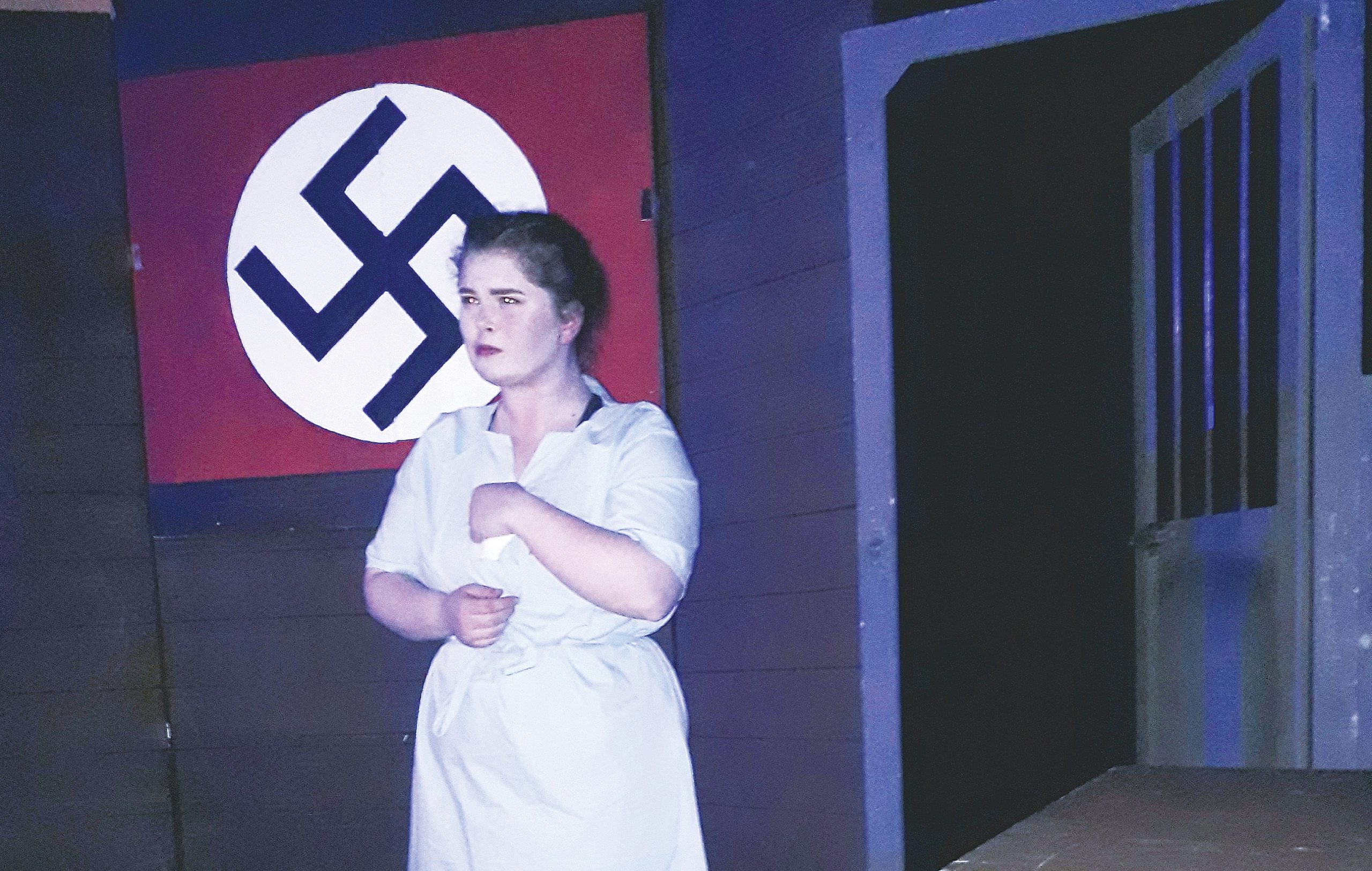 Instead of marking Holocaust Memorial Day with a sober service, our church experienced a dramatic re-enactment of the story of Dutch resistance heroine Corrie Ten Boom (played by Anna Hooper, pictured), who was sent to Ravensbruck concentration camp for sheltering Jews from the Nazis.

From the depth of human degradation to the height of divine forgiveness, we were led on an amazing journey of insight into the horrors of the Holocaust.

One of the most moving scenes was when one of the former Ravensbruck guards came to a meeting addressed by Corrie. He had been particularly brutal to Corrie’s sister, Betsie, leading to her death in the camp, but now he had become a Christian and was anxious to meet Corrie.

She knew that God wanted her to forgive this man who had been so cruel, but it was a struggle. Asking God to help her, she stretched out her hand to him, at which the power of God came upon her and she forgave him. It was a scene I will never forget – the importance of the power of forgiveness!