Are we being lulled into accepting a ‘One world religion?’ 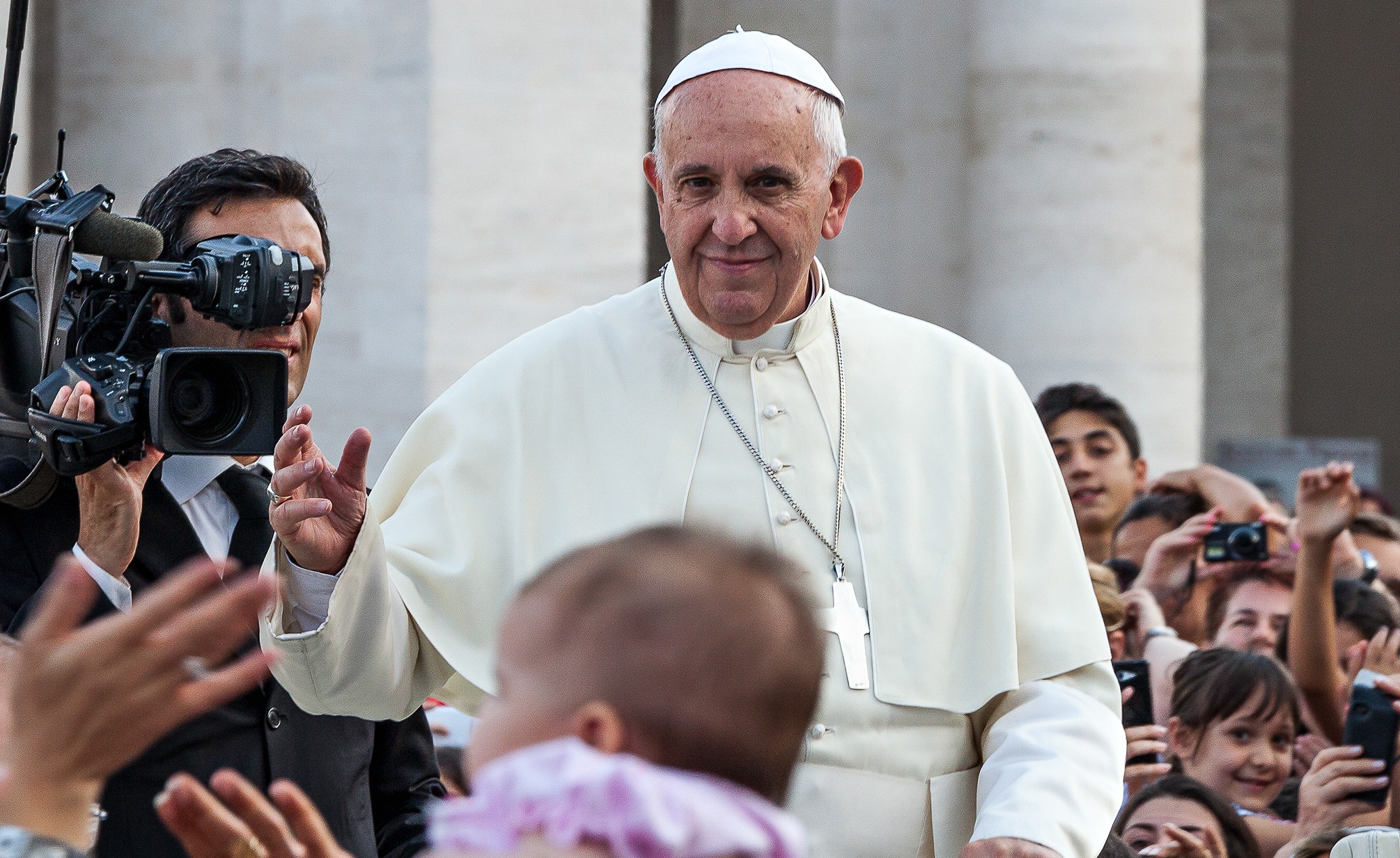 Governments around the world have been deploying invasive surveillance technologies to contain the Covid-19 outbreak and enforce our compliance, while some world leaders are encouraging us to accept doctrines that deny the Gospel

Christianity and the Bible are under attack more than ever.

Last year brought more spiritual decline, though many who watched live-streamed services may have quietly turned to the Lord.

Is the stage being set for the ‘Great Tribulation’? Was the coronavirus epidemic deliberately planned to collapse the world economies, reset them and make us all obedient slaves to some atheistic pseudo-Marxist world government?

The conspiracy theorists think so and refer to the sudden arrival of Covid-19 and the remarkably rapid development of vaccines to “save the human race” from it. Whether they are right or not, it does seem that anyone refusing to take the vaccine will be unable in the future to work, travel, or attend a public gathering.

Governments around the world have been deploying invasive surveillance technologies to contain the Covid-19 outbreak and enforce our compliance.

I expect all of us have considered:

There is an old adage that when God wants to do some farming, he gets the devil to pull the plough! Does God’s warning to the Israelites when he had rescued them from Egypt also apply to us

Time is running out to reach our unsaved family, friends and whoever God leads us to, with the love of Jesus and the hope of rebirth and eternal life.

“If you do not carefully observe all the words of this law that are written in this book, that you may fear (revere) this glorious and awesome name, THE LORD YOUR GOD, then the Lord will bring upon you and your descendants extraordinary plagues – great and prolonged plagues – and serious and prolonged sicknesses.” (Deuteronomy 28:58-59)

While Christians are not under the law, the world, in its legalised depravity – like the Israelites – has not obeyed the voice of the Lord. God does not change. (Malachi 3:6)

Whatever the origin of Covid-19, we should remember that we are in a spiritual battle. But God is sovereign and promises us that, “When the enemy comes in like a flood, the Spirit of the LORD will lift up a standard against him.” (Isaiah 59:19)

Was 2020 a final warning to put away sin? It does seem that God is using the lockdown to remove what distracts us from seeking him.

Time is running out to reach our unsaved family, friends and whoever God leads us to, with the love of Jesus and the hope of rebirth and eternal life.

Yet in apparent ignorance of history and the blood shed for the Gospel, a weak Church has allowed God’s Word to be compromised by not standing against secular government and education.

Christianity should not be taken for granted; it prevailed as Europe’s religion against Muslim invaders, but now, centuries later, we are entering another Dark Age.

Through ignorance, control and repression by the Church, the biblical doctrine of salvation through faith in Jesus Christ was withheld from the world for a thousand years. For much of this time, Christianity in Europe was also under attack from Islam, firstly by the Arab Saracens and later the Ottoman Turks.

So it defies reason that liberals in some churches are embracing Islam, saying that they worship the same God. Some religious leaders have even gone so far as to try to merge Islamic and Christian practices, and the term ‘Chrislam’ has been coined to describe this ‘ecumenical’ movement.

Islam believes that Jesus will return as Mohammed’s deputy and denies the cross, yet the Qu’ran, a book that denies the resurrection and the Lordship of Christ, has been read in church services, while Pope Francis has authorised Islamic prayers and readings from the Qu’ran at the Vatican.

Indeed, speaking in St Patrick’s Cathedral in New York, Pope Francis appeared to lay a foundation for a one world religion when he implied that Christians and Muslims worship the same God.

Presidents Barack Obama and George W Bush were both reported as saying that Christians and Muslims worship the same god, a statement that hints at ‘Universalism’ – a doctrine which advocates that everyone will be saved.

Is Universalism a politically inspired doctrinal trap to persuade the world to adopt the harlot one world church of Revelation 17?

It concerns me that some Christians seem ready to overlook the fact that Jesus shed his blood on the cross to atone for our sins once and for all time.

Hence Jesus warned against deception: “Take heed that no one deceives you. For false christs and false prophets will arise and show great signs and wonders to deceive, if possible, even the elect.” (Matthew 24:4 and 24)

What should we do about the delusion that is upon us? Paul said: “The coming of the lawless one is according to the working of Satan, with all power, signs and lying wonders, and with all unrighteous deception among those who perish, because they did not receive the love of the truth, that they might be saved. And for this reason, God will send them strong delusion, that they should believe the lie, that they all may be condemned who did not believe the truth but had pleasure in unrighteousness.” (2 Thessalonians 2:9-12) We are warned!

We are experiencing the fascism of a new dictatorship

We can be thankful that God used the Roman Church to protect his Word during the Dark Age. If Christian armies had not stopped Islamic invasions, Christianity could have been destroyed.

But Islam is only part of the problem and its influence may be decreasing.

We are now experiencing the fascism of a new dictatorship. There is no doubt secular governments are under Satan’s control and have been indoctrinating and conditioning us for years in preparation for a New World Order and economic ‘reset’.

‘The Great Reset’ has been written and talked about by World Economic Forum founder Klaus Schwab and is endorsed by Prince Charles for its climate aims. Its slogan, “Build back better”, was adopted by Joe Biden for his presidential campaign in 2020. It links to the UN’s Agenda 2030 for sustainable development, but critics see it as a means for the “elite” to seize more power and individual rights.

Are the Covid-19 lockdowns trial runs for what is to come?

And is taking the knee to Black Lives Matter another symptom of our being indoctrinated into subservience? People who do so, however well-meaning, are unwittingly giving credence to the Marxist ideology behind it.

From the lessons of Nazi Germany we see how fascism is not much being imposed by fascists, who may be few in number, but by a population that has willingly surrendered its freedom to their lies for the so-called ‘greater good’. We know that one day every knee will bow… and every tongue confess that Jesus Christ is Lord to the glory of God the Father. (Philippians 2:10-11)

In the Great Tribulation to come, Babylon is portrayed in Revelation 17 in a number of ways: it is the New World Order system combining world government with a universal church, the Antichrist’s confederated empire, and a combination of apostate Christianity and other religions.

The Apostle John heard a voice from heaven proclaim: “Come out of her, my people, lest you share in her sins, and lest you receive of her plagues.” (Revelation18:4)

We are not yet in the Great Tribulation, because that is the time of God’s wrath on the world and the true Church will not be part of it. But we have always experienced tribulation from Satan. Jesus said: “In the world, you will have tribulation; but be of good cheer, I have overcome the world.” (John 16:33)

We are indoctrinated by political correctness not to cause offence. For this reason, many churches elevate a social gospel over the Gospel of salvation. We see this particularly on the BBC’s Sunday morning services. God’s Word upsets many and is a major cause of Christian persecution.

God desires that no-one should perish, but Scripture does not give us the Universalist option that all are eventually saved. Paul made it clear that being and doing good works does not save us. (Ephesians 2:8-10) Isaiah said all our righteous deeds are as filthy rags. (Isaiah 64:6)

At the great white throne of judgement that will take place at the end of the Messianic Kingdom age, the unbelieving dead will be judged for what they have done so that they may receive punishment commensurate to their lives, but no matter how good a life they may have led they are not saved and are cast into the lake of fire Revelation 20:11-15. What the lake of fire is and what happens in it we are not told. (See also Daniel 12:2). It is certainly eternal separation from God.

Jesus spoke more about hell than heaven. He used three symbols: that of everlasting punishment (Matthew 25:46); that of destruction (Matthew 10:28); and thirdly that of exclusion or banishment into darkness, outside of heaven. (Matthew 25:1-30)

Here is a quotation from CS Lewis’ book, ‘The Problem of Pain’:

“In the long run the answer to all those who object to the doctrine of Hell (and thereby presumably adhere to a doctrine of Universalism) is itself a question: “What are you asking God to do?” To wipe out past sins and, at all costs to give every unbeliever a fresh start, smoothing every difficulty and offering every miraculous help and forgive them? But Jesus has done so, on Calvary. They will not be forgiven. Should He leave them alone? Alas, I am afraid that is what he does.”

None of us can pretend to understand all of God’s ways, they are not our ways (Isaiah 55:8) but it is our job to accept the Gospel’s hard teachings by faith and communicate them as they are written.

So, whether 2021 will be increasingly difficult – even catastrophic – or, as many of my neighbours believe, will be a return to normality, we will have to see. It may well be a return to some sort of acceptable normality for those who believe the lie and have put their trust in science as their saviour through the Covid-19 vaccine, and are prepared to submit to all the increasingly intrusive measures of the New World Order for the greater good, having been frightened into conformity.

But Christians should know the world is being deluded and that night is coming when the true Gospel can no longer be preached. We must do God’s work while we can and show the world that we are not in fear of Covid-19, and tell whom we can the truth that “God has given us eternal life, and this life is in his Son. He who has the Son has life; he who does not have the Son of God does not have life.” (1 John 5:11-12)

Thank God we can go on trusting him and his Word in 2021! 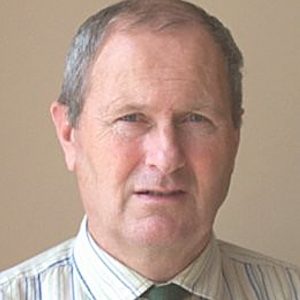 After service in the Royal Navy from 1963-1983, Richard Prendergast served in the Royal Australian Navy Reserve until 1994, combining this with volunteer missionary work on the ships of OM (Operation Mobilisation). From 1989-2002 he was Master of both the Doulos and Logos, responsible for up to 400 crew. He then worked for the UK Hydrographic Office, and from 2004-2014 was Executive Director of the Naval & Military Bible Society (www.nmbs.org.uk). In 2011 he was awarded an honorary Doctorate of Divinity by the Military Bible Association (USA) for editorial work on the Modern English Version Bible for US Armed Forces. He has degrees in science and theology.

He has written a booklet of anecdotes and memories of his missionary work; please email subscribercommunity@heartpublications.co.uk if you would like to receive a free copy by email.