THE DIGITAL IDENTITY FRAMEWORK:  IDENTITY IN CHRIST OR IDENTITY CRISIS! 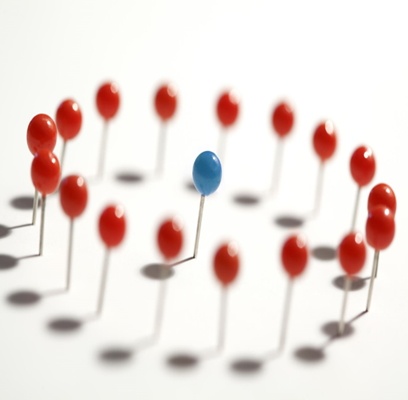 Covid and now the Ukraine/Russia war have effectively distracted us from a number of new laws which have quietly come into force.

Apart from those of us who regularly watch UK Column News and other alternative sources, how many of us were aware of the plethora of bills that have escaped public scrutiny and have quietly been passed into law in 2022? Meet the Advanced Research and Invention Agency Act 2022, the Online Safety Bill, The Police, Crimes and Sentencing Bill and the Gender Recognition Bill. These are in addition to the bills listed in my book ‘The Tyranny of Evil’ (published in September 2021).

The latest, the Economic Crime (Transparency and Enforcement) Act 2022, which is directed at allies of President Putin is, in my view, a deliberate misuse of law for political reasons.  It was laid before Parliament on 1 March, and now has Royal Assent – what informed discussion or debate could possibly have taken place? The Act was fast-tracked partly in response to Russia’s invasion of Ukraine and became law on 15 March 2022.

The Statutory instrument 2022 No 519 (C22) is about proceeds of crime and is aimed at giving the government authority to control money and assets belonging to any Russian who, they think, supports Vladimir Putin’s regime. The Secretary of State will decide who has committed such a crime and will make the order to seize assets or block them. No proof or evidence is required, just the whim of the government.

But the most sinister bill to have escaped media coverage is the UK Digital Identity and Attributes Trust Framework, which was quietly published on 11 February 2021. The first version of the draft policy was called Alpha Version One which was put out for consultation to lawyers, business, employers, academics, and the public until September 2021. Did anyone hear about this in the media?

The UK Digital Identity and Attributes Trust Framework was hailed as a huge step forward in setting the national approach for digital identity solutions, enabling people to prove who they are or some fact of their identity easily and securely. Such solutions, we are told, will unlock improved user experience in the digital world, increase security, and boost economic growth. Really?

The government’s argument for this system is predicated on the notion that it was needed because of Brexit to verify which Europeans already resident in the UK were entitled to live and work here. The Home Office previously signed up to the new digital system being developed by the EU in March 2020, the objective of which was the collection and collation of all the so-called applicants’ identity details and other pertinent personal information through one centralised online database.

According to The Law Society (lawsociety.org.uk), the government plans to create a “digital identity and attributes governance framework” for the future use of digital ID, with this framework being part of a project to create a digital ID process that can be used as an alternative to physical ID such as passports or bank statements.

Which reason is correct and where is the data to support this apparent need, or is it – like the Covid ‘crisis’ – all deception and no facts but instead is part of a new normal control over the population?

In fact, there was sufficient feedback from the consultation which required the first part of the policy to be amended; Alpha Version Two came into force on 6 April 2022. Alongside the consultation process was another, asking for suggestions on how the Digital Identity System should operate.

Matt Warman MP, the minister overseeing the UK Digital Identity and Attributes Trust (part of the Dept for Digital, Culture, Media & Sport) said in his policy update on 6 April 2022, that digital identity is being pushed up the agenda across a variety of sectors and services. However, he maintains there is no need to worry because the government shows clear leadership in this space.

The minister also said in his 6 April policy update that the government had received many responses to the consultation from the public. He was, apparently, gladdened by the response from industry and also said that they had received many responses from the public which included concerns and misconceptions about the government’s intentions for the framework and wanted to ensure transparency and control for people over how their data is used.

The Framework is due to go live once all the legislative and governance measures are implemented. The first policies to be passed into law were ‘The Right to Live’ and the ‘The Right to Work’ Digital ID checking framework that took effect from 6 April 2022.

It is very interesting that those prospective employers and Landlords who fully comply with the requirements will be awarded a ‘Trust Mark’ (2.3.1.1).

See https://www.gov.uk/government/publications/digital-identity-certification-for-right-to-work-right-to-rent-and-criminal-record-checks: it is clearly stated that it was due to come into effect on 6 April 2022 so as to link in the ‘Vetting & Barring’ legislation checks.

Already the discerning will see that digitising all this data is not for our benefit but is about ‘control’. Herein lies further evidence, if any were needed, that the world is on the road to the Tribulation period ‘mark of the beast’ (Revelation 13:11-18).

Here is one masterful piece of mumbo jumbo about the Digital Identity: “In the context of this trust framework, a digital identity is a digital representation of a person acting as an individual or as a representative of an organisation. It enables them to prove who they are during interactions and transactions. They can use it online or in person. Services and organisations that let users use secure digital identities can better trust that those users are who they say they are.”

Well, if you got that, answers on a postage stamp, please!

So, what are attributes?

“Attributes are pieces of information that describe something about a person or an organisation. You can use a combination of attributes to create a digital identity. You must ‘bind’ attributes to a person before you can do this. A list of attributes is given in the bill.”

The next statement on the government’s web site is much more revealing as the real intention is clearly stated: “Attributes are not only used to create digital identities. They can also help prove a user is eligible or entitled to do something. In some situations, this proof can be added to an existing digital identity. In others, there will be no need for you to know the identity of the user before they can complete an interaction or transaction.”

So an organisation can check attributes to see if someone is eligible to complete an interaction or transaction. This is clearly another control mechanism and one that could be illegal if it is not used properly, and the rules followed.

This revised document, Alpha Version Two, explains what rules organisations will need to follow to be certified against the Trust Framework in the future. It does not supersede the requirements in any other contracts, policies, or legislation that organisations already need to meet, but I can see cases where personal identities are not properly protected, and these could be challenged in law.

For example, multiple certifications and uses could be required, or there may be occasions when a certified member operates outside his area of practice. As the amended Framework has been altered following extensive consultation with industry and others, it has become very complicated due to the number of different uses and requirements cited.

The following comments from the Eversheds-Sutherlands website may shed some light on the fears of illegality:

“Digital ID is becoming an increasingly common cornerstone of transacting online, accelerated by the pandemic. Whilst Digital IDs present a great opportunity for facilitating digital economy growth – as well as preventing potential fraud – if implemented poorly, Digital IDs could significantly damage trust and privacy and prejudice the vulnerable; and, in a worst-case scenario, could allow a fraudster to assume another’s ID (and even lock out) that individual from their own authorised account/life.”

Other responses bringing critical concerns came from Corporate Crimes and Investigations practitioners and also Technology and Global Privacy & Cybersecurity Groups. These can be accessed at https://www.eversheds-sutherland.com/global/en/what/articles/index.page?ArticleID=en/tmt/UK-Government-aims-to-lead-on-trust-in-Digital-IDs

Linking in with the roll-out of the Framework will be the gradual introduction of the Bitcoin cryptocurrency. The timing of this, I suspect will be dependent upon the collapse of the global economy. Western governments are already trillions of dollars /pounds/euros in debt and Blackrock and Vanguard stand ready to step in to buy the debt on globalist conditions.

Jesus made clear to his disciples that one of the main signs of his coming to ‘rapture’ (snatch away) the Bride Church, would be deception followed by lawlessness, persecution and an increase in wickedness (Matthew 24, 2 Timothy 3:1-9 and Mark 13).

Not Tony Blair who, referring to the Framework in the Andrew Marr show on 2 January 2022, called it the “Digital Identity Ecosystem” – ‘DIE’! Perhaps the acronym is the true objective for those living in the Tribulation period and who refuse the ‘mark of the beast’?

The Governing Body for the Framework is yet to be appointed but at the present time there is no news of who this might be. but who will be appointed ‘chair’? My guess is the Antichrist eventually, but before him, one of his acolytes.

I conclude that the Digital and Trust Framework is not national but global. It is not about Brexit but about totalitarian control. It is not democratic but autocratic and it not for good but for evil.

My identity is in Christ as a child of God and a new creation. My right to exist comes from God who formed me in my mother’s womb. I am wonderfully and fearfully made in the image of God.

That is a fact and my inalienable right. I am defined not by a computer algorithm, nor by a CCP (Chinese Communist Party) AI (Artificial Intelligence) computer, but by my relationship with God through Jesus Christ.

God makes the decisions about my life. He blesses, cares, and provides for me and for my loved ones. AI cannot and will not care for me in the same way, even though the new NHS ‘X’ (the planned replacement for the existing NHS) is run by AI. The on-line information about NHS ‘X’ says: “After three years leading the digital transformation of health and social care as NHSX, we are integrating with the Transformation Directorate at NHS England. No commencement date has yet been set.

All this digital chicanery overseen by humans will not be able to care for me like God does, either.

The good news is that God is on his throne and his plan is coming to fulfilment. Jesus is coming back for his ‘bride’, the Church, and God’s judgements on unbelieving Israel and the world are not far away.

Time is short. The Lord tells us not to be troubled by all this nor to be fearful but to trust in God as he, Jesus, is coming back for us to take us to be with him. (John 14:1-6).

He also told the disciples to be of good cheer because he has overcome the world (John 16:33) and that the gates of hell cannot prevail against us (Matthew 16:18). Hallelujah! Thanks be to God.

Rev Andrew Baguley is author of ‘The Tyranny of Evil’ and seven other books: