A call to strip Catholic schools in Scotland of their right to determine their sex education curriculum has been made by the Humanist Society Scotland.

The Society claims Catholic pupils are being “left behind” on sexual issues, like pornography and sexting, which are taught about in other schools. END_OF_DOCUMENT_TOKEN_TO_BE_REPLACED

Named Person scheme defeated in all but name

In a major victory for family campaigners the Scottish Government has been forced to admit that its controversial Named Person legislation requires significant changes.

The scheme would have appointed a “named person” to monitor the welfare of every child in Scotland from 31 August. END_OF_DOCUMENT_TOKEN_TO_BE_REPLACED

Who will govern Scotland? 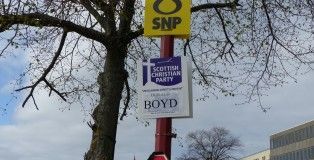 The United Kingdom once had a British empire ‘on which the sun never set’. Now even the union in 1707 of England, Scotland and Wales faces the prospect of falling apart The sweeping success of the Scottish Nationalist Party (SNP) in the General Election has placed the UK government in a no-win situation. If no further concessions are made towards the ‘Lion rampant’ spirit, then support for it will continue to grow. However, further devolution will increasingly erode the arguments against full independence. Meanwhile a future UK referendum on EU membership could prompt another separatist vote in Scotland. END_OF_DOCUMENT_TOKEN_TO_BE_REPLACED 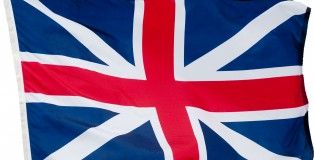 Forty-five per cent of the people of Scotland were pushing the nation towards the edge of an abyss. If they had succeeded in getting a ‘Yes’ vote they would have destroyed the whole United Kingdom. It was a bit like wanting to change the wallpaper in one room but ending up by pulling the whole house down. END_OF_DOCUMENT_TOKEN_TO_BE_REPLACED

A Scottish bid to legalise assisted suicide is “unnecessary, unethical and dangerous”, and could lead the vulnerable to feel they have a “duty to die”, campaigners say. END_OF_DOCUMENT_TOKEN_TO_BE_REPLACED