The Court of Appeal has ruled that the UK’s ban on assisted suicide does not contravene human rights legislation.

END_OF_DOCUMENT_TOKEN_TO_BE_REPLACED

The European Union has stepped in on behalf of Asia Bibi – the Christian woman on death row for blasphemy in Pakistan.

END_OF_DOCUMENT_TOKEN_TO_BE_REPLACED

Leading jurists from around the world are calling on China to stop the torture of its human rights lawyers, many of whom are Christians.

Lawyers who have been tortured include Li Chunfu who has just been released on bail. The Christian is showing signs of trauma and severe mental breakdown after his ordeal, which is said to have included torture by electric shock batons. END_OF_DOCUMENT_TOKEN_TO_BE_REPLACED

A new report from Parliament’s Joint Committee on Human Rights has criticised the government’s equation of strong religious beliefs with terrorism. “British values” and the plans to register and inspect Sunday Schools have also come under fire.

Tasked with examining the Government’s planned counter-extremism legislation, the Committee was deeply critical, questioning the need for the plans and claiming that existing legislation already “deals appropriately with those who promote violence.” END_OF_DOCUMENT_TOKEN_TO_BE_REPLACED 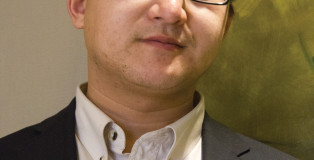 As China continues to tear down crosses from churches in Zhejiang there are fears that every church cross in the province could be demolished by Easter.

Release International, which supports persecuted Christians, fears cross demolitions in Zhejiang and the growing crackdown against prominent Christians could be set to spread across China. END_OF_DOCUMENT_TOKEN_TO_BE_REPLACED