SOUNDING A TRUMPET ACROSS THE NATION 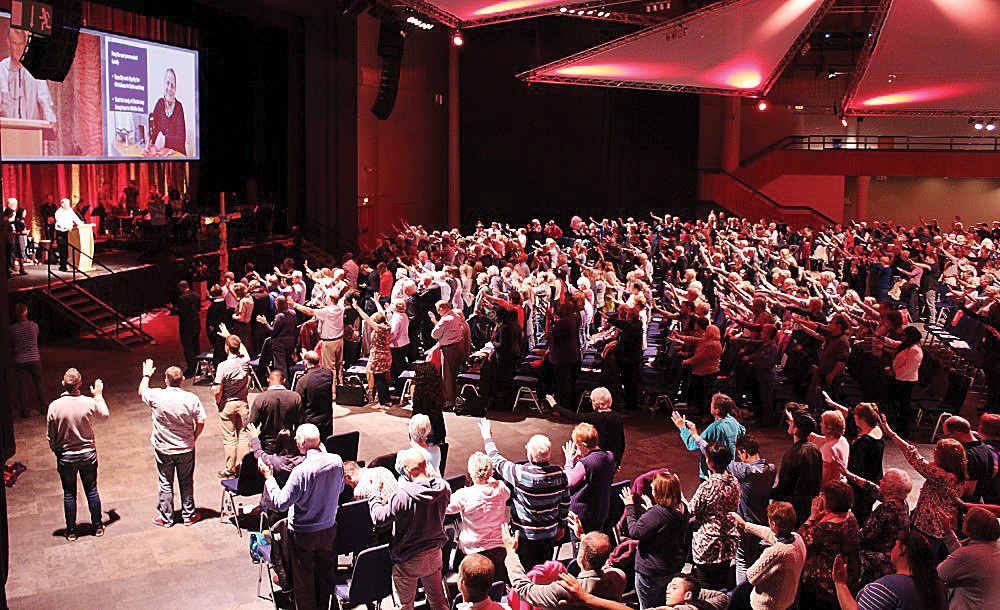 About 2,000 Christians gathered at the International Convention Centre in Birmingham to pray and praise God! We were thrilled to learn that the ground where the ICC stands has been a place of prayer and revival in the past!

Ian Cole, founder of Birmingham’s World Prayer Centre, shared his passion for God and for the good news of the Gospel. Leaders of six well-known ministries shared their vision and we prayed for their work and for seven Gospel themes.

As we prayed, a trumpet was sounded and we made Gospel proclamations over our nation!

We heard next from Matt Bird of the Cinnamon Network, who is involved in 30 projects representing 56 churches throughout the country. He wants to encourage stronger civic and community relationships and so the network is inviting churches around the UK to host a civic prayer event and invite MPS and representatives from local councils  to the event to pray for the work they do!

Roy Crowne, Executive Director of Hope Together, reported on working with prison chaplains; they have handed out over 85,0000 books of hope to prisoners in one UK prison.They plan on reaching every prisoner in the UK with the book of hope!

Lisa Pearce, CEO of campaigners Open Doors UK and Ireland, described how the group has just launched a seven-year global campaign, Hope for the Middle East, featuring many of the 60 countries they work in, including Syria and Iraq.

We heard how an Egyptian pastor in Cairo got into a taxi and instead of the taxi driver taking him to his home he drove him miles away to an empty building and led him into a darkened room where 70 Imams were studying the Bible in secret!

During the afternoon there was a call for the prodigals to return and hundreds came in tears to place the names of their prodigals on the cross.

If you’ve been to any life-changing meetings recently, send a report of up to 300 words and clearly captioned photos (three maximum) as jpgs (not embedded in the document), as soon as possible after the event to editorial@heartpublications.co.uk