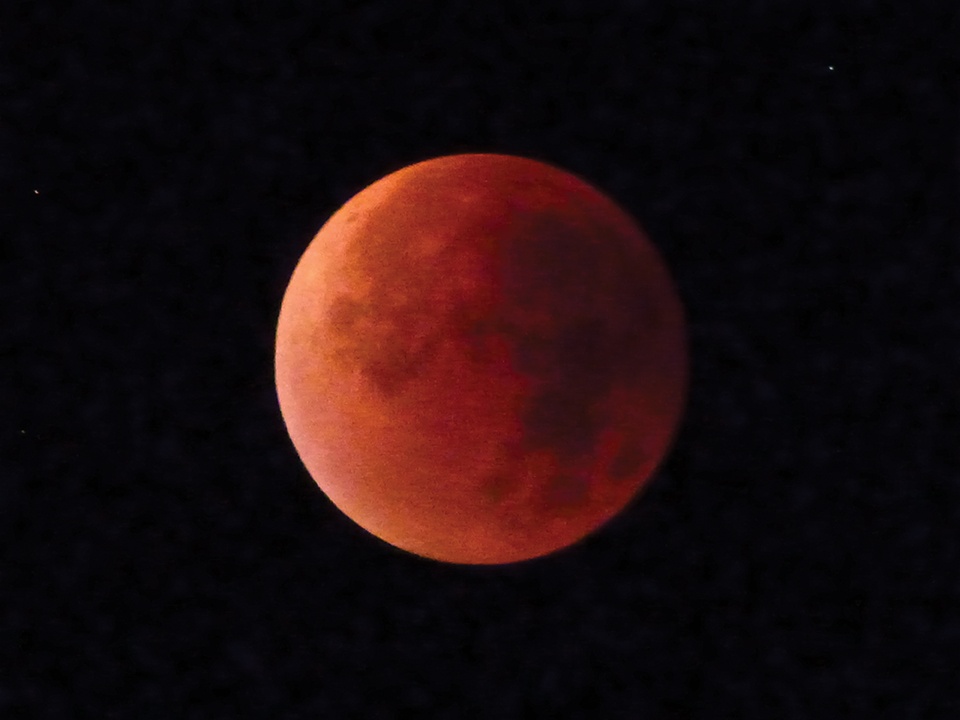 At the same time it was 33% brighter than other full moons because of its proximity to earth, so it is also called a ‘supermoon’. The spectacle was clearly visible in Sussex, so readers Ron Hemes and Graham Hardy sent in photos.

But the Bible says clearly that these ‘lights in the heavens’ are for signs and seasons and this was the fourth and last in a so-called ‘tetrad’ of blood moons over the past two years. Each has happened, not at Christmas or Easter, but at the biblical feast times of Passover (usually in April) and the Feast of Tabernacles (September).

Followers of these phenomena refer to scripture:

“The sun will be turned to darkness and the moon to blood before the coming of the great and dreadful day of the Lord.” (Joel 2:31)

The biblical year of Jubilee has also just started, when debts must be repaid – willingly or not by individuals and nations. In the past this has signalled an economic crisis and realignment of nations’ power.

The timing of these galactic signposts cannot be ignored. Whatever the significance, it seems God knows how to get our attention and we must surely watch and pray.