Parents have no say in what is taught 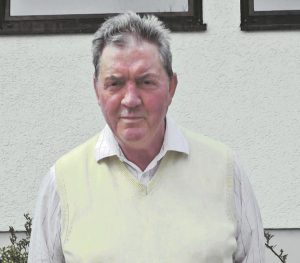 Charlie Colchester, leader of the Let Kids Be Kids Coalition and co-founder of CARE, is leading the fight against the sexualisation of children

Christian, Jewish and Muslim parents have launched a legal challenge to the government’s new sex and relationship education (RSE) curriculum.

They are seeking a judicial review because parents are no longer allowed to withdraw their children from RSE classes.

The Let Kids Be Kids Coalition says children as young as five must attend ‘compulsory classes’, which may cover transgender and LGBTQI issues.

Although the exact content is determined by schools, parents have no say in what is taught and, for the first time, no right to withdraw their children. In addition, from age 15, children can opt-in, against parental wishes.

Many primary schools already use books about sexual orientation and gender dysphoria.

The Coalition has written to the government, complaining that the new system “no longer gives effect to the rights of parents to ensure teaching in conformity with their own religious and philosophical convictions, and is therefore in breach of the parents’ rights.”

Charlie Colchester, leader of the Coalition, told Christianity magazine that the new curriculum “runs the risk of sexualising an entire generation of children”.

The campaign group is now fundraising for the legal costs at crowdjustice.com and CitizenGo have a petition in support of the Coalition’s aims.