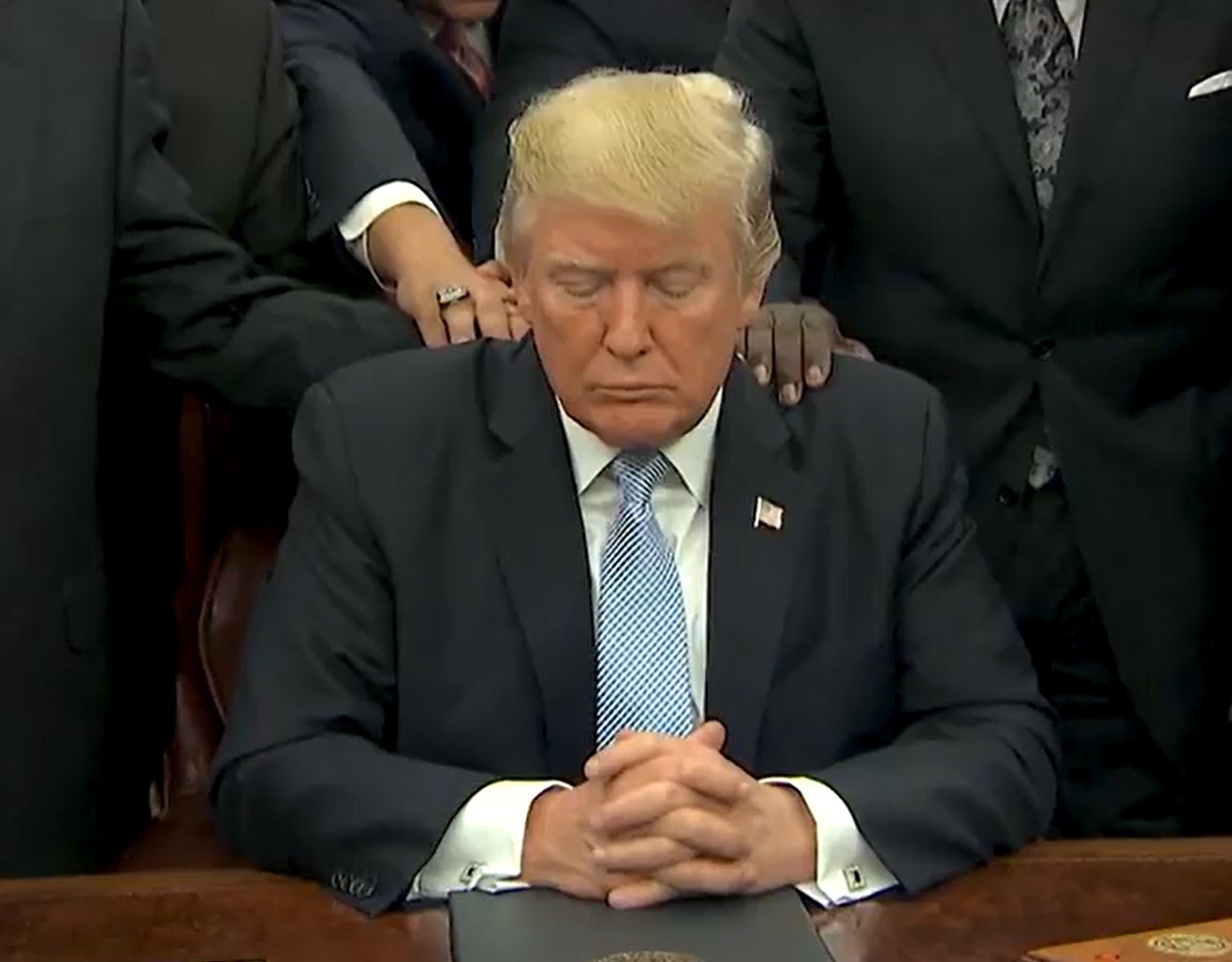 The storm devastated Texas, particularly Houston, followed by another hurricane, Irma, which cut off power to 6.5 million people in Florida, after ripping through the Caribbean islands.

At a signing ceremony for the Day of Prayer, Mr Trump met representatives of aid organisations like the Salvation Army, the Red Cross, and Southern Baptist Disaster Relief, which were feeding and sheltering storm survivors.

President Donald Trump’s proclamation read: “From the beginning of our nation, Americans have joined together in prayer during times of great need. I call on all Americans and houses of worship throughout the nation to join in one voice of prayer, as we seek to uplift one another and assist those suffering from the consequences of this terrible storm.”

After signing the proclamation, Mr Trump asked Dallas Pastor Robert Jeffress to pray for him and the nation.

Pastor Jeffress prayed: “Father, I thank you that we have a president, President Donald Trump, who believes in the power of prayer. We thank you that the president had the wisdom to call our nation right now to a Day of Prayer…”

“We pray for healing for our country. We pray for physical healing for those who have suffered the devastation from Hurricane Harvey. Father be with them, provide for their needs.”

The President and First Lady Melania observed the National Day of Prayer at St John’s Episcopal Church near the White House.

Texas Governor Greg Abbott also declared 3 September a Day of Prayer in the Lone Star state, reminding Texans that the “greatest power that exists is the power of God, and the way that God can touch and move all of our lives. It was God acting through the lives of so many Texans who came to the rescue of other Texans…”

Vice President Mike Pence earned praise not only for his words on the disaster but his practical example. In Rockport, Texas, he helped clear debris from a yard where Harvey had flattened trees. Meanwhile,

President Trump donated $1 million of his own money to Harvey aid organisations, and thanked religious groups for their help, saying: “Faith-based organisations have been incredible.”