DOUBLE TROUBLE: Christians and Jews are both in the firing line

Why I sense that God is speaking to both Christians and Jews, telling us we’re in this together

With Israelis recently bombarded by 700 rockets within the space of a single weekend in May, courtesy of terrorist neighbours Hamas, it is well to recall that – 80 years ago – it was the British government pulling the trigger.

Yes, the mother of parliaments, now in complete disarray over our future in Europe, made a decision on 22 May 1939 which effectively sent thousands of Jews to certain death.

Capitulating to Arab opposition, a White Paper was passed on that day severely restricting entry to Palestine (then under Britain’s mandate) of Jews fleeing Nazi persecution. It was a shocking betrayal of our pledge to prepare a home for Jewish people to live in safety.

And it is significant that the anniversary more or less coincides with the EU elections which we should never have needed to contest three years after a majority, 17.4 million of our citizens, voted to leave the European Union.

Having betrayed the Jewish people so shamefully 80 years ago, the British people themselves are now feeling betrayed by the same parliament. Is there perhaps a connection?

The prophet Obadiah writes: “The day of the Lord is near for all nations. As you have done, it will be done to you; your deeds will return upon your own head.” (Obadiah 1:15).

There was a day, in 19th century Britain, when we acted more decisively and with greater honour and compassion, as viewers of the hit ITV series ‘Victoria’ will have observed.1

In 1850 Foreign Secretary Lord Palmerston actually ordered a naval blockade in response to an Easter anti-Semitic outrage in Athens involving a British subject. 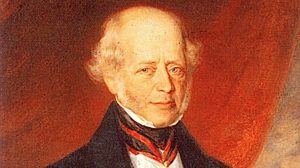 Greek police stood by while a mob ransacked and burned down the house of Gibraltar-born Jew David ‘Don’ Pacifico, injuring his wife and children. Rioting had broken out after the Greek government banned the traditional burning of an effigy of Judas Iscariot in apparent deference to a wealthy British Jew, Lord Rothschild, who was in the country to discuss offering a loan.

Pacifico, a former Portuguese consul-general, was targeted in his capacity as de-facto leader of the city’s Jewish community, but the Greek government refused to pay him  compensation, so Palmerston instigated ‘gun boat diplomacy’ – and the Greeks paid up.

Some saw sending the navy as a cynical attempt to settle other scores with the Greek government, but Palmerston was also a key figure in early political moves designed to facilitate the restoration of Israel.

Tragically, it seems that Britain is now playing the role of Judas, the betrayer of Jesus, the Jewish Messiah, turning on their own Christians in a bid to silence those holding to the truth of the Gospel and the commandments of God which have been recklessly jettisoned by the government.

It seems that Britain is now playing the role of Judas 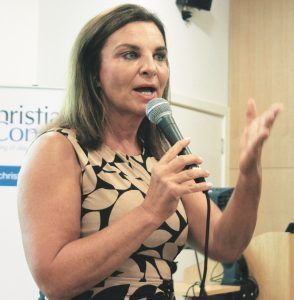 The Christian Legal Centre is now getting four or five distress calls a week from Christians who have their job security threatened for referring to their biblical beliefs. Its CEO, Andrea Williams, told an Issachar Ministries conference this March that growing pressure on Christians should now make them think about setting up their own schools and businesses.

But I also sense that God is speaking to both Christians and Jews, telling us we’re in this
together.

The Church must understand that the Jews brought us the Gospel and Jews need to acknowledge that Jesus is their Messiah. And we must tell them – it’s a way of saying “thank you”, just as many grateful Africans have come over to Britain to thank us for our faithful forefathers who took the Gospel to their countries, often sacrificing their lives in the process.

These Nigerians, Zambians, Zimbabweans and others are now living among us, preaching with passion the message we have largely discarded, acting as lighthouses to a rudderless society in danger of shipwreck.

That we are in this together was brought home most forcefully through Sri Lanka’s Easter Sunday terror attacks. Though the targets of the atrocity were the Christians, two of the eight British citizens killed by the bombs were Jews – siblings Amelie and Daniel Linsey.

In spite of the British turning on their own Christians, I am pleased to say that the plight of persecuted Christians abroad has at last been acknowledged by our government, thanks to a report commissioned by Foreign Secretary Jeremy Hunt, who has already opened the way towards further reconciliation with the Jewish community by apologising for that now notorious 1939 White Paper.

Mr Hunt, reportedly a committed Christian, who has admitted to the BBC’s World Service that he is a “man of faith”, said that Christians are enduring what amounts to genocide in some parts of the world and are being driven out of the Middle East in a modern-day exodus.2

I sense that God is speaking to both Christians and Jews, telling us we’re in this together

We must stand together with our brothers in the ancient faith of Abraham, Isaac and Jacob, and be a blessing to one another. The Jews’ deed to the land is, primarily, in the Bible (Genesis 17:7-8). And our right to inherit the faith of Abraham is also in our Bible: “Therefore the promise comes through faith, so that it might be by grace, that the promise would be certain to all the descendants, not only to those who are of the law, but also to those who are of the faith of Abraham, who is the father of us all…”(Romans 4:16, MEV).

Beyond the Final Curtain: What Happens When We Die