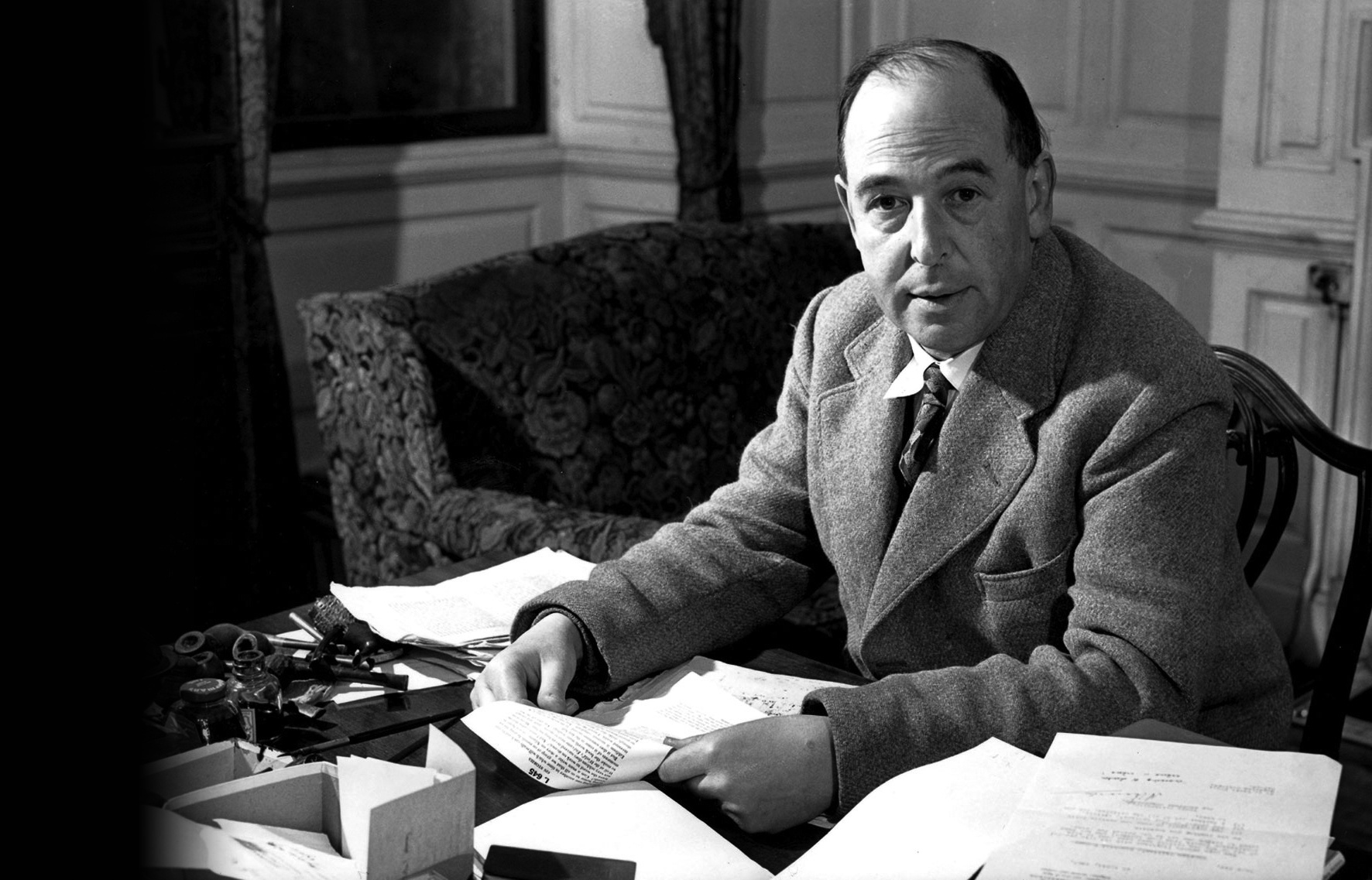 A quote, apparently by C S Lewis, went viral (what else currently?) on social media in March 2020.

In fact, it appears to have been inspired in 2020. 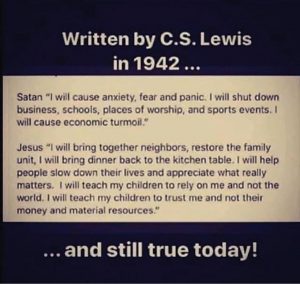 According to Reuters, it can be traced back to a Facebook post made on 12 March by a US woman named Heidi May.

May told Reuters she wrote the exchange on a day she was “feeling overwhelmed”, adding, “Jesus spoke these words to my heart.”

C S Lewis has quotes misattributed to him so frequently that author William O’Flaherty wrote a book in 2018 called, ‘The Misquotable C S Lewis’, claiming to have all of Lewis’s Christian writings in electronic, searchable form (even material not available to the general public) and also all of the books by Lewis that aren’t specifically aimed at the Christian market.

What did Lewis say that was related to this topic? O’Flaherty recommends that the best places to read about Lewis’s views on life’s struggles are ‘The Problem of Pain’ and two essays Lewis wrote on similar themes: ‘Learning in wartime’ and ‘On living in an atomic age’. Sadly, Lewis’s comment about carrying on as usual before an atom bomb strikes doesn’t really work during enforced ‘social distancing’, although his throwaway remark about a microbe is prescient:

“If we are all going to be destroyed by an atomic bomb, let that bomb when it comes find us doing sensible and human things—praying, working, teaching, reading, listening to music, bathing the children, playing tennis, chatting to our friends over a pint and a game of darts—not huddled together like frightened sheep and thinking about bombs. They may break our bodies (any microbe can do that) but they need not dominate our minds.”

From ‘On living in an atomic Age’ (in ‘Present Concerns’)

“I could well believe that it is God’s intention, since we have refused milder remedies, to compel us into unity, by persecution even and hardship. Satan is without doubt nothing else than a hammer in the hand of a benevolent and severe God. For all, either willingly or unwillingly, do the will of God: Judas and Satan as tools or instruments, John and Peter as sons.”

From ‘The Collected Letters of C S Lewis’, Volume 2 (to Don Giovanni Calabria on 20 September 1947)

“We are not necessarily doubting that God will do the best for us; we are wondering how painful the best will turn out to be.”

“The idea that our sorrow is part of the world’s sorrow is, in certain moods, moving enough: the mere fact that lots of other people have had toothache does not make toothache less painful.”

From ‘Psycho-analysis and Literary Criticism’ (in ‘Selected Literary Essays’)

“One is given strength to bear what happens to one, but not the one hundred and one different things that might happen.” (Emphasis by Lewis)

From ‘The Collected Letters of C S Lewis’, Volume 3 (to Mary Willis Shelburne on 8 March 1956)