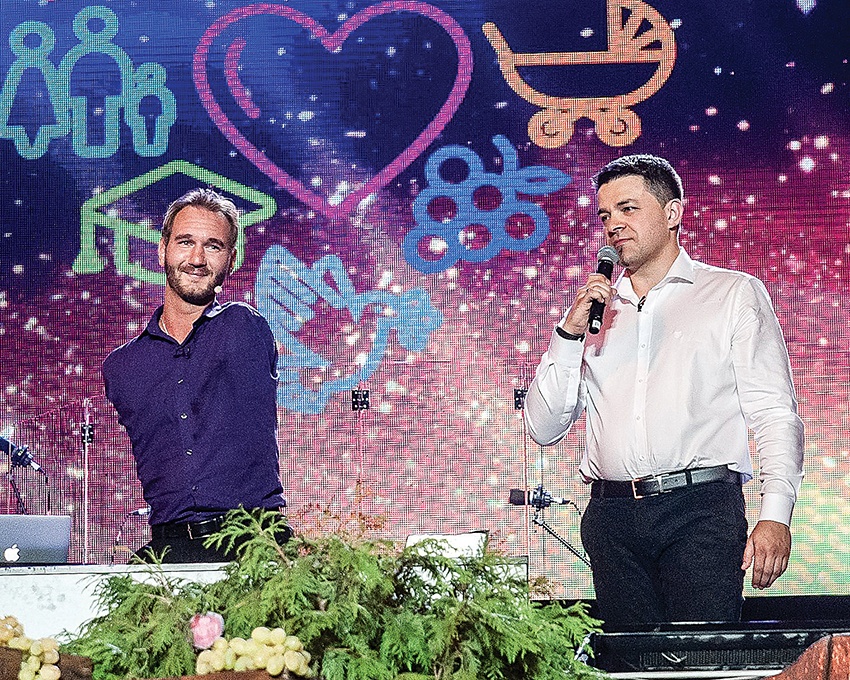 400,000 people have a begun a new life in Ukraine after a severely disabled speaker told them that God has a plan for everyone’s life – even his.

Good News newspaper reports that Nick Vujicic, who has no legs or arms, saw this huge number of people begin a new spiritual journey with Jesus Christ after he spoke in the Ukrainian capital. Their decisions took place on the same streets where, only a few decades ago, people were forced to demonstrate in support of atheistic communism.

Nick, who was born with tetra-amelia syndrome, an extremely rare disorder characterised by the absence of arms and legs, said the gathering in September was “the biggest event that our team at Life Without Limbs (LWL) has seen… 800,000 people in the streets of Kiev!”

The Australian evangelist added that LWL can now celebrate a total of “one million decisions to walk with and trust God” as a result of his speaking around the globe. Nick says he started his ministry to encourage others who may have faced “countless challenges and obstacles” to remember that anything is possible with God.

As a child and teenager, he struggled with depression and loneliness and even wanted to commit suicide at the age of 10. But that changed when God spoke to him through the Bible and he realised there was a purpose for his life.