Christians in Nigeria continue to pay a high price for their faith. Islamist terrorists Boko Haram have killed around 14,000 people since 2013, and have driven some 60,000 from their homes – many of them Christians. 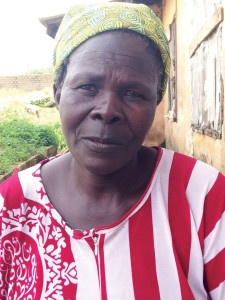 Esta – grateful to be alive

Esta had to flee five times to escape Boko Haram after they murdered her husband, Johanna. The fighters tortured Johanna in front of his son before killing him.

[Partners of Release International are now looking after Esta at a camp for the displaced in Jos, Plateau state.]

Esta said: ‘I feel grateful to God that I am at least alive, knowing that so many have been burned to death, macheted or shot, including children.’

Esta said she wanted to tell her story so that she, and thousands like her in Nigeria, would not be forgotten.