Right To Life UK report that a staggering 9,900,961 unborn children have lost their lives to abortion across England, Wales and Scotland since the practice was legalised in 1967. In 2020, more than one baby was lost to abortion every two and a half minutes.

Over 1 in 4 (25.2%) pregnancies in England and Wales now end in abortion, according to the most recent government statistics.

In 2020, more than one baby was lost to abortion every two and a half minutes

Right to Life UK spokesperson Catherine Robinson said: “It is a national tragedy that 9,900,961 lives have been lost since the passing of the 1967 Abortion Act… Every one of these abortions represents a failure of our society to protect the lives of babies in the womb and a failure to offer full support to women with unplanned pregnancies.”

A ban on conversion therapy was included in the Queen’s Speech in May for the second time, but Christian groups warn it could turn into “an LGBT blasphemy law”.

After the government flip-flopped on plans for the ban – first dropping the idea and then U-turning after a furious reaction from the gay lobby – the proposal was included in the legislative agenda. 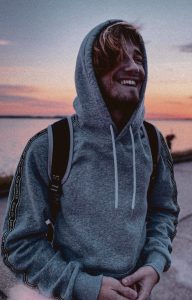 The government once again claims that the everyday work of churches will not be affected. However, several Christian groups warn that consensual conversations about identity, Bible studies and prayer could still be outlawed if the ban goes ahead.

Let Us Pray, which campaigns against church work being included in the ban and is backed by The Christian Institute, said the proposed bill could turn into “an LGBT blasphemy law, criminalising the mere expression of opinions”.

Let Us Pray spokesman Simon  Calvert questioned the need for the ban, since a leaked government memo “confirmed that LGBT people are already protected by existing law”. He said: “Pursuing this bill seems to be more about placating angry backbenchers than addressing an actual gap in the law.”

The leading Anglican anti-conversion therapy activist, Jayne Ozanne, wants prayer about sexual orientation banned and Calvert says that Humanists UK “even want to widen the ban to include ‘repentance’ – a core Christian practice”.

Conversations about identity, Bible studies and prayer could still be outlawed

A protest against the ban by those who have benefited from changing their sexual orientation, called X-Out Loud, is organised for 28 May
in Westminster. X-Out Loud’s Dr Elene Haralambous says: “It’s so important right now that we keep the pressure on the UK government to understand that there are a group of people who have come out of LGBT lifestyles, and to keep the door open to those who have unwanted same-sex attraction and gender confusion, and do everything to oppose this ideological ban.”

Despite US evangelist Franklin Graham being called a ‘hate preacher’ by the Mayor of Liverpool, thousands of people attended Liverpool’s Exhibition Centre on 14 May to hear him preach the Gospel.

The free event marked the first leg of his God Loves You Tour – a re-launch of the campaign he had originally planned for 2020. In that year, the venues he had been due to speak at cancelled his bookings after activists complained about his past comments on homosexuality and extremist Islam. However, the Billy Graham Evangelistic Association (BGEA) took legal action, claiming Graham had been discriminated against, and won every case.

Reporting on the cancellations in 2020, this paper pointed out that the same venues were closed by the Covid measures shortly afterwards, thus losing huge amounts of income.

This time, Liverpool Mayor Steve Rotherham tried to ban bus adverts for the tour and called Graham a “known hate preacher”. Yet when Blackpool Council removed his bus adverts following similar complaints, the Council had to issue an apology and pay compensation after being taken to court by the BGEA.

BGEA told Premier News that 2,000 churches across the UK are supporting the tour. After Liverpool, Graham was due to visit South Wales, Sheffield and London – unless protests again cause cancellations.

The BGEA won every case

The BGEA said: “Despite efforts to mischaracterise Rev Graham as a ‘hate preacher’ he has made it clear that he is coming to the UK with one purpose—to share a message of God’s love for all people.”

An employment tribunal has ruled that a pastor who was hounded out of his school caretaker job was discriminated against.

Pastor Waters says the Isle of Ely primary school forced him to resign because he had tweeted that LGBT Pride events are “harmful” to children and “contrary to Christian faith”.

“This is a victory for Christian evangelical leaders across the country”

The judges decided that Waters is “entitled” to hold his views on sexual relationships, even if they may “conflict with the fundamental rights of others” because his Christian beliefs are protected under the Equality Act 2010.

Waters said: “This is a victory, not just for me, but for Christian evangelical leaders across the country. The freedom to resign from your job or be silenced from speaking as a Christian pastor is no freedom at all.”

Waters was represented by the Christian Legal Centre. CEO Andrea Williams said this was a “crucial case for Christian freedom” and is “the latest in a long line of cases where honest, kind, normal people are subjected to harassment and intimidation for expressing moderate, mainstream Christian views on sexual ethics.”

She added: “Despite an abundance of psychological studies concluding that children exposed to sexually explicit content at an early age are more likely to develop disorders and addictions, there are many articles online that encourage parents to bring their children to Pride parades.”

Church of England members have been consulted for their opinions on same-sex marriage in advance of the next General Synod – the Church’s ‘parliament’.

The Living in Love and Faith consultation, which closed at the end of April, is part of a process questioning whether gay marriage should be allowed in the national Church.

Coalition for Marriage reports that the consultation has “been muddying the waters” by giving individuals’ feelings the same importance as biblical teaching.

Meanwhile, the Church of Scotland is set to approve same sex weddings after a majority of the Church’s 41 regional presbyteries indicated their support ahead of the General Assembly in June.