MASSACRE OF THE INNOCENTS 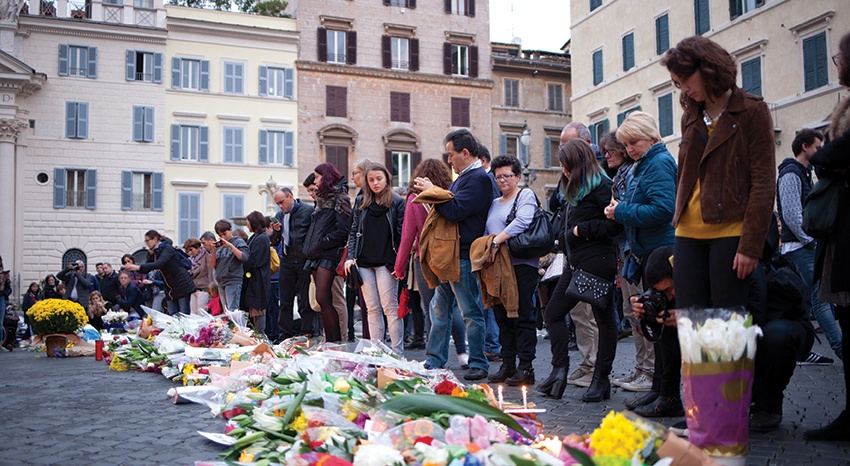 And it’s not Paris

Photo: Residents lay flowers at the scene of one of the recent terrorist massacres in central Paris …but where are the flowers for massacred Syrian Christian children?

WHAT HAS CHANGED SINCE THE FIRST CHRISTMAS?

A row of children lie face down, hands tied, before being shot by masked men. Evidence has emerged of a gruesome massacre, claimed to be of Syrian Christian children.

Just as Herod slaughtered all the boys aged up to two, so 2,000 years later children are being lined up and shot. Their crime? Loving Jesus; being born into the ‘wrong’ family; being in the wrong place at the wrong time.

We have decided not to print this photo in our newspaper because it is too upsetting. Yet we should be upset and ask why even Christians are so influenced by the secular media’s news choices. Why mourn the murder of adults in Paris whilst ignoring the massacre of innocent children in the Middle East?