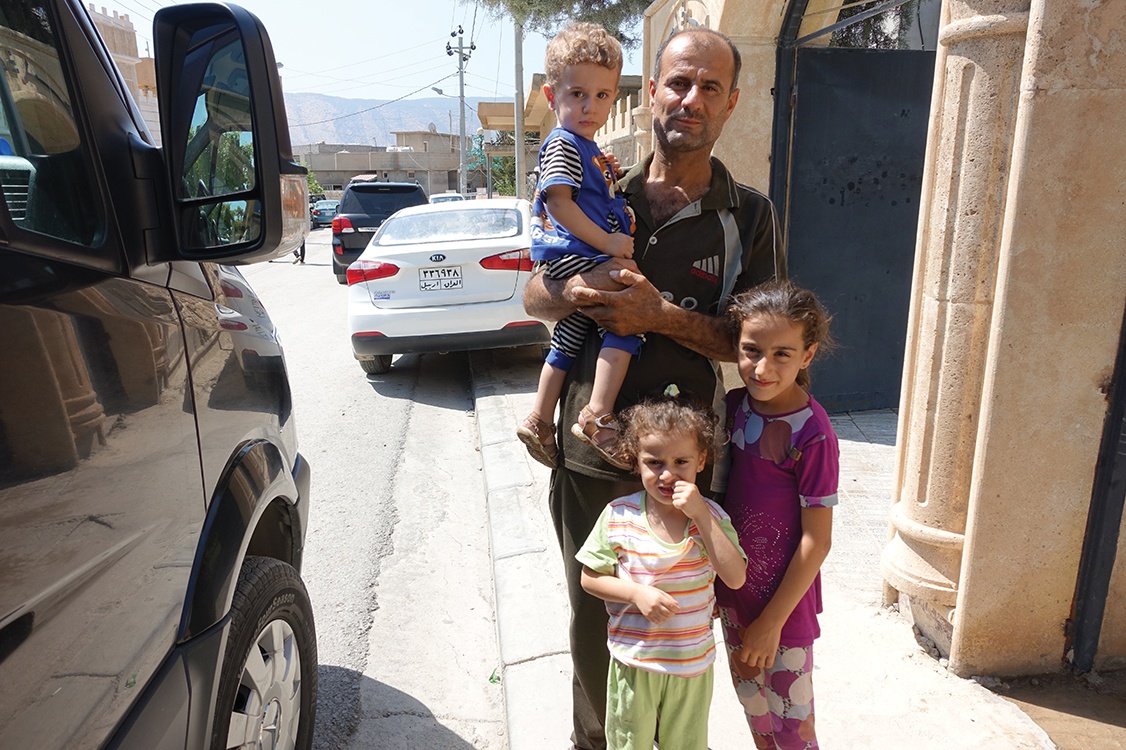 Christians across Syria and Iraq are struggling to survive. The advance of Islamic State (IS) has made an already devastating situation worse. Kidnappings and killings of Christians are on the increase, and some Christian women and girls have been enslaved.

Yet despite impassioned pleas from Christian campaigners, the British government will only bring in refugees from UN camps. And the UN’s camps are dangerous places for Christians – IF they escape the clutches of IS to arrive at one.

Two Archbishops and the Vicar of Baghdad have failed to persuade Mr Cameron to do more for Syrian and Iraqi Christians who face death daily.  Now it’s your turn

THE UN’S CAMPS ARE DANGEROUS PLACES FOR CHRISTIANS, even if they are allowed to register.

Reports have emerged of UN Muslim operatives refusing to register Christians unless they convert to Islam. Even if they have been registered, life inside is no holiday camp. The UN’s camps are filled with Muslims who intimidate and threaten the Christians. No wonder most Christians are fleeing to churches and camping in church grounds where they will need food, clothing and heat this winter.

Other reports speak of trained killers infiltrating camps in Jordan to exterminate Christians and ‘finish the job’ of eradicating Christians from the Middle East.

Friends in the Jewish community, the ‘Saturday people’ have been appalled at this treatment of the ‘Sunday people’. Lord Weidenfeld, the publisher whose escape from Nazi Germany was thanks to Quakers, has already raised funds to help evacuate Christians from the Middle East’s killing fields.

Yet despite public statements from Lord Carey, former Archbishop of Canterbury and Canon Andrew White, the Vicar of Baghdad, and the endorsement of the current Archbishop, Justin Welby, our government has refused to work with church leaders or regional governments to protect Syrian and Iraqi Christians.  Open Doors, a Christian human rights organisation,  says, “Christians in Iraq and Syria are asking us urgently to call on our politicians to do more on their behalf.”

Inside this paper you will find a petition launched by Barnabas Fund which urges our government to do more for Christians facing jihadist genocide.  You can start by taking the petition to your friends, neighbours and work colleagues; this is a human rights issue and it seems to be down to Christians to protect other Christians if our government won’t.

So often in this paper we’ve featured cases of persecution where we feel helpless; this time we CAN and MUST do something as simple as taking a petition round.  But don’t delay – the petition must be returned to the address on the form by 31 December.

How would it feel to have snipers aiming at your house?

Twelve-year-old Jack fled his home in Aleppo around nine months ago, along with his family. His father recalls how the constant threat of death finally drove them from the city.

“More than 75 percent of my neighbours were Christians,” he said, “but the terrorists came through and identified each of us by our faith. After that, we were targets.”

Snipers aiming their guns on their houses forced them to always stay at the back of the house. And “two or three times a week, bombs would drop in our neighbourhood,” he said. The parents alternated in taking the children one by one to school so that if the worst should happen, there would still be one parent to look after the other children.

Many of the church leaders who were until recently opposed to Christians leaving the Middle East now recognise that for many of their church members evacuation is necessary and inevitable.

Living in the cradle of Christianity, Syrian and Iraqi Christians trace their roots to the first century, but IS seems intent on destroying the Church. A Christian presence and witness 2,000 years old is disappearing before our eyes. Christians are among the stream of people trying to escape on the dangerous “death boats” to Europe.

Barnabas Fund has launched Operation Safe Havens to give Syrian Christians a safe escape route from the killing fields. Negotiating with Western governments to obtain visas for these desperate Christians, and working with local Christians to help the new arrivals settle in, Barnabas is providing a practical answer.

Already 163 Syrian Christians have reached Poland and 44 more are likely to follow there soon. Barnabas paid for their flights and other travel costs and is supporting them for a year while they find their feet and get jobs.  The aim is to replicate the Polish model across the world, enabling the safe re-settlement of as many as possible of the Syrian and Iraqi Christians who feel they must flee their homelands because there is no hope of survival for them and their children in the Middle East.

Negotiations with the Czech Republic are at an advanced stage and it looks likely that 152 Iraqi Christians will start new lives there. Barnabas is working on establishing pathways to other countries and negotiations are going well with a number, in particular Australia.

Costs vary depending on destination and other circumstances, but these are average costs for an individual:

See the insert in this paper for more information.