Is it time for Britain to get out of Europe?

This is the question increasingly being asked, not just among Tory grandees in Westminster, but right across the country. The discussion is not only taking place among politicians but in pubs and clubs where everyone can have their say. 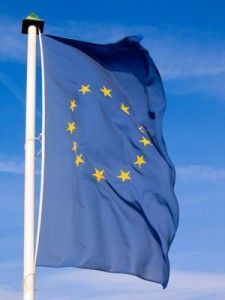 Ever since UKIP’s remarkable wins in the Council Elections at the beginning of May this year, the question of our relationship with Europe has been high on the political agenda.

But it is also a topic of conversation among all sections of the population – especially in those areas where there are large numbers of immigrants from Eastern Europe whose children present language problems for local schools and a variety of pressures on the health and welfare services.

The sudden rise of the United Kingdom Independence Party as a fourth party in British politics has rocked the political establishment in all three major parties, causing significant disturbance on the Tory back benches in the Commons.

The media have had a field day speculating on whether or not David Cameron’s promise of a 2017 referendum will satisfy the Euro-sceptics. Will he be able to renegotiate Britain’s position in Europe? Will this be enough to woo back disaffected voters? The PM knows perfectly well that given the present mood in the nation, if the British people were given the choice of an in-out vote now, the result is likely to be a resounding OUT!

There is no simple reason for the rising anti-European mood in the nation. Of course, there are elements of our long tradition of mild xenophobia resulting from our island status and our general mistrust of all things across the Channel. We have a sense of satisfaction in seeing the troubles the Eurozone nations have got themselves into by trying to turn a common-law currency agreement into a full-scale political marriage. We are glad to have stayed out of the Euro club.

The motives behind the Europeanizers have only slowly become apparent and this is what really disturbs British people. We feel cheated by our politicians for whom traditionally we have had a high regard. We don’t expect them to be liars and deceivers.

Yet this is what we have discovered they were back in the 1970s when they sold us the European idea on the grounds that we were entering a trade agreement with other European nations which would benefit our economy. It is only recently we have discovered that their intention right from the beginning was to create a single European super state and hand over our sovereignty to foreigners!

Trust in politicians has reached an all-time low, not only in Britain, but throughout Europe, where there is increasing unease in countries with high unemployment, rising levels of poverty and threats of national bankruptcy. The troubles in Europe increased the clamour in Britain for independence.

We are happy for a close trading relationship but we do not wish to be bound by all the rules and regulations of the EU that override our own courts of justice, prevent us from deporting unwanted foreigners, even stop us fishing in the seas around our own coastline.

But there is a price to independence. There has to be a sense of national unity and confidence of purpose. Britain has had this in the past when we were a great trading nation. But the vast demographic and cultural changes that have taken place have changed all that. Immigration, the Cultural Revolution and the Technological Revolution of the past 50 years have had a profound effect upon the nation.

The whole character of Britain has changed. The older generation can hardly recognise the British character they knew in their youth. In those days the nation not only had a sense of purpose but a common faith.   It was their faith in God that brought them through five horrendous years of war and the struggle to rebuild the nation after years of destruction.

GRANDPARENTS! Teach our youngsters the faith of your youth that got Britain through the war years

Those who have lived through the war years and the years of austerity in the post-war period have a vital role to play if a national referendum decides to break our links with the EU.

We have a whole generation of children and young people who know nothing of the Christian faith that is the heritage of this nation. In many families, their parents also have no clear understanding of Christianity and only a vague awareness of the existence of God.

Yet there is evidence from all over the country of a growing awareness among young people that there is something wrong in the nation and this is leading to a search for truth and for a different set of values.

This could indicate a major turning point in the nation but much depends upon the older generation and their ability to share their faith with their grandchildren. It is not sufficient to know that something is wrong. We have to know how to fix it!

Now is the time for grandparents to recover the faith and conviction that characterised their youth and communicate a living faith to their grandchildren.  Research shows that children often find it easier to confide in their grandparents than their parents.  For teenagers it is cool to have grandparents, whereas parents can sometimes be an embarrassment!

If Britain is to enter into a new period with a new independence and a new sense of purpose, much depends upon the ability of the older generation to share their experience, their values and their faith.