Since 2009, when Crystal McVea was clinically dead for nine minutes, she has told her story to Christian and secular TV stations, and has written a book. 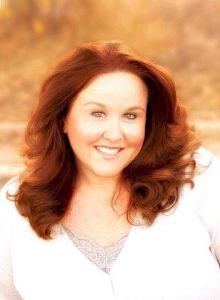 The married mother of four says she went to heaven after complications from pancreatitis.

While the medical team tried frantically to revive her, she knew she had died, yet was still herself. An extraordinary light was emanating from the presence of Jesus: “Words like ‘amazing’ and ‘perfect’ and ‘beautiful,’ fall so drastically short,” she says.

Although Crystal went to church, she had struggled with the idea of a loving God after being molested between the ages of three and 12 and grew up believing that she was “disgusting, broken and filthy”.

But now, bathed in divine love, she experienced a complete release from the emotional pain that had dogged her life.

Given a choice to return, she did so, transformed, with “a deeper relationship with Jesus”.

Crystal now works with homeless people and women in the adult entertainment industries, as well as speaking around the US. She and her husband Virgil live in Oklahoma.

‘Waking up in Heaven’ and ‘Chasing Heaven: What Dying Taught Me About Living’ by Crystal McVea. Crystal’s full testimony can be viewed at CBN’s 700 Club

‘Near death’ experiences have a common theme for Christians: they meet Jesus

There are plenty of ‘near death’ reports on the internet; the challenge is to find those that ring true for Bible believers. We believe these pass the test.

Other ‘Life from the dead’ stories can be found by clicking the links below:

Life from the dead – Christy Smith

Jesus took me over a threshold – Joan Daniel

Life from the dead for a pastor and for our nation

Have you had a near-death experience? Write to letters@heartpublications.co.uk

“Life from the dead” for a pastor and for our nation?