How I kept my healing 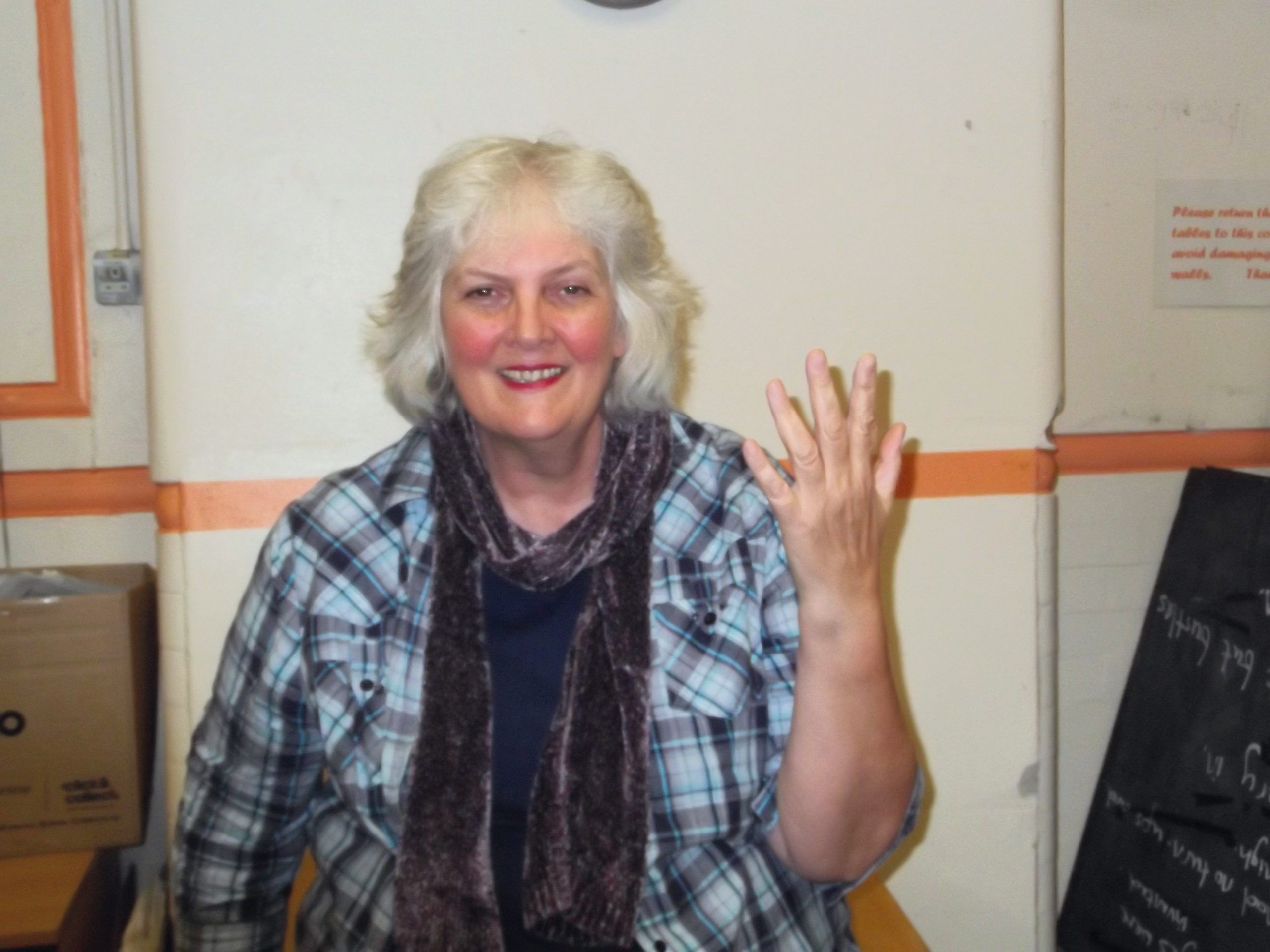 Too often, it seems, we can get prayer for healing in church, experience pain relief from a chronic condition, then next day feel the same or worse than before? How often are we tempted to sit back, accept it, and decide that it wasn’t God’s will to heal at that point? Read how one determined woman refused to accept it was not God’s will to heal her and changed her prayers so that she saw real results

FOOT HEALTH PRACTITIONER CHRIS GREEN could not afford not to be in full health. She is self-employed, running her own business, and also cares for her elderly mother who lives with her in a large chalet bungalow along with a mature dog and two budgies! In addition she has a gift for evangelism and nurtures new believers at her church, Coastlands in Worthing.

But this summer two apparent accidents caused her to wonder if she would be able to carry on with her busy life and fulfil all her responsibilities.

It all began on 4 August when Chris was walking her dog with a friend who had her own three dogs. Suddenly, when moving out of the way of a speeding dog, Chris knew she had damaged her left knee by hyper-extending it; now she could not bend it more than 90 degrees.

She limped along for a month and noticed some improvement after receiving prayer from visiting evangelist John Mellor on 13 September at church.

It was not back to normal, though; the pain had gone but the knee was stiff. On 5 October, she was inspired by the testimony of visiting preacher Keith Chapman Burnett of House of Victory Church, Bournemouth. Keith spoke of relying completely on God’s faithfulness when, rather than give up playing squash, a game he loved, after his leg was injured, he made himself play and the pain went! Chris started meditating on God’s faithfulness, but next day her knee was suddenly painful and weak again – “I couldn’t stand on it because it gave way! When I took the dog out, I could hardly get round the block, so I texted our pastor. He prayed over the phone and the pain went, although I still had a reduced range of movement.

Still meditating on God’s faithfulness, Chris’s prayers changed direction. “I was so thankful for his taking away the pain and weakness that I stopped asking for healing, and kept thanking God for the work he had done.”

That resolve was sorely tested just two days later on 8 October. Chris awoke to pain and weakness in her left knee, but was prompted to use a little card on ‘How to keep your healing’, which she had picked up at John Mellor’s meetings. “After reading it, I realised that Satan was trying to ‘steal’ my healing by bringing back the symptoms so I’d doubt God. So I thanked God for healing me and deliberately created an atmosphere of faith through thankfulness. I also commanded Satan to get off my healing and my life.”

On Sunday 19 October in church, Pastor Drew had a word of knowledge during the service that healing had taken place. Chris thought, “I’ll have that!” and thanked God afresh that she had been healed. By the end of the service, she realised that her knee had regained its full flexibility!

But less than a week later another trial came. After climbing on a chair to put the clock back, she fell and fractured her left radius. Feeling sick, she took herself to A&E where an X-ray showed a fracture across the distal end of the radius in her wrist.

“They put me in a ‘back slab’, which is plaster of paris along the back of the arm to allow the swelling to go down,” recalls Chris. “Then they told me to go to the fracture clinic on Friday to have it checked again.”

Next morning at home, Chris prayed, “Lord what is this about?”

She texted her pastor: “I am believing for miraculous healing.”

She went to church that evening and was prayed for: “I received that healing by faith again, and started to act accordingly, stretching out my hand and fingers. Despite the pain, I kept thanking the Lord for my healing and trusting.”

Whereas some would have understandably taken a few days or weeks off work to allow healing to take place ‘naturally’, Chris made the decision to continue seeing clients of her foot health practice, although it was very manual work. However, she found she had full range of movement and no swelling in her hand and wrist: “Each day I was able to do more, although Satan tried to rob me again mid-week. Suddenly the occasional pain became a grinding ache. But I told him to go in the name of Jesus – and he did!”

Chris continued to thank the Lord whenever she felt an ache or pain if she had attempted too much with her hand.

That Friday she returned to the fracture clinic for another X-ray. She asked to see the X-ray – and could not see the black fracture crack across the radius – just four days after the first X-ray!

But the doctor said, “We’ll put you in a plaster of paris cast.”

Chris queried this: “I have the full range of movement – what gain would there be?”

So the doctor agreed to let her walk out with a Velcro wrist brace which Chris wore when driving.

She realised she had experienced a miraculous but gradual healing, as day by day the symptoms lessened and each day she found she could do more with her arm. “God can choose to heal immediately, such as when hands are laid on you in a service, or gradually – but he does heal!”

The keys for Chris were agreeing with God that he is faithful and wants to heal and thanksgiving for what he was doing. “I saw that it needed an atmosphere of faith for healing to take place – not just saying, ‘Heal me’, but believing it was in progress. And also not to accept the return of symptoms!”

Keys to keeping your healing

Satan may try to rob you of your healing by putting doubt into your mind about your healing, causing your symptoms to return.

If you feel symptoms returning, refuse to accept it. If you have received Jesus Christ as your Saviour, you have the authority to rebuke the devil and command him to get his hands off your life.

Say aloud and forcefully: “In the name of Jesus Christ, I rebuke you, Satan, and command that you get your hands off my life and healing.  I am fully healed in Jesus’ name. I thank you, Jesus, for everything you have purchased for me on the Cross and for protecting me and healing me completely.”